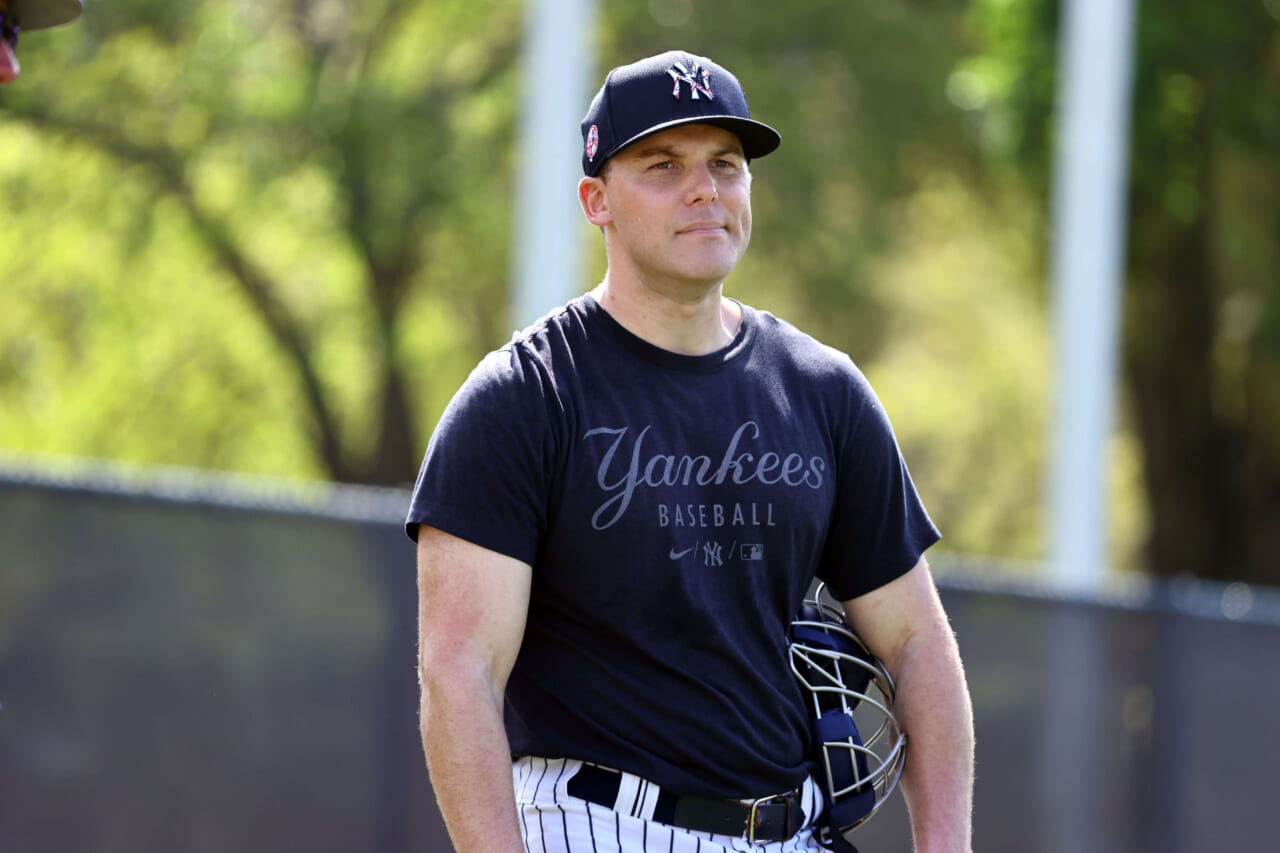 Just as fast as the New York Yankees gained catcher Ben Rortvedt from the Minnesota Twins in the blockbuster trade last week involving Gary Sanchez and Gio Urshela, he’s already picked up an oblique injury and will miss some swinging the bat.

Aaron Boone mentioned on Saturday the 25-year-old is still participating in catching drills but isn’t hitting, meaning Kyle Higashioka could end up being the primary catcher to start the regular season.

The Bombers acquired Rortvedt in addition to Isiah Kiner-Falefa and Josh Donaldson, but management expects to utilize a tandem at catcher to start the year with Higashioka.

Rortvedt featured in the MLB for 39 games last season, hitting .169 with three homers and seven RBIs. Most of his action came at the minor-league level, specifically in AAA during the 2021 season. He hit .254 with five homers and 22 RBIs over 34 games.

Higashioka, on the other hand, enjoyed 67 games with the Yankees last season, hitting .181 with 10 homers and 29 RBIs. He significantly needs to improve his efficiency at the plate, recording a 28% strikeout rate last year. However, Higashioka is a phenomenal defensive catcher, who Gerrit Cole prefers specifically.

RJ Barrett had an off night on offense, but he came through when the New York Knicks needed him the most.

Barrett scored the insurance free throws and made a defensive gem on Kentavious Caldwell-Pope’s three-point attempt at the buzzer as the Knicks escaped with a 100-97 win over the Washington Wizards Friday night at the Garden.

“RJ had an off night, but he kept competing,” New York coach Tom Thibodeau said.

Barrett only managed to shoot 6 of 22 from the field, but he scored half of his 18 points in the fourth quarter. His three-pointer at the four-minute mark gave the Knicks a 15-point lead.  Then the Wizards rallied behind former Knicks lottery pick Kristaps Porzingis and Kyle Kuzma to come within one, 98-97, with 42.4 seconds left.

Porzingis was once the beacon of hope for the Knicks. He became an All-Star and was on his way to breaking the rookie-extension curse for Knicks’ first-round picks until his fragile body and ego got in the way and led to a messy divorce. The 19,812 sellout crowd at the Garden lustily booed Porzingis. Unperturbed, he dropped six points and seven rebounds in the fourth quarter and almost had the last laugh. He finished with 18 and 11 rebounds but was denied to take the most important shots that went to Kuzma and Caldwell-Pope, which he said was in the flow of the game.

On the other end, Barrett, the new symbol of hope for the Knicks franchise, rose to the occasion. Despite his poor shooting, Barrett rescued the Knicks, a knight in shining armor. His better demeanor and overall leadership trump whatever Porzingis accomplished as a Knick. Barrett is on his way to doing what Porzingis failed to do — re-signed with the franchise after his rookie deal, a feat that hasn’t happened in over two decades.

Since the start of the new year, Barrett’s star turn has been the most crucial development for the Knicks, who may fall short of their playoff aspirations this season.

Barrett has averaged 23.8 points, 5.9 rebounds, and 3.6 assists over 23 games since January 2. During this best stretch of his young career, Barrett is shooting 41.9 percent from the field and 37.2 percent on 6.0 three-point attempts. His free throw attempts have also gone up to 7.1, making a respectable 71.8 percent. He was 5 for 6 at the stripes Friday night against the Wizards.

Before the new year, Barrett was only averaging 15.0 points, 5.6 rebounds, and 2.2 assists while shooting 40.0 percent from the field and 32.5 percent from beyond the arc. His free throw attempts were a meager 3.6 per game.

The Knicks are scrambling to make the play-in and have won five of their last seven games, where Barrett averaged 23.9 points, 6.0 rebounds, and 3.7 assists. The Knicks have been outscoring their opponents by 14.6 points when Barrett is on the floor during that stretch. More importantly, his free throw percentage — his Achilles heel — went up to 84.1 percent on 6.3 free throw attempts.

In the same seven-game stretch, the Knicks are the best defensive team in the NBA with a 102.6 defensive rating while the current no.1 team in the league, Phoenix Suns, is a far second allowing 105.2 points per 100 possessions.

The Knicks need a miracle — keep winning while the Hawks and Hornets go on a losing streak — to have a chance to gatecrash the play-in tournament. They will face the Hawks and Hornets on a back-to-back set on Tuesday and Wednesday that may well decide their fate. But even if they fall short, they can take this late-season surge momentum onto the next season where Barrett could make the All-Star leap. 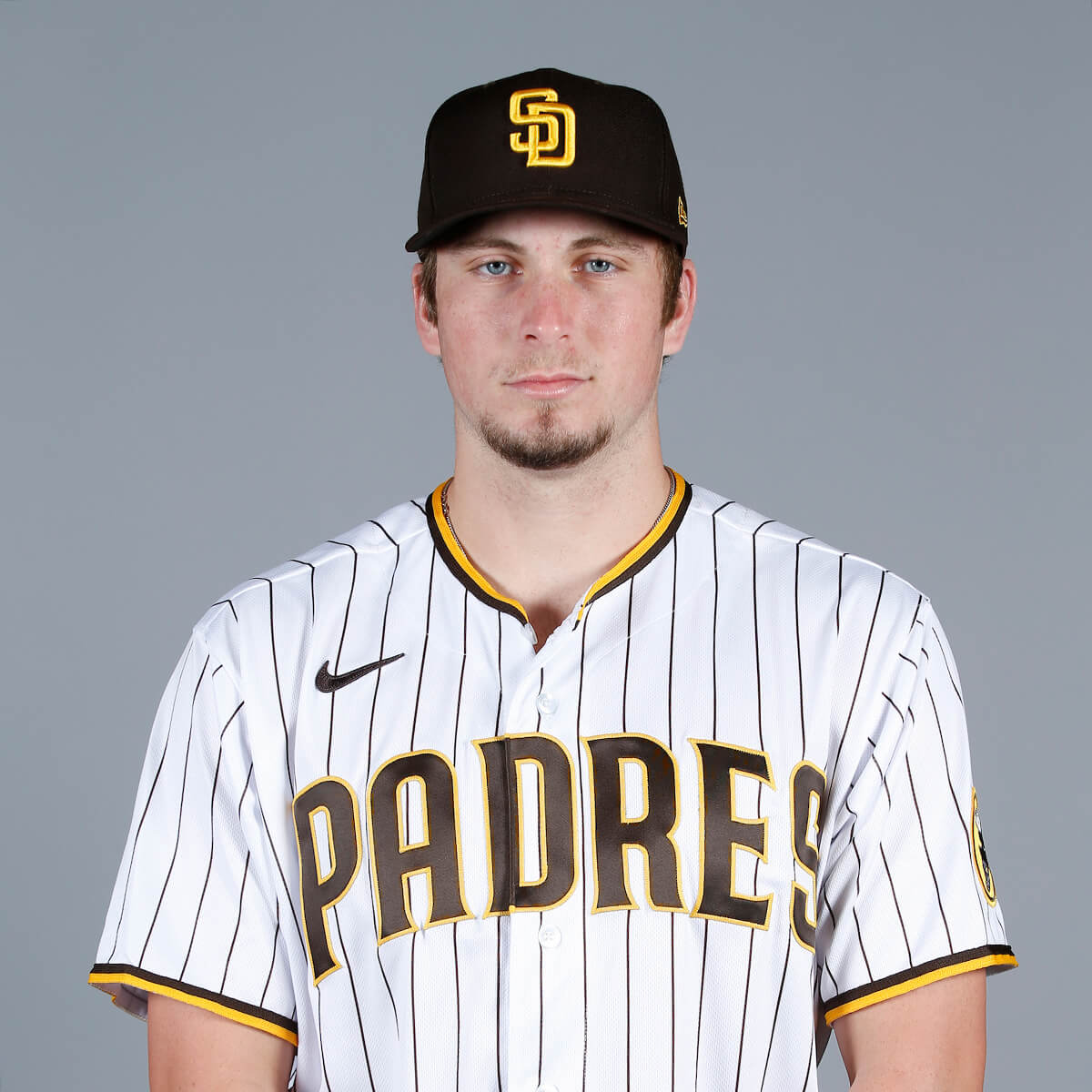 On Friday, the New York Yankees parted ways with one of their top sluggers in Luke Voit after extending Anthony Rizzo on a two-year, $32 million contract. Voit, who was simply the odd man out as a result of the Yankees wanting to take a more lefty-hitting approach, expected to be traded prior to the announcement.

Lange is an intriguing player that was drafted 34th overall in the 2020 MLB draft. Baseball America ranks Lange as the No. 16 prospect in the Padre’s system, but with the right coaching, he could become a talented MLB player down the road.

“He’s a talent, he’s got a good arm, he’s a good athlete; all those reasons are why we liked him in the Draft,” Padres general manager A.J. Preller said. “Ultimately, it’s a prospect that’s a little bit away. It’s going to take him some time. But we expect him to go out and do well for the Yankees. You always have to give up something that’s good to get somebody that’s good.”

At just 20 years old, Lange enjoyed his first action in the Padres farm system, posting a 6.95 ERA over 22 innings pitched.

Based on his tiny sample size of action, making any assumptions on Lange’s capabilities is premature.

The starting pitcher has a wide range of landing spots, but he’s good enough to become a solid player down the road. However, it is disappointing that the Bombers were unable to acquire a player who could at least make an impact at the major league level this upcoming season in exchange for Voit.

Just two years ago, during the abbreviated Covid campaign, Voit led the MLB in home runs with 22. Injuries have dampened his impact recently, but he is still a solid player who can contribute to the winning team. 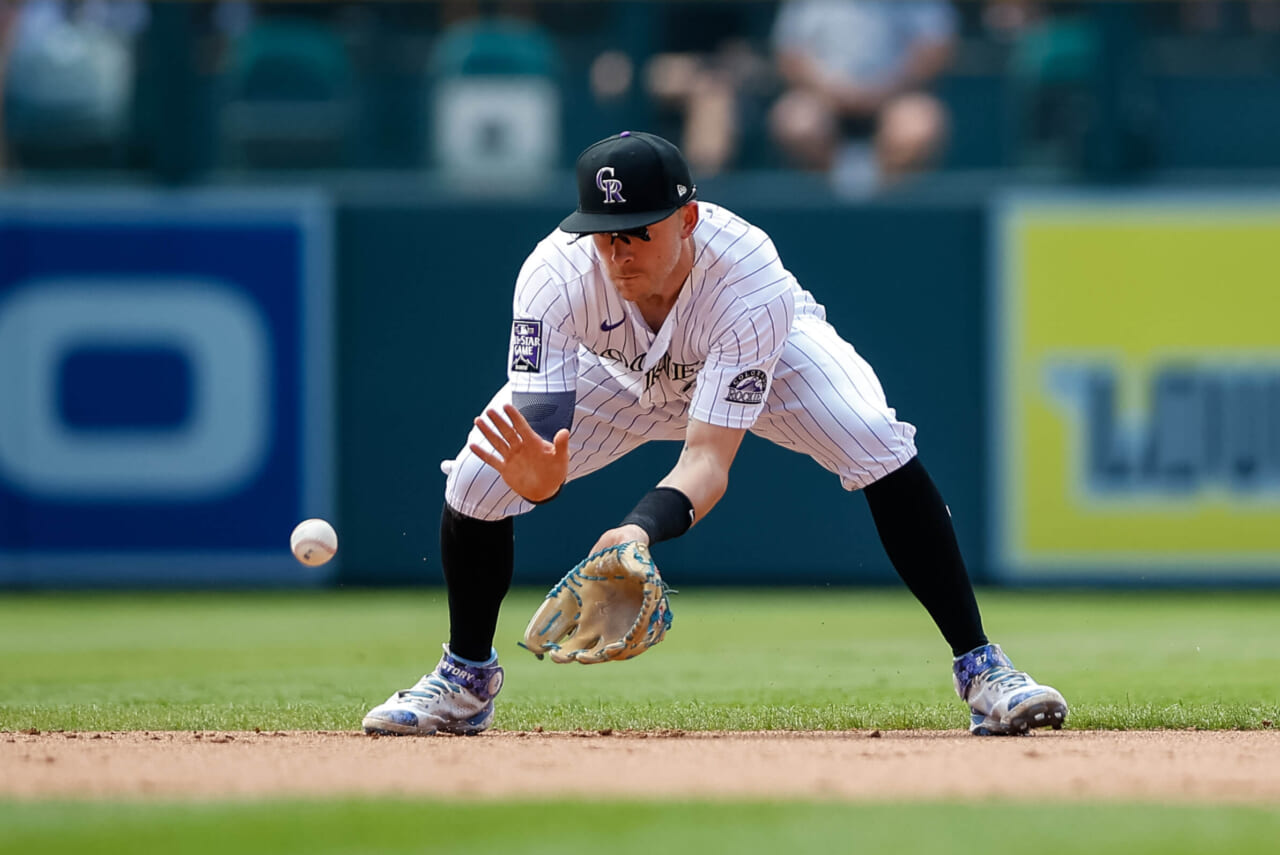 The New York Yankees missed out on the opportunity to sign Carlos Correa, instead, allowing the Minnesota Twins to swoop in and offer him a three-year deal worth over $100 million. In fact, Minnesota convinced general manager Brian Cashman to take on the contract of Josh Donaldson, paying him $50 million over the next two seasons.

With the money saved from Donaldson’s contract, Minnesota leveraged the situation and signed Correa to a short-term deal worth over $30 million per season. The Yankees easily could’ve managed a similar signing, but Cashman seemed to have been outsmarted in the process.

However, it is no surprise to see Cashman shift his attention to Trevor Story, who is the last remaining high-end shortstop on the open market. At 29 years old, Story is coming off a relatively down season with the Colorado Rockies in 2021. Over 142 games, Story posted a .251 average with 24 homers and 75 RBIs.

Yankees have emerged a possibility for Trevor Story. Under consideration at least.

Story’s average decreased a bit, but his slugging abilities remain sufficient, recording a hard-hit percentage of 42.6% and barrel percentage of 9.9%. Prior to the Covid abbreviated season in 2020, Trevor hit 35+ homers in two consecutive seasons, so there’s no question he contains raw power with great upside.

The Colorado star is also an accomplished defensive player, posting a .975 fielding percentage over 1175 innings last year with Colorado. He gave up just 14 errors and helped turn 85 double plays.

Despite the fact that the Yankees traded for Isiah Kiner-Falefa from Minnesota in a double deal, acquiring Story may allow them a bit more flexibility in the infield.

Story could theoretically fill the shortstop position while Kiner-Falefa moves to third base since Donaldson only played 92 games last season in the field. With Anthony Rizzo penciled in at first, DJ LeMahieu could act as a utility man. Of course, that would leave Gleyber Torres leftover, who the Yankees could leverage in a potential deal before the start of the regular season.

Signing Story would have to be a short-term deal worth $25+ million per season. If they do manage to strike a contract, Cashman will be beating himself up over losing out on Carlos Correa, who would’ve taken the roster to another level, especially given his postseason excellence. 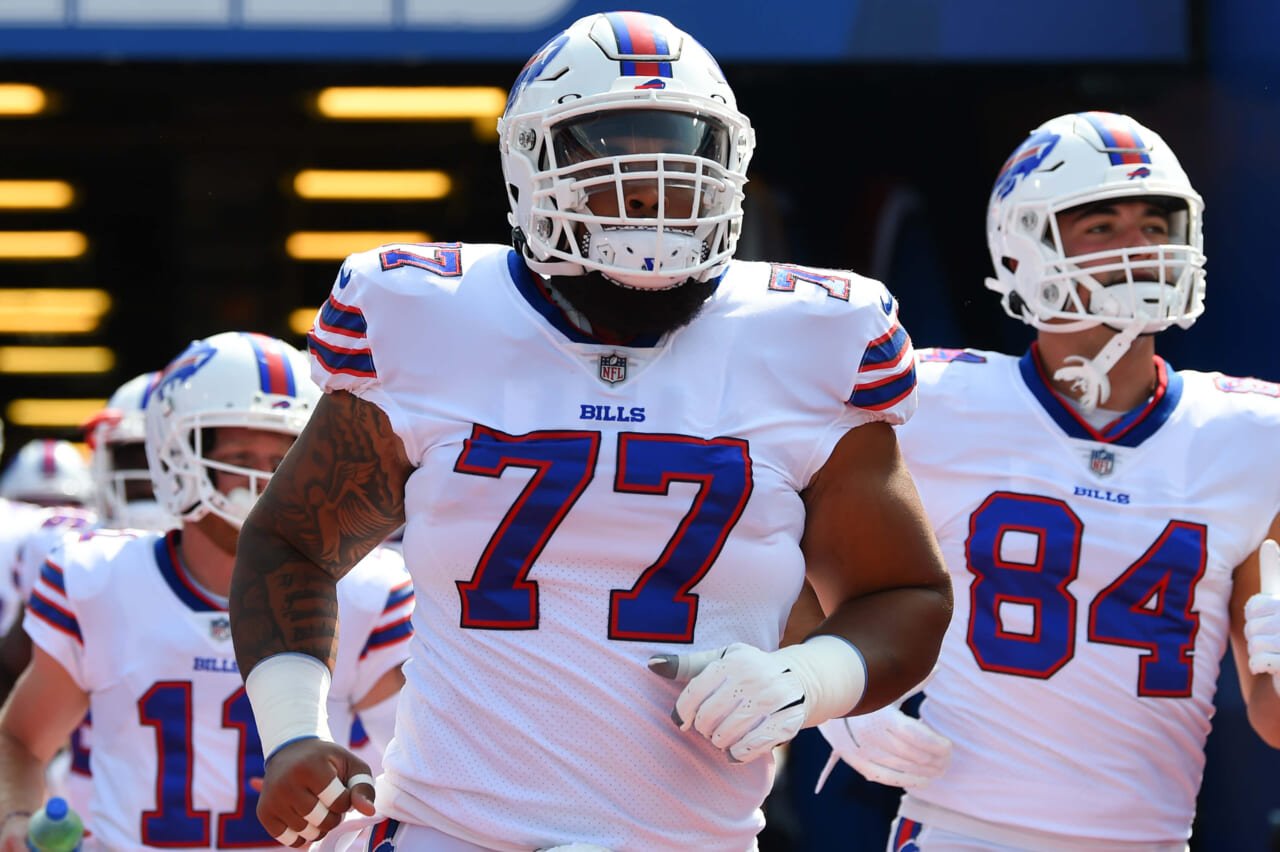 However, new general manager Joe Schoen continued his streak of signings on Friday night, bringing in Jamil Douglas, pending a physical. At 6’4″ and 310 pounds, Douglas was originally drafted by the Miami Dolphins in the 4th round of the 2015 NFL draft.

Douglas has just over 1000 career offensive snaps, spending time in Tennessee and Buffalo over the last two seasons. Douglas only played two snaps last season with the Bills under Brian Daboll’s leadership.

With the Giants having one of the worst-ranked pass-blocking units in football last year, injecting more talent was a necessity. Douglas will likely compete on the back-end at guard, but he has experience at both left guard, center, and right guard.

At the very least, Schoen has done a good job bringing in players who can compete at multiple positions, which was essential given how poor the Giants were at center and both guard spots in 2021.

I wouldn’t expect Douglas to be earning any more than a veteran minimum deal, but given his familiarity with Buffalo’s system and coaching staff, he should help make the transition a bit easier for new management. 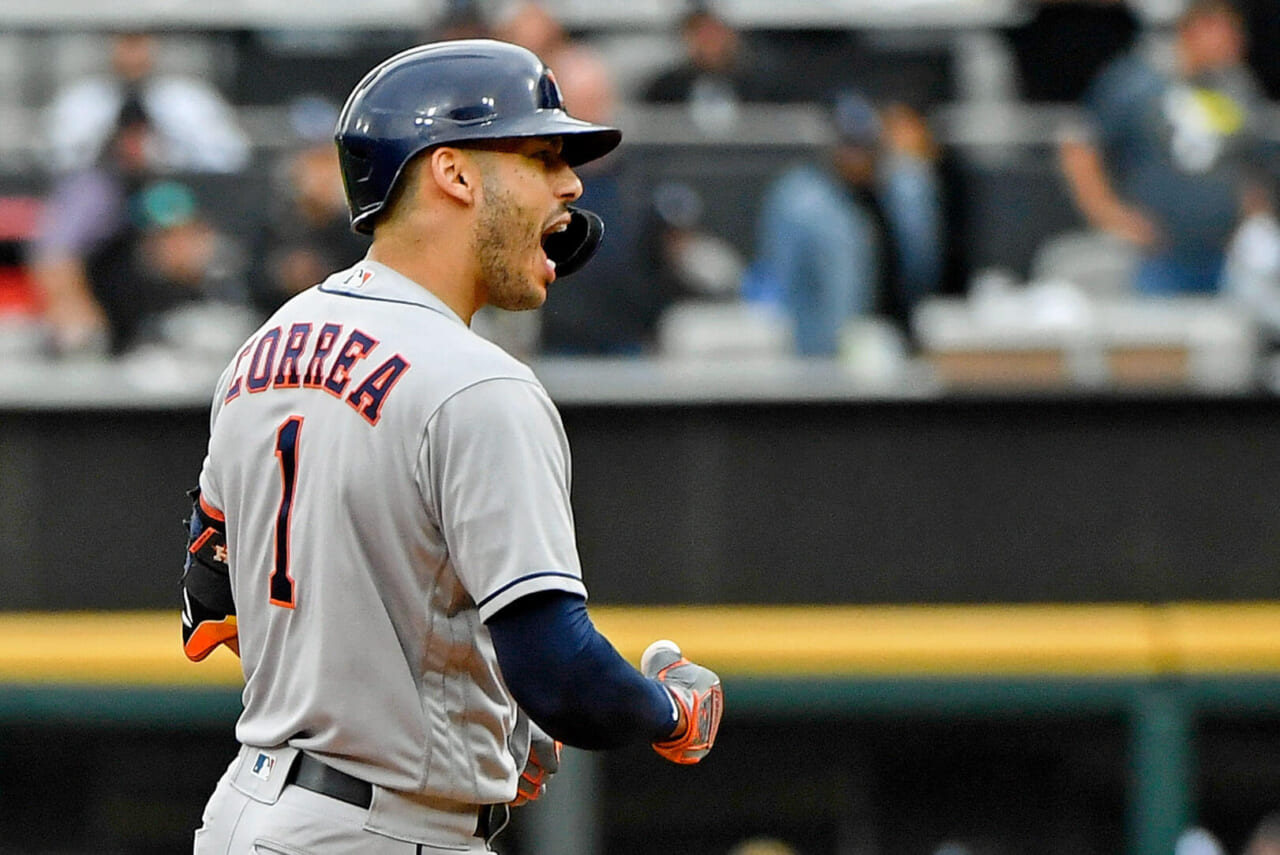 There were reports Friday afternoon that the New York Yankees could still be involved in the Carlos Correa sweepstakes, despite acquiring Isiah Kiner-Falefa in a blockbuster trade with the Minnesota Twins.

It took an arm and a leg just to acquire Kiner-Falefa in the first place, as general manager Brian Cashman consumed the contract of Josh Donaldson which will pay him $50 million over the next two seasons.

Minnesota clearly had other plans in mind, leveraging their position with free salary space to sign Carlos Correa on a three-year deal worth $105.3 million.

MLB source: Free agent shortstop Carlos Correa has reached an agreement with the Minnesota Twins (@Twins) on a three-year deal worth $105.3 million with opt outs after the first two years. Highest average annual value for an MLB infielder.

Correa has opt-outs built into the contract, but he will be paid $35+ million per season in the meantime, a luxurious contract that will make him one of the highest-paid players in the history of the game.

The Yankees missing out on Correa isn’t necessarily a bad thing considering they have several shortstops climbing the farm system who can contribute in the next few years. Kiner-Falefa offers the team a solid stopgap with upside at just 26 years old.

In the Yankees’ first spring training game of the season, Kiner-Falefa recorded two hits and one run over three at-bats. The former Texas Ranger and Twin smacked a double to left field in the first inning and singled to centerfield in the 5th.

Volpe took over for Kiner-Falefa after his single. In Volpe’s lone at-bat, the stud prospect struck out, but he should receive plenty of action over the next few weeks until the regular season officially begins.

Most fans would agree that the Yankees have failed to make any blockbuster moves that significantly improve the roster, but Cashman still has time to acquire a starting pitcher to pair with Garrett Cole at the top of the rotation. Keep an eye on Sean Manaea and Frankie Montas of the Oakland A’s as potential trade candidates in the coming days.