Bucks beat Heat, give Knicks a shot at finishing as 4th seed 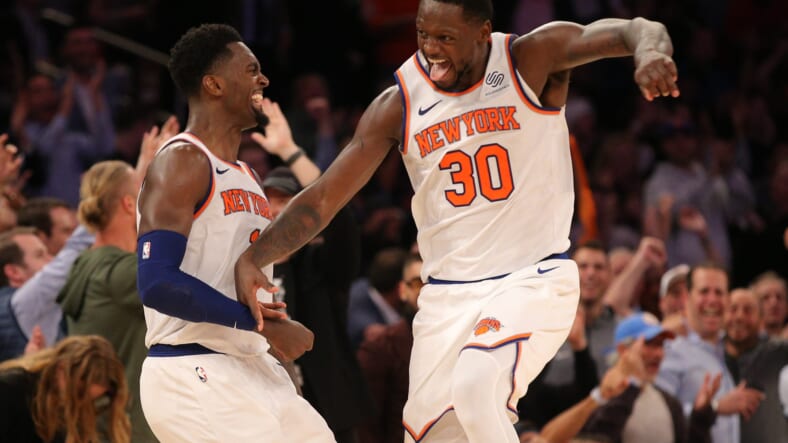 The New York Knicks hustled their way to get here, and Lady Luck smiled on them.

After outlasting the Charlotte Hornets in overtime, 118-109, earlier on Saturday, the Knicks needed a Miami Heat loss to stay in the hunt for a homecourt edge.

They got it with Jimmy Butler, a former Tom Thibodeau player sitting out due to lower back tightness, as the Milwaukee Bucks beat the Heat, 122-108.

Former Knick Bobby Portis scored 14 points off the bench while Khris Middleton led the Bucks with 21 in a rousing win that set up a dramatic Knicks-Celtics season finale at The Garden on a Sunday matinee.

The Knicks can clinch the fourth seed with a victory against the Celtics even if the Atlanta Hawks win over the leagueâ€™s worst team, Houston Rockets.

New York holds the tiebreaker against Atlanta after the Knicks swept the Hawks in the regular season.

The Celtics will finish as the eighth seed no matter the outcome against the Knicks. Boston has already lost Jaylen Brown to a season-ending wrist injury, and they might opt to rest Jayson Tatum and Evan Fournier at the backend of a back-to-back schedule.

Brad Stevens said they’ll evaluate if Jayson Tatum and Evan Fournier play tomorrow based on how they are feeling tomorrow morning.

Tatum and Fournier started in Bostonâ€™s 124-108 win over Minnesota on Saturday.

With or without the Boston duo, the Knicks will go all out to secure their highest finish since they ended up as the second seed in the East during the 2012-13 season.