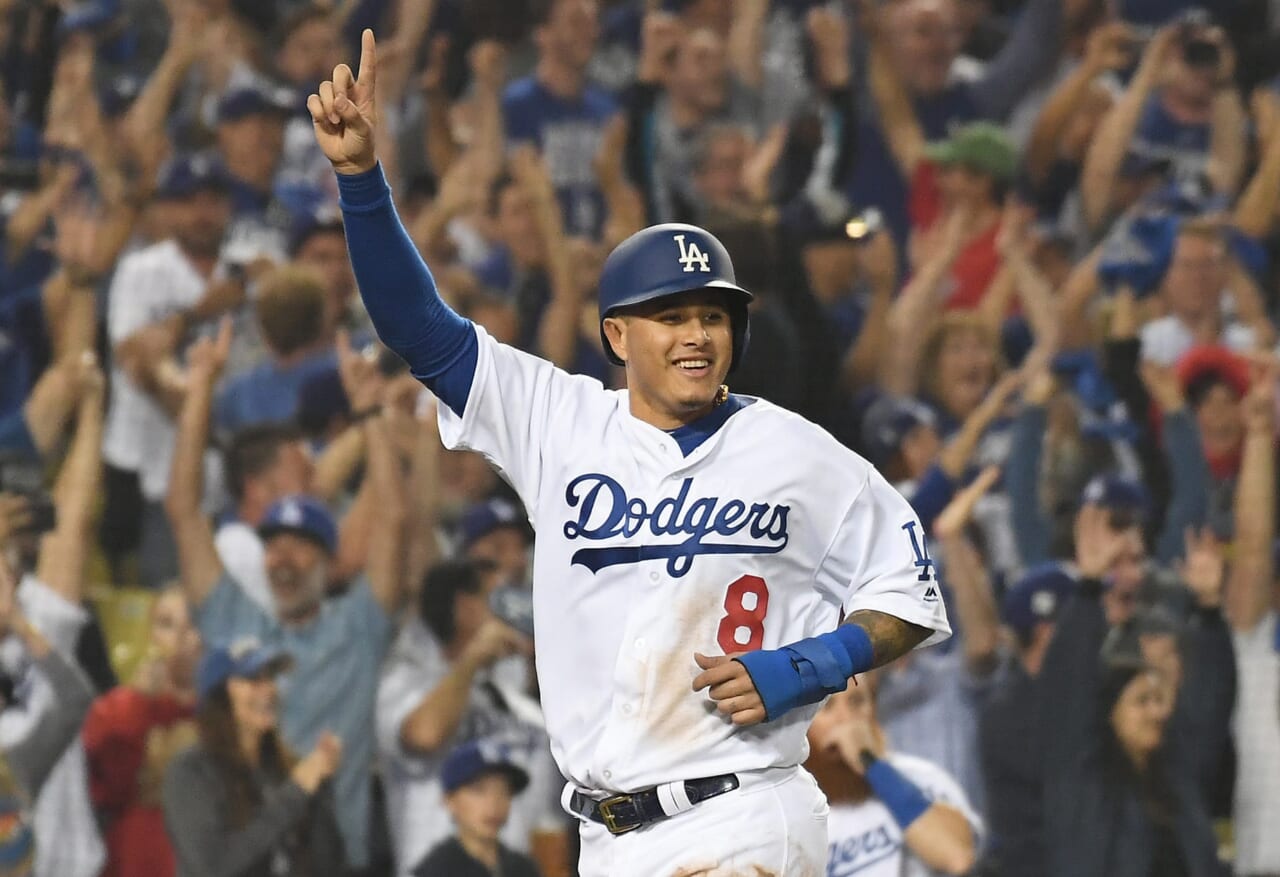 Have heard that the #Yankees, #Phillies, and #WhiteSox have all made their final offers to Manny Machado, and it is indeed New York where heâ€™ll be heading. Announcement expected early-January.

The Yankees met with Machado for a mereÂ 90-minutes before concluding their gathering, whereas he spent over four-hours with the Phillies.

He will likely fill in at shortstop while Gregorius heals after Tommy John surgery. It was reported that Machado wanted a deal in the 10-year, $300 million range and that he preferred the Yankees, his boy-hood club. The Bombers must have offered him something close to that number despite stating they wanted to stay under $300 million.

Andujar is now put in a peculiar position, as he’s the everyday third-baseman for the Yankees, where Machado featured in 2018. His natural position is at short, though, which might mean that Didi will be allowed to walk in free agency next winter.

Moving forward, the batting order for the Yankees will be intimidating for any team, especially with Aaron Judge and Giancarlo Stanton hitting consecutively with Machado.

The announcement is expected to be made in early January, after the New Years celebrations have concluded. 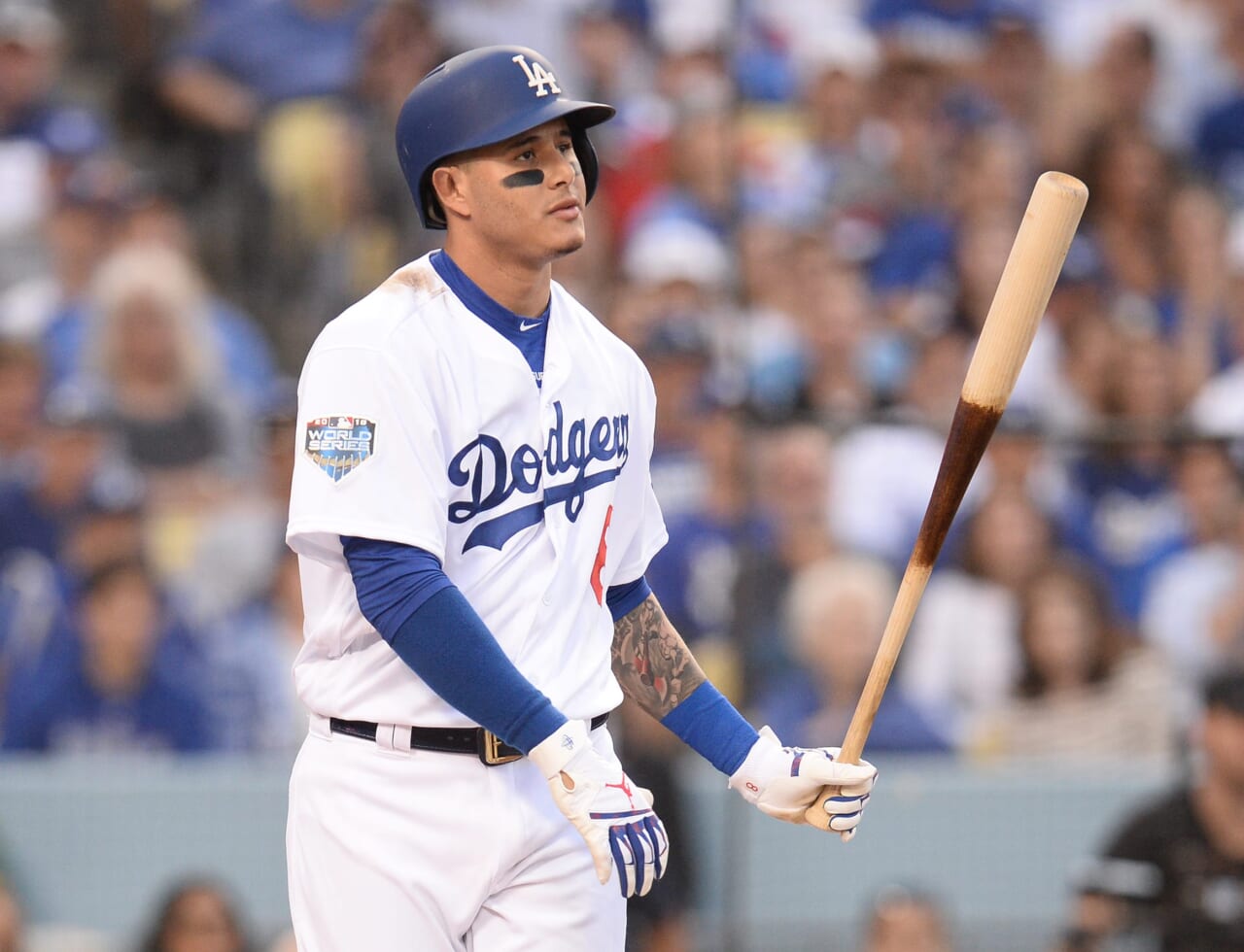 It’s no secret the New York Yankees are pursuing superstar free agent Manny Machado, and for a variety of reasons, him being added to the team makes sense.

While some have expressed their lack of desire to acquire the top talent, primarily due to his past effort and lapses of judgment at times, his presence would be beneficial.

Former Yankee and current free agent pitcher Zach Britton stated that he had a good relationship with Machado on the Baltimore Orioles, even going as far as stating he was a quality teammate and wasn’t a distraction by any means. That’s good to hear, as the red flags surrounding him fall primary around his work ethic and personality.

To start, it’s fair to say Machado would start the season at short-stop. Didi Greogius is recovering from Tommy John surgery and it seems he will miss a fair chunk of the 2019 season. The star free agent could fit right in at SS and potentially remain there for the forseable future. Didi is a free agent next winter, which might make him expendable, despite being a clubhouse and fan-favorite.

Nonetheless, the two-time Gold Glove winner is much more than just an above average fielder, he’s also a stellar hitter. In 2018, he slashed .297/.367/.905 – these numbers are MVP caliber, but while Machado didn’t win that particular award, he was an easy choice for the All-Star game.

Moving forward, the Phillies and White Sox are also interested in the third-baseman, but the Yankees hold the advantage being his boy-hood club. If they can come close to the deal he seeks – 10-years, $300 million – his signature will be a lock. 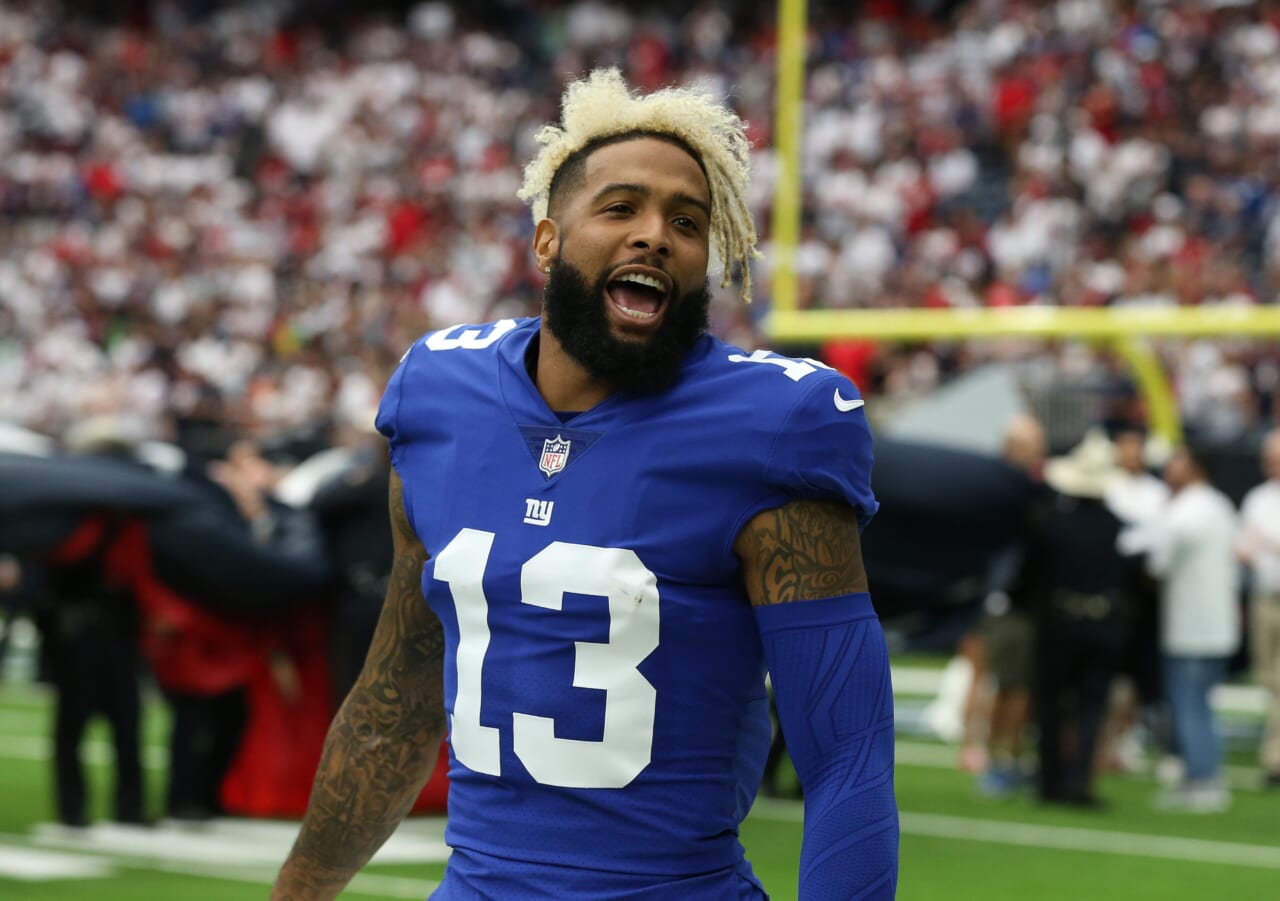 The New York Giants will be going all out for a win against the Dallas Cowboys on Sunday, but they may just have to do so for another game without one of their best players. The Odell Beckham Jr. injury has been one of the storylines of the second half of the season, and that injury could last through the end of the season and cause Beckham to miss the Dallas game in addition to every other game since the win against the Chicago Bears.

Beckham was a notable absence on Thursday’s practice, which isn’t a good sign for making a late season comeback to help the Giants out against their bitter rivals. Of course, it hasn’t been officially confirmed yet by Pat Shurmur. Shurmur had more optimistic words for the press, but those words don’t match up with Beckham sitting out of practice on Thursday.

“Weâ€™ll just have to see where theyâ€™re at. Theyâ€™re feeling better than they did last week, weâ€™ll just have to see,” Shurmur said, speaking of both Beckham and linebacker Alec Ogletree, who missed the most recent game while in concussion protocol. Ogletree also sat out practice and is unlikely to play in the game itself.

Beckham only has six touchdowns this season and barring a comeback for the last game, and a four touchdown performance, will finish without getting to double-digit touchdowns for the second straight year. You can’t put all the blame on Beckham, though. The offensive line has been shaky and, earlier in the season, was one of the worst in the league. With more pressure on Eli Manning, it’s been harder for Beckham to get the ball than it has been in past years.

Still, Beckham has 1,052 yards on the season, and Giants fans will be glad to see him back once he eventually recovers from his current quad injury. That, however, might not be until the season is already done. 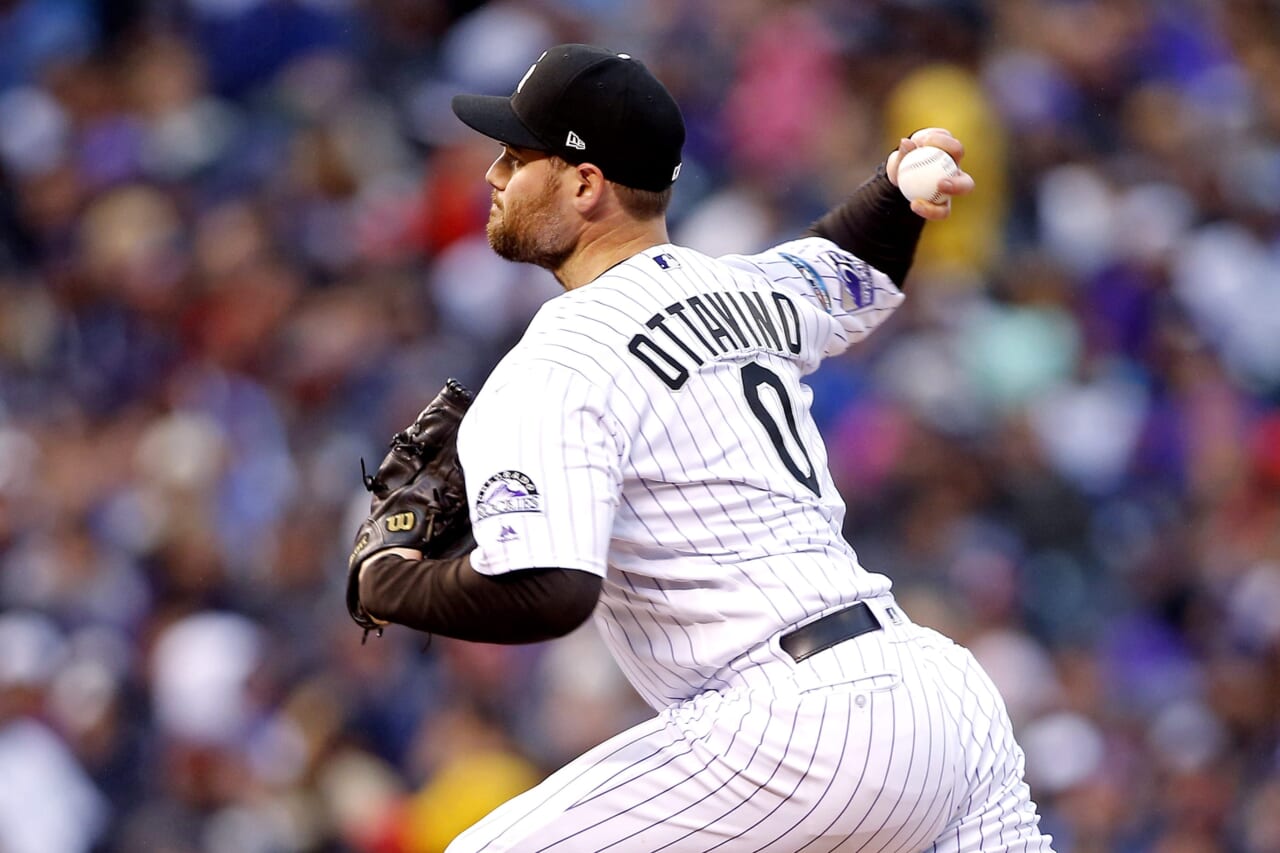 The New York Yankees are in the market for a new reliever, especially as free agents David Robertson and Zach Britton remain unsigned but are still potential options to re-sign in New York.

A potential relief option for the New York Yankees:

One alternative that has been high on the wish-list for the Yankees is Rockies reliever, Adam Ottovino. The 33-year-old is coming off his best season to date, recording an ERA of 2.43 (2.74 FIP) and 0.99 WHIP. He struck out an impressive 112 batters in 77.2 innings, earning an average of 13.0 per 9 innings.

It seems as if the lone bad season was a minor blip on the radar, as he returned with a bang in 2018. He’s a solid option for New York, as they will potentially be losing several relievers if they choose to let Britton and Robertson leave in free agency.

Reports have stated that the Yankees still remain the favorite to retain Britton, while several other teams including the Red Sox and White Sox are speaking with Ottavino’s representatives.

If the Yankees have the choice of the three, it seems as if Ottavino would be the better option given the Red Sox or White Sox don’t secure his signature first. 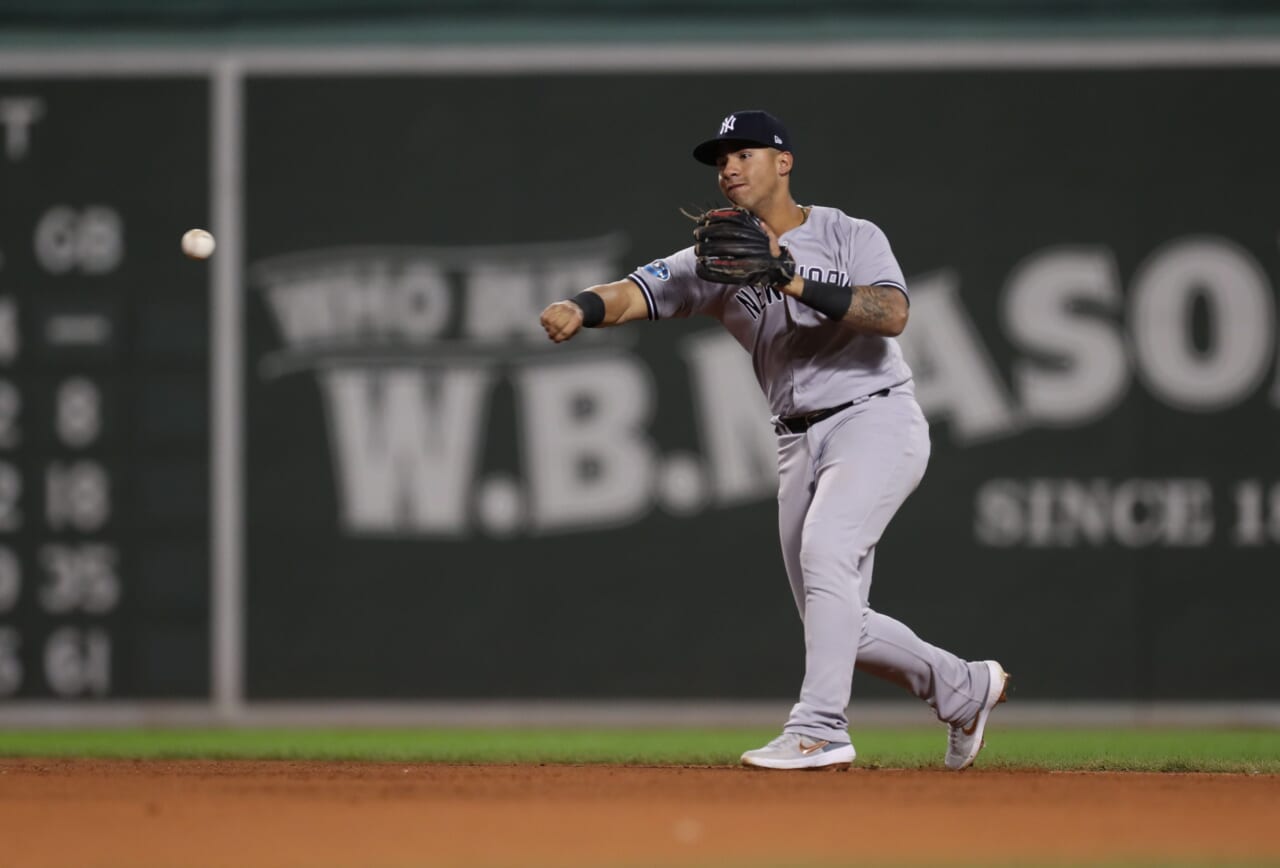 While the New York Yankees work through several injuries, it’s essential they find a versatile player that can adapt and be utilized in a variety of ways. Starting second-baseman Gleyber Torres fits the bill.
/h2>
The second-year pro might be put in a position to play a nice chunk of the 2019 season at shortstop while Didi Gregorius heals from Tommy John surgery. Torres performed well last season,hitting .271 with 24 home runs over 431 at-bats.

The 22-year-old has shown he can be a consistent player in an intimidating Yankees batting order, but his defensive skills have been questioned.It was thought the Yankees might be grooming him to be the shortstop of the future, as that was his position in the minor leagues. He was later moved to second-base and made 12 errors. While at shortstop, he committed 5 errors over 21 games,which prompted the move to second.

Looking at the numbers — 2.9 WAR in 2018 — it’s obvious that Torres had issues with fielding, similar to Miguel Andujar, who at third-base clocked 15 errors. At the ripe young age of 22, Gleyber has plenty of time to improve upon his weaknesses. Instilling faith in the youth player might be something the Yankees would consider,such as putting him back at shortstop until Didi returns.

The only other legitimate options the Yankees have at shortstop are 24-year-old Tyler Wade and superstar free agent Manny Machado. It seems as if they are leaning towards signing Machado to take over the shortstop position, especially if Didi leaves for free-agency in 2019.