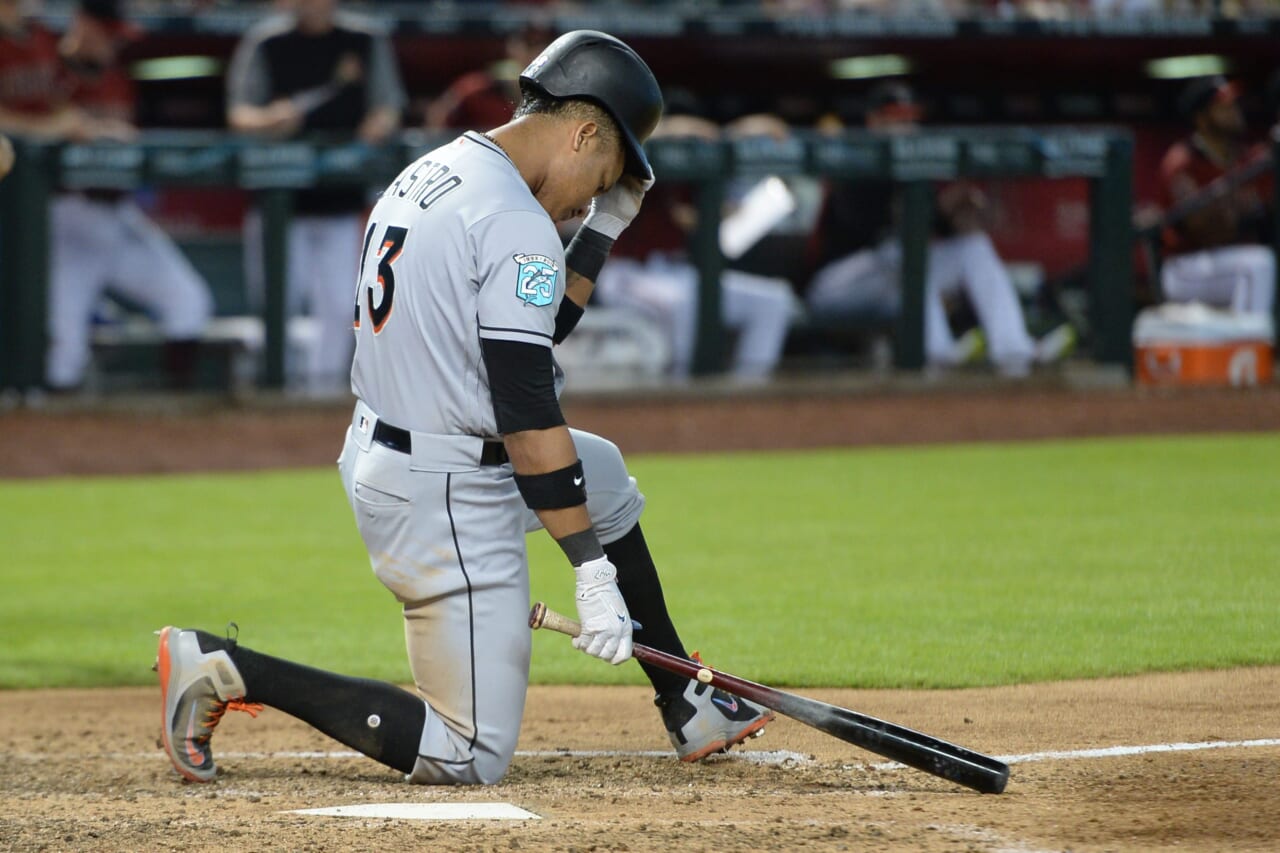 The big blow in the New York Yankeesâ€™ stirring 13-7 victory over visiting Cleveland on August 5, 2016, wasÂ Starlin Castroâ€˜s grand slam offÂ Josh Tomlin, highlighting a five-run home third. But the remarkable thing about this one was all the tack-on runs the Bombers added along the way, including two-run rallies in the sixth, seventh, and eighth innings. First basemanÂ Mark Teixeira, who had earlier in the day announced that he would be retiring at the end of the season, had two hits and scored twice. In one of their more popular promos in recent years, this one took place on Star Wars Night in Yankee Stadium.Â Aaron HicksÂ andÂ Brett GardnerÂ went yard back to back in the seventh.

On a first-ever â€œPhoto Dayâ€ in the Bronx, on this day in 2012, legions of Yankee season ticket holders got to assemble along the Yankee Stadium warning track before the Sunday afternoon game and meet and greet all the Yankee players, a time where I got to have a several-minute conversation withÂ Alex Rodriguez, who unfortunately became persona non grata in the game in 2013. His tide thankfully turned in 2015. In the game that followed, the Bombers outscored the Mariners 6-2 on threeÂ Raul IbanezÂ rbiâ€™s and three runs scored byÂ Chris Stewart. 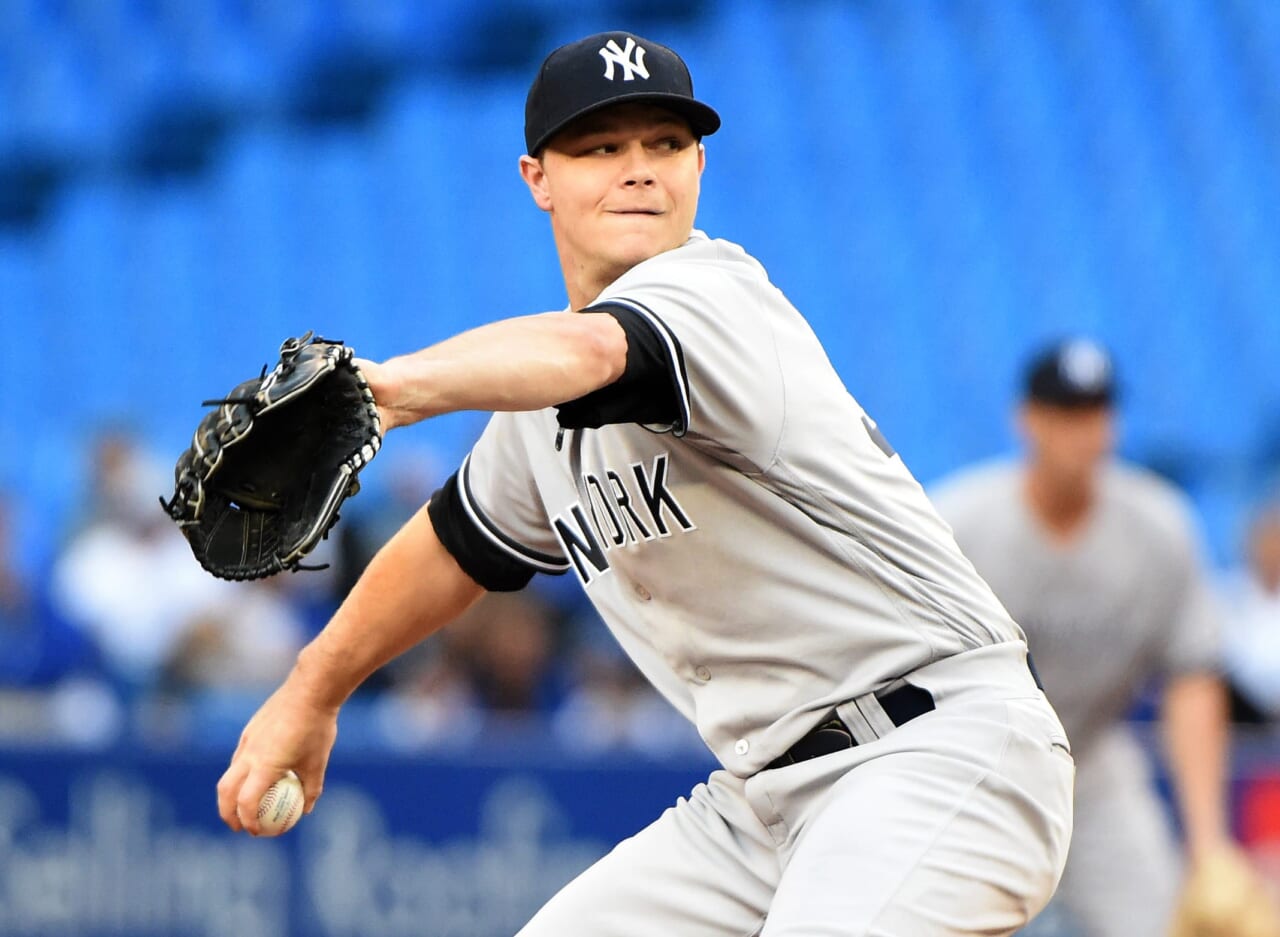 It kind of seemed of inevitable didn’t it? It was the announcement everyone expected, but no one wished for. A few days ago New York Yankees GM Brian Cashman announced Sonny Gray’s spot in the rotation would be replaced by newly-acquired Lance Lynn, one day after Gray didn’t get out of the 3rd inning and allowed seven-runs, before cracking a smile as he left the mound to a chorus of boos. It was ugly.

How much longer do the New York Yankees allow Sonny Gray to suffer?

Listen,Â I want him to succeed. Not just for the sake of the New York Yankees and their rotation stability. Not just for future meetings against the Red Sox and, quite frankly, every AL East opponent, where every loss feels like a shot through the heart. I want Sonny Gray to succeed for his own mental stability.

Constantly getting shelled, in the toughest sports city in the world, would be bad enough. Unfortunately, he also has the expectations of a trade to hold up, a trade that was highly touted as excellent around the league. So not only is it his reputation that is on the line, but Brian Cashman has to wear the ramifications of this trade as well.

I can sit here and write about how much talent Sonny Gray still has, and that is still true. Gray is highly effective when fully confident and clicking on all fronts. Right now, that isn’t happening, and the stats don’t lie. His last seven games see an ERA of 7.20, with 24 runs allowed in 30 innings. Not good.

Even worse is that most of his struggles come at home, which makes him an even bigger target of criticism. His home ERA is 7.71, compared to only 3.62 on the road, an incredible difference in performance. 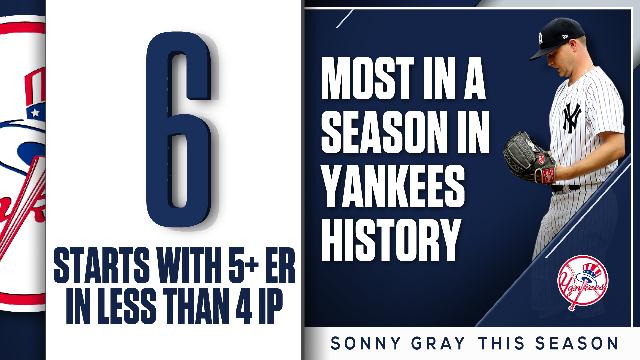 The fact of the matter is, he is pitching for his job. He is eligible for arbitration in 2019, but the Yankees could simply decide to not offer him a contract, especially if Lance Lynn is effective in his opportunity.

Smiling walking off the mound, saying you pitched well in post-game interviews when you quite clearly didn’t, and shying away from criticism is not the way to get Yankee fans back on your side. Again, I hope his new role brings him success, and that he can have an impact with this club for a few more years. This is Sonny Gray’s last chance to prove his worth. 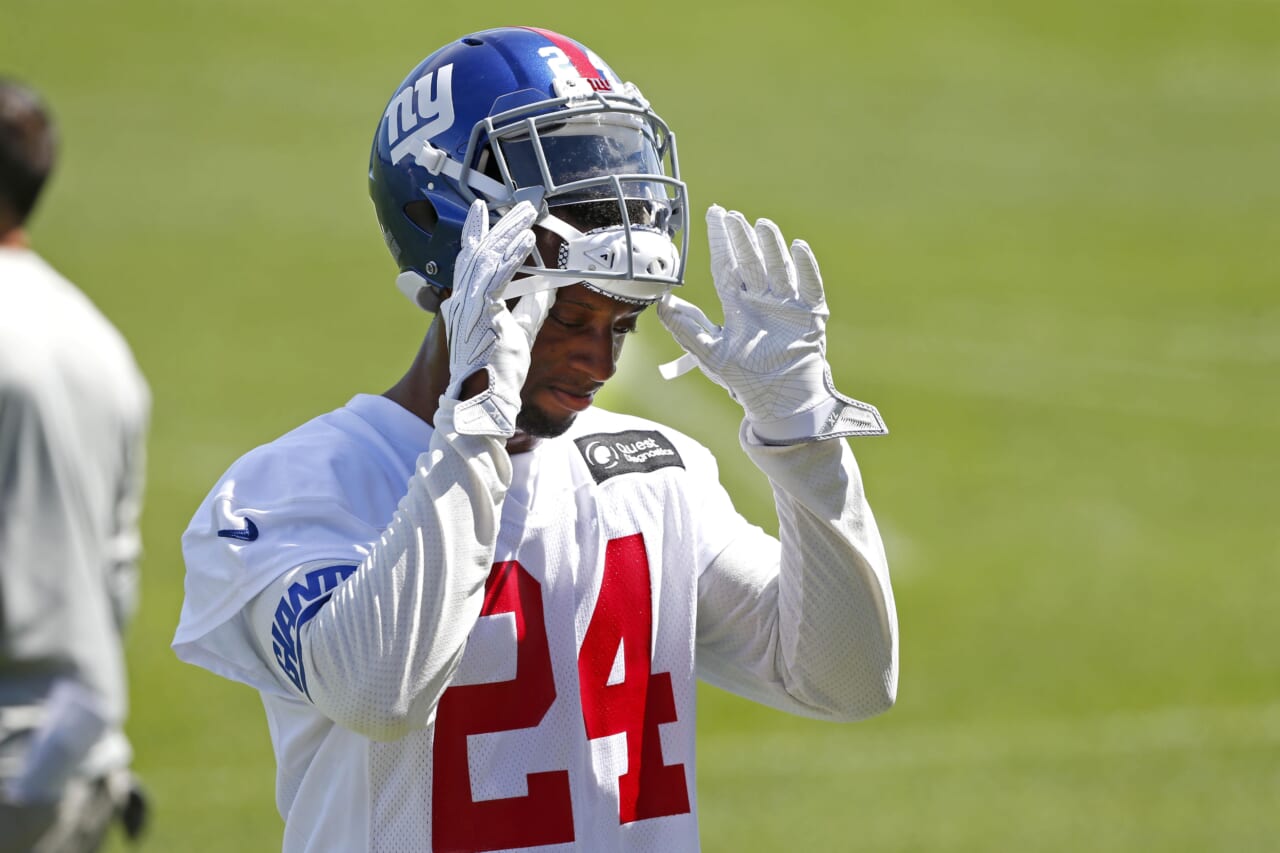 While avoiding fight and scuffles in practice is impossible, the New York Giants might be in a bit of trouble with one incident that occurred on Saturday.

Cornerback Eli Apple engaged in a pushing match that turned south with Evan Engram, causing Apple to sustain an injury.

Evan Engram not happy with Eli Apple diving nears his legs. They get into it, Engram throws the ball at Apple and Shurmur tells them both to get off the field. #TrainingCamp #Giants

The two were kicked off the practice field over what seemed to be like a routing tackle on the sidelines. Clearly, Apple did not appreciate Engram dragging him several yards out of bounds, causing the two to clash and exchange pushes.

The third-year corner proceeded to suffer a knee injury while covering Hunter Sharp shortly after the scuffle. He held is knee in pain and tested it out several times with the medical staff. He missed the final 45 minutes of practice but was seen standing on his own which is a good sign a for a secondary that’s extremely thin on cornerbacks.

The Giants will face off against the Cleveland Browns on Thursday, making the next few days of practices important. Expect to see a lot of action from the second and third-string team, allowing the roster to shake out naturally. It’s possible we see Saquon Barkley take the field for a few snaps to get him better-prepared for an NFL game, but a majority of the starters will likely remain sidelined for injury-caution purposes. 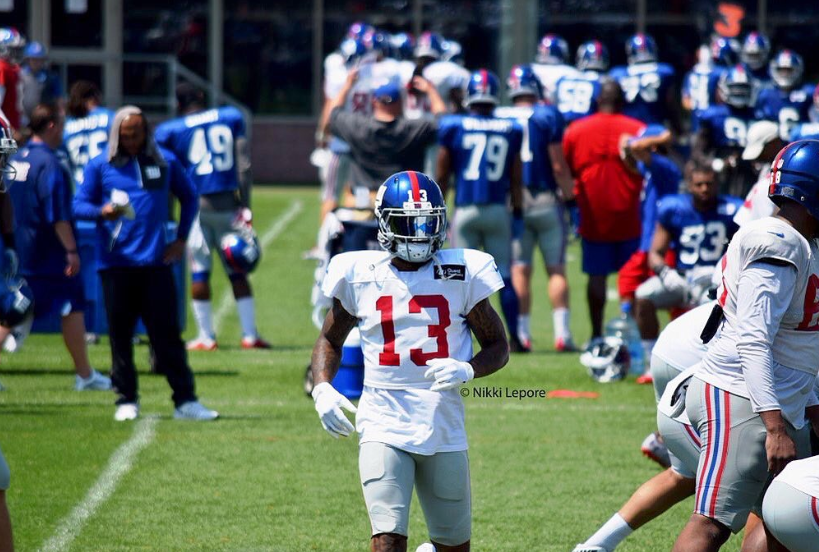 One of the biggest stars of the New York Giants, Odell Beckham Jr, formally spoke to the press for the first time during training camp, following yesterday’s practices. He talked about injury, the good chemistry between the Giants players early on, and about his thankfulness to be able to play once again.

Perhaps most interestingly, he explained his reasoning behind attending training camp and not holding out because of his ongoing contract negotiations.

“Iâ€™m just happy to be back out there running around. And like I said before, I donâ€™t believe in any of that stuff. I feel like theyâ€™ll get it done when they get it done, let my agent and them figure it out,” Beckham said, mentioning that his injury against the Chargers last year changed his life. “I just come out here, try and get all the plays down, focus on being the best that I can be. So, itâ€™ll happen when it happens.”

“Itâ€™s a calculated risk. Youâ€™re out there, you control your body and weâ€™re practicing, these are your teammates and weâ€™re all working together. Thereâ€™s no extra pushing and shoving and doing too much, so itâ€™s all calculated,” he added, on the subject of risking reinjury by participating in practices.

He also gave some of the details about what rehabbing from the injury was like. “As Iâ€™ve been running routes, running around, I remember nights falling asleep downstairs, having to get up to my room and literally having to crawl up three flights of stairs to get to my room… Itâ€™s great to be back out there with some of those guys. Sterling, itâ€™s always good to see him, Saquon, everybody. Itâ€™s going to be a good team.”

Beckham has shown good chemistry with Sterling and Barkley going into this season, working out with both players in Los Angeles before training camp began.

The biggest message from Beckham’s talk with the media was that he was thankful to be back with the team, regardless of any external circumstances. “I remember waking up four in the morning and crawling upstairs to my bed and laughing to myself, like this is going to be a hell of a ride for you to get back to where youâ€™re at… Iâ€™m just thankful, that God is able to put me back out there.”