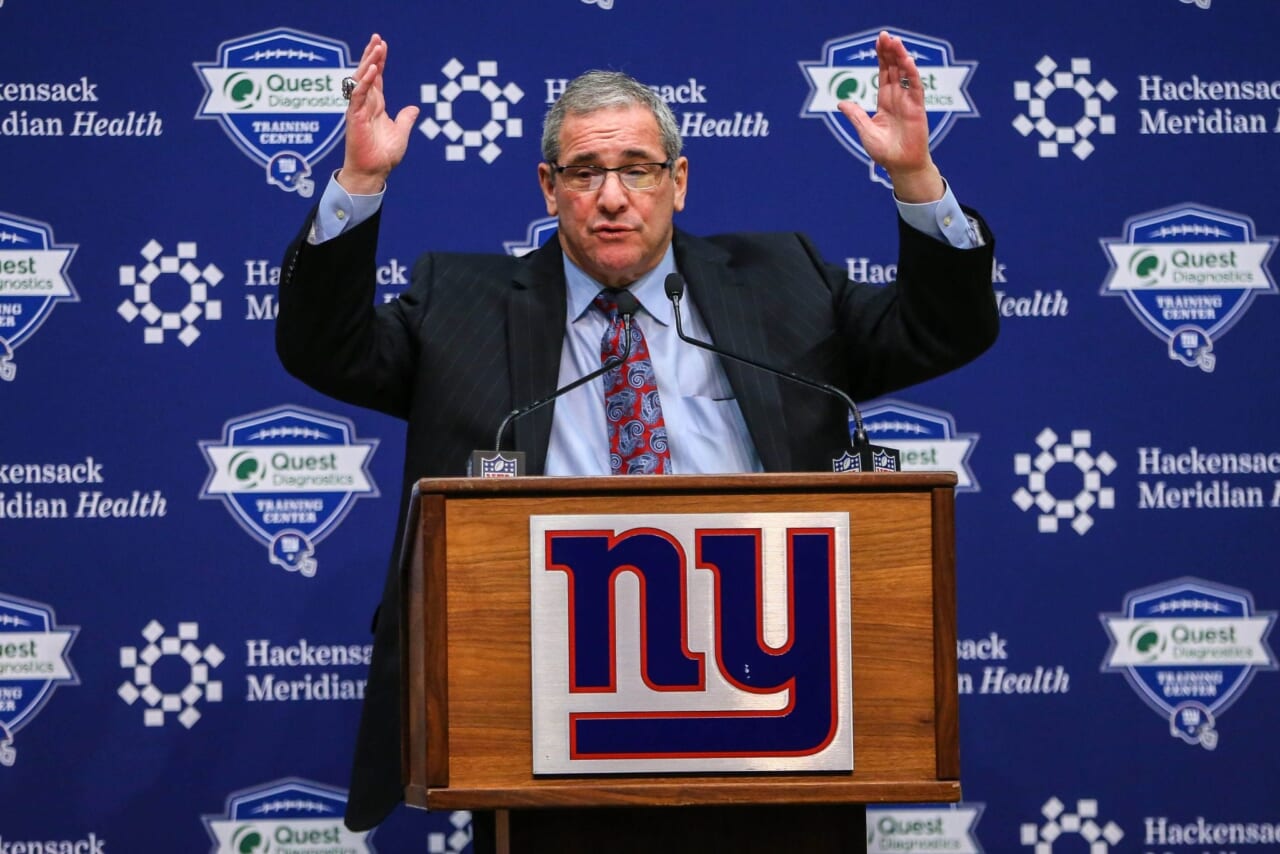 It sounds like a no-brainer, but the answer to the question about whether or not the New York Giants should draft a quarterback isn’t so simple. Yes, it’s true that the team likely needs one and that Eli Manning’s career may come to a close soon. But just because you need a quarterback doesn’t mean that you should draft one, even if that sounds like a massive contradiction.

The Cleveland Browns have taken plenty of quarterbacks because of need. And until maybe now, none of those quarterbacks drafted in recent years have done much for the team. Taking the right player is more important than taking a player at the position immediately, and the idea of getting a free agent quarterback or trading one shouldn’t be ruled out.

After all, it’s nearly impossible to tell which is the right quarterback at this point.

Oregon’s Justin Herbert was considered the future number one overall pick during the early part of the season, but Herbert’s completion percentage has fallen and Oregon has dropped out of the race for the PAC-12, with Herbert failing to keep things competitive by leading the offense in their losses. Herbert fits the mold of an NFL quarterback, especially with his 6’6″ height, but he’s by no means a perfect prospect.

You could argue that he has less hype behind him than Sam Darnold or Baker Mayfield did coming out of college before the 2018 Draft. It’s not that Herbert is the only prospect out there. Missouri senior Drew Lock was one of the favorites to be a high draft pick before the season began, and he just led Missouri to an upset win of a Florida team ranked in the top fifteen.

When there’s no surefire top prospect, a team has to be careful with drafting their quarterback of the future. Draft wrong, and it’s easy to end up like the Cleveland Browns. It’s a big setback to end up with the wrong quarterback, so sometimes, it’s better to just go for a free agent and wait for a year where there’s a more surefire solution.

There are some decent options that might be available this offseason, such as Tyrod Taylor and Teddy Bridgewater. Even Philadelphia quarterback Nick Foles could be in the mix. While none of these players seem like franchise quarterbacks, it’s possible to keep them for a year or two while continuing to wait for a chance to draft a franchise player in the draft.

Of course, there is a chance that there’s a great quarterback in this upcoming draft who will become an immediate starter and help some team turn their fates around. But according to the odds, it’s more likely that some of the top drafted quarterbacks will end up with the same fate as, say, Brandon Weeden.

And when you can’t tell with a good level of confidence whether or not that would happen, it can be better to just take the sure thing and go with the lower ceiling but higher floor option. 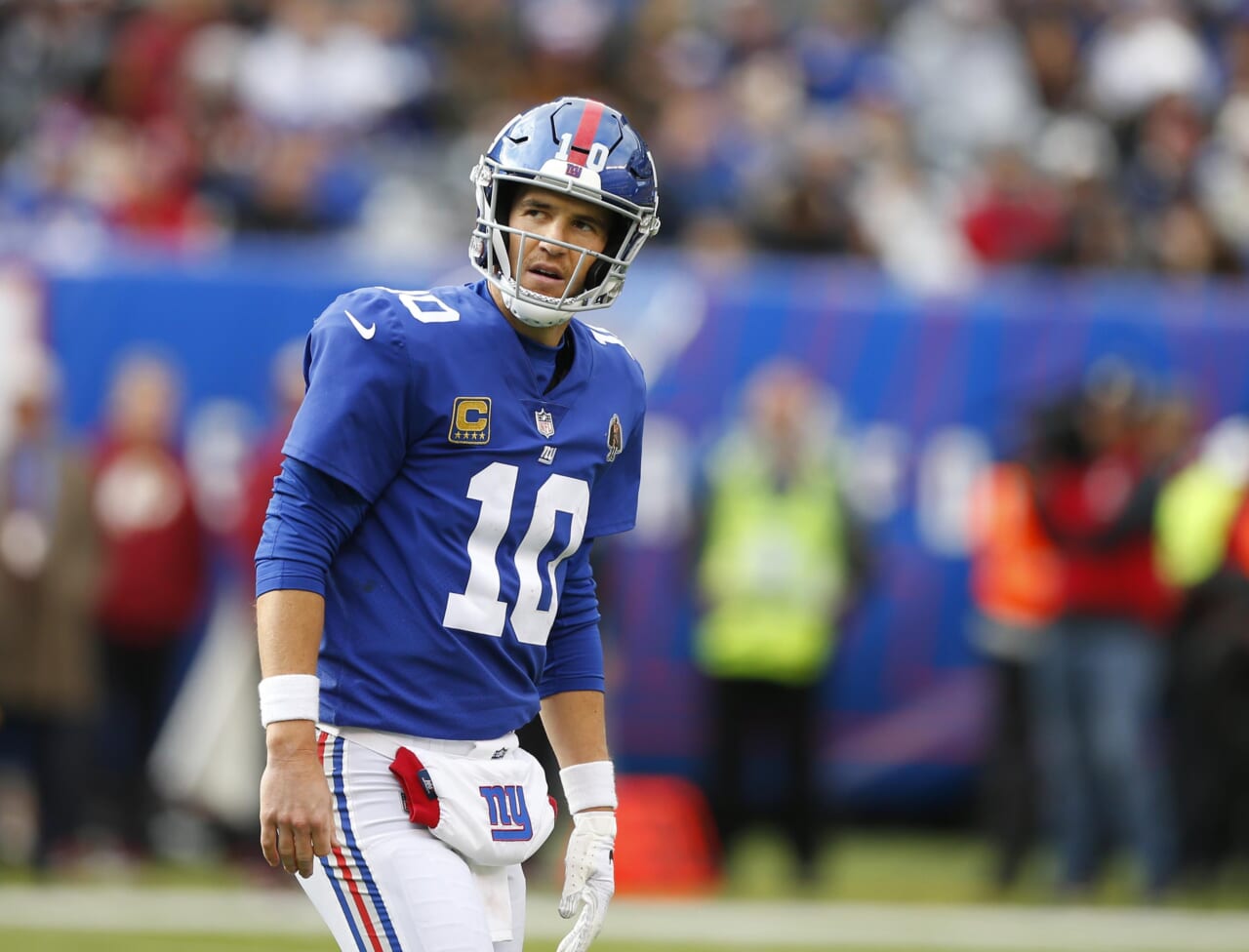 For New York Giants‘ quarterback Eli Manning to make an impact on the future of the team, it would require him to remain on the roster in 2018, but most think he will be gone by then.

Manning’s father, Archie Manning, believes that his son wants to retire a Giant, no matter the circumstances. Now, it’s important to recognize that Eli will not be worth $20 million per-year in the NFL next season, and to be honest, he hasn’t for quite some time. We can blame the offensive line, defense, you name it, but when it comes down to his individual performance, he has been a shell of his former self.

Taking out the biggest influence of all when it comes to keeping Eli Manning:

If you take out the factor of his name, Eli becomes another struggling player in the NFL. His resume and respect from the franchise has played a significant part in his tenure, but at this point in time, it might be worth exploring other options. That’s where rookie passer Kyle Lauletta comes into play.

Lauletta was recently arrested for a traffic violation, which we can consider a childish mistake. Head coach Pat Shurmur stated that the rookie will suffer internal consequences.

Moving forward, Lauletta will remain the backup while Manning continues on into week 10 against the San Francisco 49ers.Â  Despite the veteran’s inadequacies, he still remains confident.

â€œI feel good. I feel like I can play at a high level,â€ Manning told ESPN several weeks ago. â€œI can make all the throws and play this game at a high level and lead this team.â€

The 2018 season was supposed to be different for the Giants and Manning. A rebuilt offensive line and the drafting of rookie sensation Saquon Barkley was expected to be a revelation for the offense, but the inability for the line to gel has hurt the unit considerably. Right guard Patrick Omameh was a bust, left tackle Nate Solder has struggled to adapt to Manning’s style, and Ereck Flowers’ stint at right tackle lasted just five weeks.

We can only hope for the best next offseason in regard to fixing the deficiencies, but for now, a polarizing question presents itself – would you rather the Giants lose the rest of their games and have a high overall pick, or prioritize pride and try to collect a few wins?

Personally, it’s a tough call. As a fan, I would have to say losing is the better move for the future, but as a competitor, winning is the only option. Manning on the other hand is playing for his future as a starting quarterback in the league. The only way I can see him returning in 2019 is if he takes a massive pay-cut and plays a smaller role that allows Lauletta for a drafted passer to earn regular season reps. A Josh McGown and Sam Darnold situation if you will.