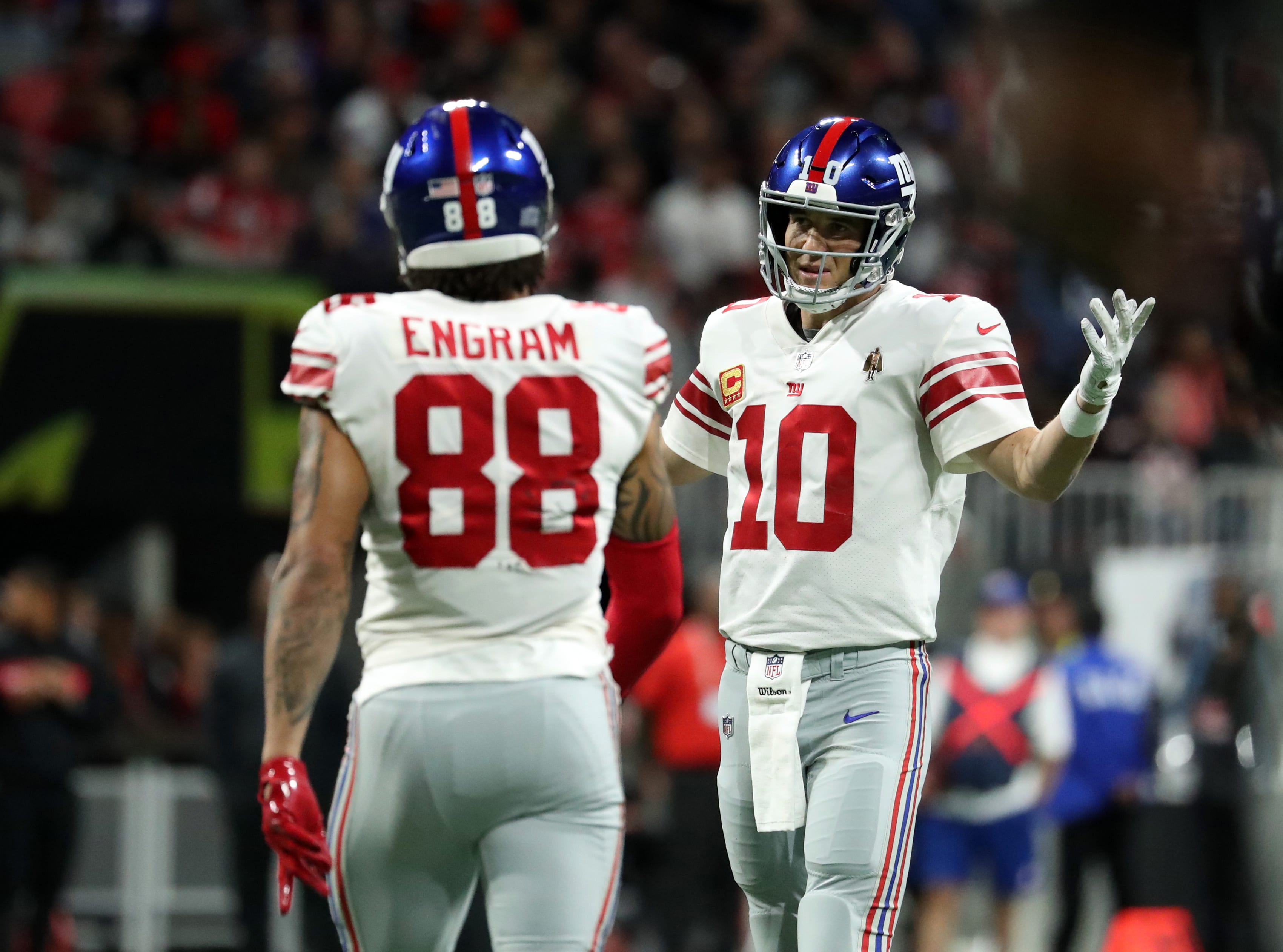 The New York Giants added several high-profile rookies in the 2019 NFL Draft, but I want to focus on a specific player that has been brushed under the rug as stars like Saquon Barkley and recently drafted QB Daniel Jones to paint the headlines.

Both the offensive and defensive units have been upgraded heading into the upcoming season – well, maybe not the offense as they lost Odell Beckham Jr. and added Golden Tate and Kevin Zeitler in his wake. The jury is still out on that deal.

However, one offensive weapon has a massive opportunity to emerge as a winner in the Odell Beckham Jr. trade.

The Giants’ 2017 first-round draft pick has had an underwhelming start to his NFL career, but he certainly isn’t void of the talents required to excel. Speed, agility, focus…all of these attributes Engram possesses but he’s faltered in the fundamental categories that determine his worth on the football field.

He’s been plagued by dropped passes over the course of his two-year career, compiling a total of 15. At just 24-years-old, there’s a ton of potential to be extracted from the tight end, it’s just a matter of tapping into it – giving him more opportunity to makes plays and building his confidence.

This is why I believe that trading Beckham Jr. will ultimately help him succeed in the long-run. When OBJ was on the field in 2018, Engram averaged just 41.75 yards-per-game. Without him, he averaged 81 yards-per-game. Now, you could make the objection that the sample size is too small, but he consecutively put up more yards when the former Giant wasn’t on the field – a pretty clear indication of elevated play.

This indicates that he will be even more efficient and produce heightened numbers in 2019. In addition, general manager Dave Gettleman made it a priority to build out the offensive line in an attempt to give Eli Manning more time in the pocket. We can assume that more time for Manning will equal more production for the offense, which will directly translate to more yards and action for Engram.

Considering those factors in information, he’s our offensive breakout candidate for 2019.