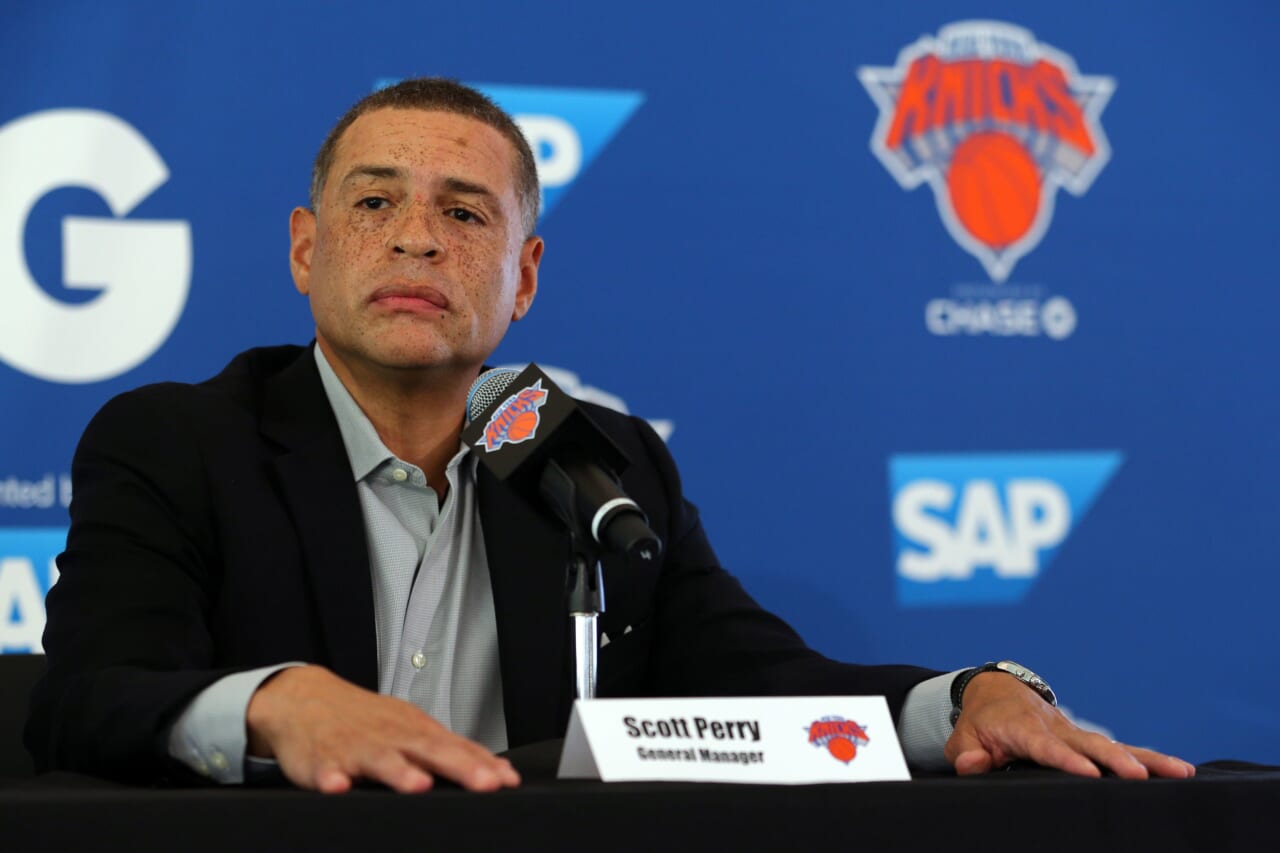 The firing of Portland Trail Blazers president of basketball operations and general manager Neil Olshey has opened up one of the league’s dream jobs — constructing a championship roster around Damian Lillard’s final prime years.

New York Knicks general manager Scott Perry is expected to get strong consideration, according to Chris Haynes of Yahoo! Sports.

Perry has a longstanding relationship with current Trail Blazers coach Chauncey Billups. Perry was a Pistons front office executive when Billups won his only NBA championship in 2004.

When Perry was with the Orlando Magic, he recruited Billups to become Frank Vogel’s top assistant in 2016. But Billups ultimately chose family over the coaching opportunity. Perhaps this is the perfect time for them to link up in a pivotal season for Portland and its franchise player.

Before his arrival to New York in 2017, Perry had extensive experience as a front office executive with the Pistons, Seattle Supersonics, Magic, and the Sacramento Kings.

Perry is well-respected around the league after building a solid resume as a front office executive for over two decades.

He helped the Pistons construct a roster that won two Eastern Conference titles out of six appearances (2003-2008) and one NBA championship in 2004. Before the Seattle Supersonics relocated to Oklahoma City, Perry worked as their assistant general manager for one season and was partly responsible for drafting Kevin Durant. He returned to Detroit for four more seasons as vice president of basketball operations. Afterward, he continued his work with Magic’s front office that selected Victor Oladipo and Aaron Gordon and constructed the current Knicks core as the general manager.

Perry recently signed a two-year extensionÂ with the Knicks after he helped team president Leon Rose’s seamless transition to his executive role from being one of the top basketball agents.

Billups and Prince were teammates in the Pistons championship team. Barry is a prominent basketball figure in Portland after starring for four years at the Oregon State University in college.

The Trail Blazers fired Olshey for violations of the organizations’ code of conduct. They have promoted director of player personnel Joe Cronin to interim GM while searching for a permanent replacement. 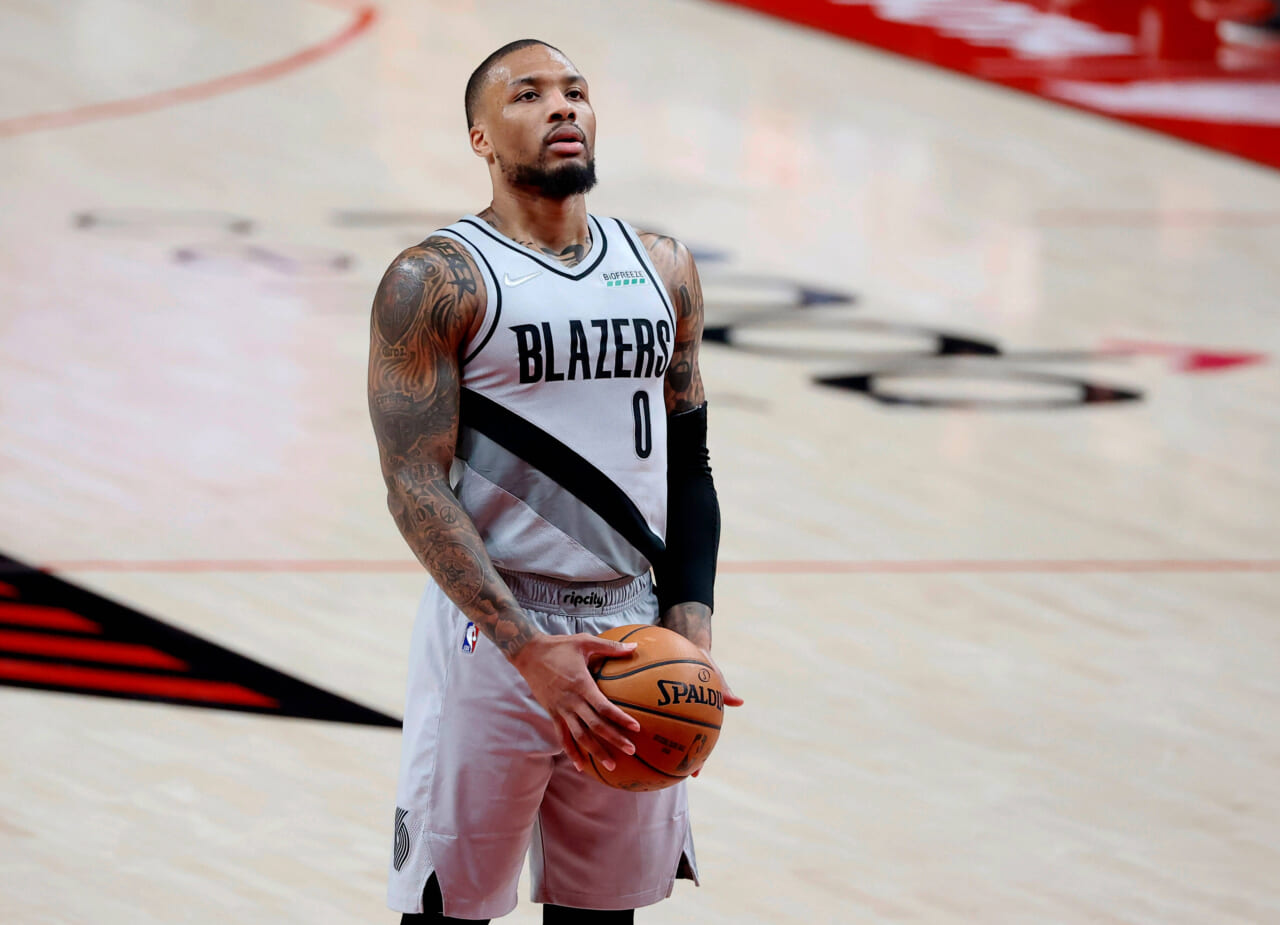 Damian Lillard woke up on Friday morning with his phone buzzing.

Henry Abbott of True Hoop rocked the NBA world with a report that Lillard will be requesting the Portland Trail Blazers to trade him in the coming days.

“I woke up to those reports. A lot of people reaching out to me,” Lillard said at the beginning of his Team USA post-practice press conference before pausing for a while as the press held their collective breath anxiously waiting for what he would say next.

Then he dropped a mini bomb that put a dent on the other teams’ hopes, including the New York Knicks, of landing one of the premier point guards in the league this summer.

“It’s not true,” Lillard continued. “I said the last time I spoke to you guys that a lot of things are being said and it hasn’t come from me.”

But he left a slight opening that could widen if the Blazers can’t give him the thing that he covets — winning a ring.

“No. 1, it’s not true. And secondly, I haven’t made any firm decision on what my future will be. So there’s really no need for anybody else to speak for me, report this, and report that. As I said the last time, I’ll speak directly with my team, with Neil (Olshey),” Lillard said.

Olshey, the embattled Portland GM, remains on the hot seat ever since the Blazers bombed out in the playoffs at the hands of the injury-ravaged Denver Nuggets and the seemingly haphazard process of hiring Chauncey Billups as their next head coach.

If Olshey was able to dance around the question surrounding the controversial background check on new head coach Chauncey Billups that arose from the rape allegations in Boston in 1997, this time, he needs to move to the beats of Lillard’s rap.

“The best way to put it is just to be more urgent. Be more urgent with what our next step is and move forward,” said Lillard, who turned 31 on Thursday.

He is set to meet with Olshey and Billups later on Friday over dinner, which he said was previously scheduled. Though the timing of the report makes this meeting a crucial one.

The Blazers have the longest active playoff streak in the NBA with eight straight appearances. They peaked in 2019 when they went to the Western Conference Finals against the Golden State Warriors. They got swept, and they never made out of the first round since then.

This season’s first-round loss to a Nuggets team missing two of their best players — Jamal Murray and Will Barton — due to injuries left a bitter taste in Lillard’s mouth. That made him question if he’s in the right place to win a championship.

Bringing back the same roster will put the Blazers in the luxury tax and, worst, will not appease their disgruntled superstar. They don’t have any pick in the coming NBA Draft. Lillard said he expects to be on a Blazers uniform next season but Olshey has to be creative in finding ways to surround him with a championship-caliber supporting cast.

“I think we have a lot of pride about we made the playoffs all these years in a row. We’re not a bad team. We’re a winning team. We went to the playoffs every year. We got a great environment. We’re in a great city. We have great fans. It’s a lot of positives. But I just think we have reached that point that ‘Okay, it’s not enough. Do we actually want to win it all? Is that what we’re shooting for?’ And we got to do things to do that. We need to put actions behind the desire to win at that level. That’s my only thing this entire time,” Lillard said.

Now the ball is in Olshey’s court.

It’s not yet ‘Dame Over’ in Portland, but the clock is ticking.