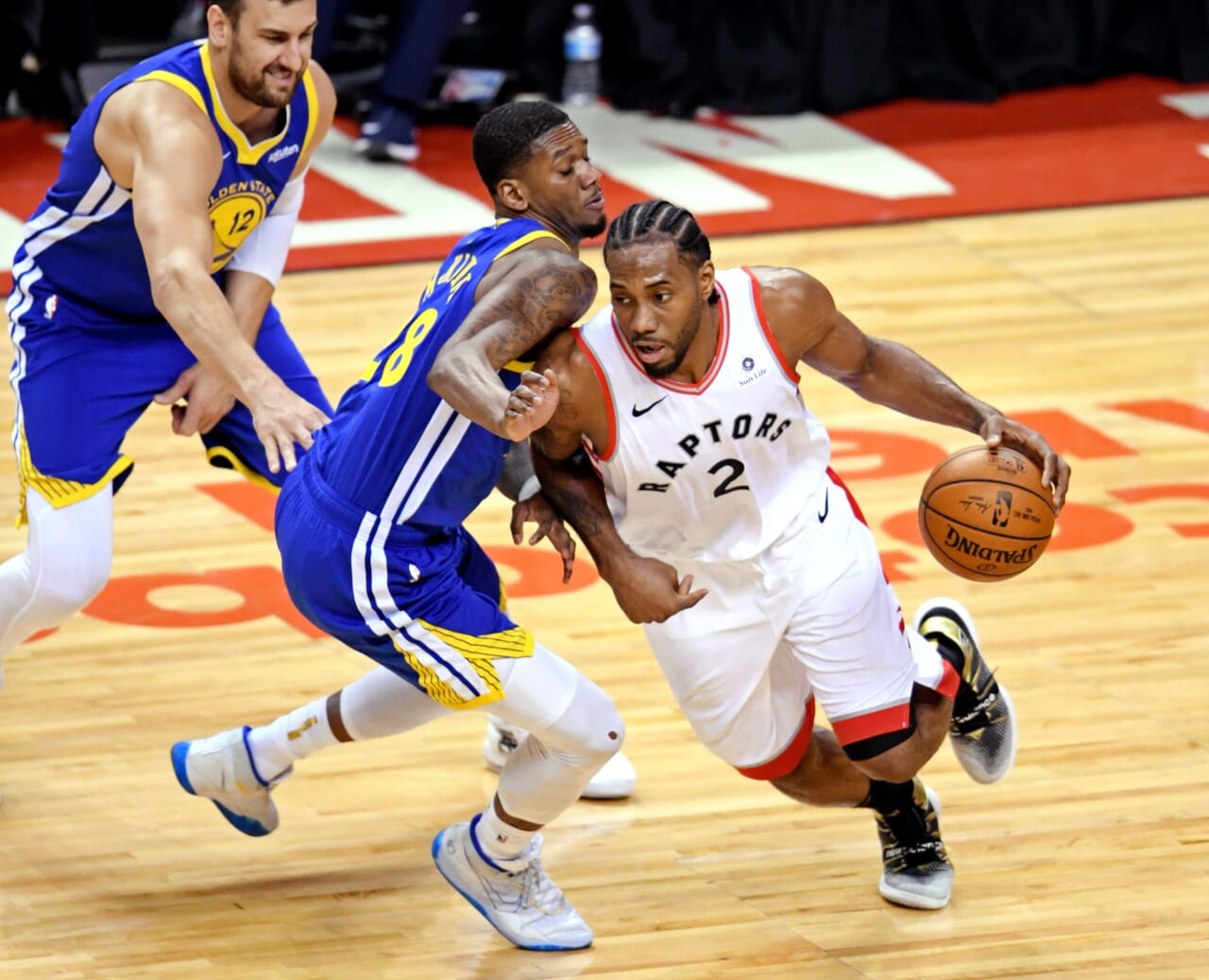 It’s been one of the craziest offseasons in NBA history, with almost half the league switching teams. Some teams improved dramatically, some teams left us scratching our heads, and some teams managed to fall into both buckets. So I’d thought I’d take some time and offer my opinions/prediction on how everything is going to turnout. As always, delusional messages telling me how I’m an idiot and your team is going to the finals is always welcome @aelderbaum. Let’s start with the Western Conference.

6.Golden State Warriors: Is it possible to call this team a sleeper? I think reports of their demise are greatly exaggerated. They still have Steph Curry, and by adding D’angelo Russell they have an all star caliber band-aid until Klay Thompson returns. Thompson is big enough to guard the opposition’s best wing player so him coexisting with Russell and Curry is not a ridiculous idea when he comes back. They still have Draymond Green, Kevon Looney and Alfonzo Mckinnie from last years team and I really like the Willie Cauley-Stein addition. I think he can be a rich mans Festus Ezeli, and an even better defender. If Klay does make it back they could be dangerous in the post season.

12: Dallas Mavericks: I think Porzingis and Luka are going to be an awesome combination, and I dont get why Dallas backed out of adding Goran Dragic. Your not going anywhere this season,Â  why not go full Euro and bring in Luka’s buddy for a year. Maybe it goes great and Dragic resigns on a modest deal next season. Instead you add Delon Wright and resign Maxi Kleber with the money? Meh. Dallas has refused to tank in the past out of respect for Dirk, but now that hes gone, one lost year may not be the worst thing. They finally have their cap under control, adding another good young player and then building around Doncic, Porzingis and said player makes the most sense to me. I know Cuban and Carlisle always want to compete, but when your competitors have Paul George and Kawhi…maybe sit this one out.