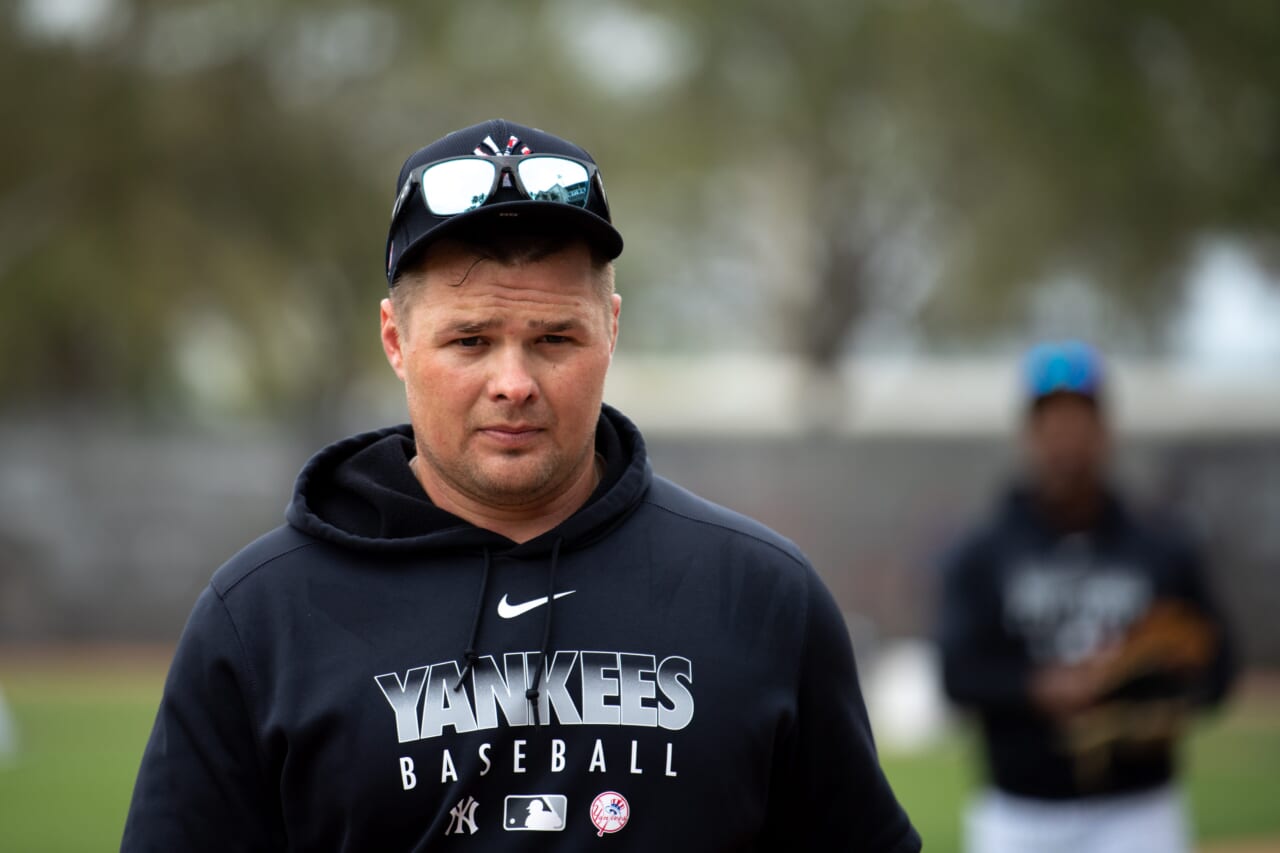 The New York Yankees have made the trade that we’ve expected for some time. Jon Heyman was the one to break the news today that the Yanks had agreed to trade first baseman Luke Voit to the San Diego Padres.

It started to leak out yesterday that the Padres were one of the teams interested in Voit. It was also reported this morning that the Yankees were starting to get more aggressive in their attempts to trade Voit.

Turns out to be the perfect storm as the former AL Home Run champion is now heading to San Diego. Earlier this morning, it was said that the Yankees were drastically lowering their price tag on Luke Voit.

It became very apparent that they were desperate in their attempt to move Voit. Turns out that their return was not very strong. Dan Federico was the first to report that the return for Voit was a Low-A pitcher.

In return for the former AL Home Run champ, Joel Sherman first reported that the Yankees acquired right-handed pitcher Justin Lange. Lange was the 34th overall selection in the 2020 MLB draft and the Yankees are getting another guy with an electric arm.

Lange’s fastball grades out at a 65 and he pairs that with a nice slider while mixing in a changeup. In 2021, Lange was very underwhelming going 0-3 with a 6.95 in rookie ball. While that might make you scratch your head, it was his first experience with professional baseball.

There are a lot of scouts high on Lange’s potential and the Yankees really love his arm. However, let’s be honest, this deal really didn’t have anything to do with Lange. This deal was more about trading away Luke Voit.

Once the Yankees resigned Anthony Rizzo, it was just a matter of time that Voit would get traded. Personally, I thought Voit would be a part of a package for MLB-ready pitching, but the Yanks went in a different direction.

It’ll be interesting to watch Voit play in SD and Lange will be someone to watch. It’ll take a few years before we know who really won this trade. 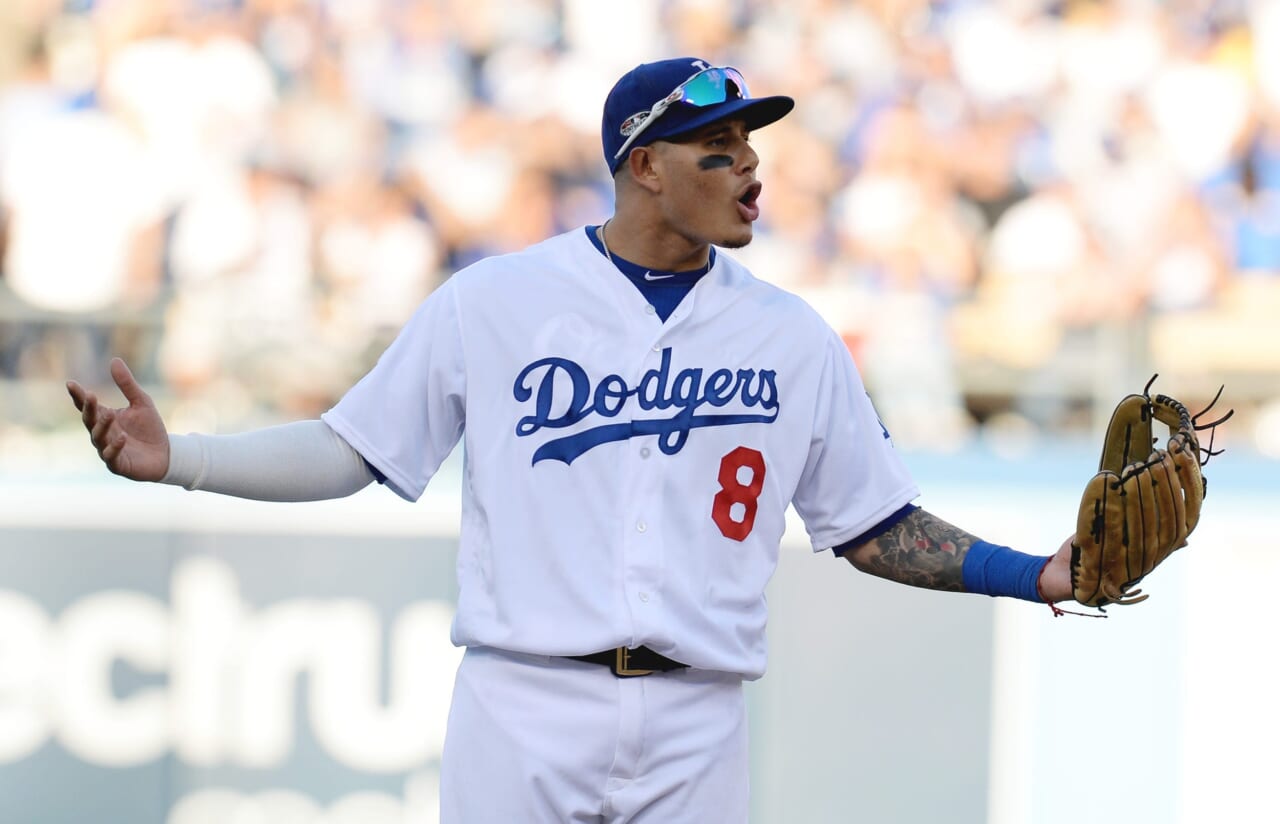 The San Diego Padres shocked MLB today by signing Manny Machado to a 10 year 300 million dollar contract. Previous estimates had their offer around 250 million over 7 years. The signing poses a number of questions about how we got to these numbers, why would the Pads do this and why would Manny do this? So let’s tackle them one at a time.

The first question is why would San Diego make this type of offer? They aren’t real contenders in the NL and Machado is not going to suddenly make them the favorites, more like a possible wild card contender at best. There are a few factors that brought San Diego here as the high bidder.

First is their current payroll flexibility. On a team devoid of stars, there’s a lot of room to add salary. The teams biggest contract belongs to Eric Hosmer, whose albatross of a deal won’t hurt them until they need to add more payroll in the future. Other than Hosmer and Wil Meyers there are no contractual commitments after the next few years. This gives San Diego the ability to take on Machado’s deal and not worry about the long term ramifications.

Second is the obvious fact that San Diego is never a free agent destination for star players. In order to get their guy an overpay was probably required.

I’m guessing over the next week or so other offers will leak out and the Padres probably bid against themselves for the last 20 million or so of the deal. If this generates additional ticket sales and revenue it may make the back end of the deal worth the likely performance drop off for them.

The final piece is the team’s efforts to draw in a larger latin fanbase over the last few years. Due to their proximity to Mexico, one of their minority owners being a Mexican billionaire, and their strong local Latino population the club feels they have untapped potential to draw more fans from this demographic. While Machado is of Dominican descent, the team Hope’s his arrival along with Ã¼ber prospects Luis Arias and Fernando Tatis Jr.’s ascension will ignite interest in the club. They are currently the 8th most popular team in Mexico and there isÂ a chance for significant revenue increase if they can improve that position.

For Machado taking this offer was a little more clear cut. He wanted the most dollars over the longest contract possible period. Clearly, he and his agent had hoped that one of their preferred landing spots would match the offer but that market never happened.

Manny passed on a chance to compete for championships with the Yankees, play with family and friends with the White Sox, or be a part of an east coast large market team trying to build a true contender in Philadelphia.Â  I’m not going to pass a value judgment on his priorities, but he clearly made this an economic decision. I’m sure the MLBPA and his agents are ecstatic, as they get to crow about the biggest free agent contract in league history. Cool.

The final question of how we ended up here is easily answered. Machado wanted to play for the Yankees than it was he preferred the east coast, but none of those options materialized. These other teams stuck to their guns on years and/or dollars and left the door open for another team to throw caution to the wind and swoop in with a huge offer. Manny had a choice to make and today he made it. He will spend the next decade (unless he’s moved in a future salary dump) in a pitchers park, on a small market team that hasn’t contended for a championship in decades. Good for him. I guess I did make a judgment on his motivations after all.