New York Giants: What Will Be Oshane Ximinesâ€™s Role In 2019? 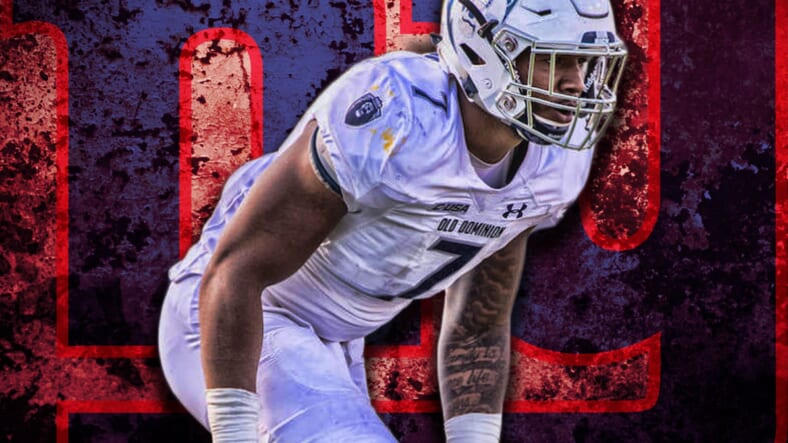 One of the New York Giants‘ biggest needs heading into the NFL Draft was their need for a pass-rusher. They had the opportunity to get one of the best pass-rushers in the draft class with the 6th overall pick but opted to controversially select a quarterback instead.

The Giants then went on to drafts two defenders in the 1st-round, neither of which were pass-rushers. Big Blue waited all the way until the 95th overall pick at the end of the 3rd-round to select a pass-rusher. With the 95th pick in the 2019 NFL Draft, the New York Giants selected Oshane Ximines.

How Oshane Ximines Will Make His Impact In 2019

The New York Giants traded away their best pass-rusher, Olivier Vernon, during the 2019 NFL offseason. Vernon was with the Giants for three seasons and did not exactly live up to his contract. He failed to have a 10-sack season in New York, which lead to his eventual departure.

Now the Giants are left without a star pass-rusher and a ton of unproven talent on the edge. Lorenzo Carter looks to make a jump in his second season. Markus Golden is coming off of an injury and the Giants are hoping he can bounce back. And Oshane Ximines is coming from a small school, despite a ton of talent, and getting ready to compete in the NFL.

Oshane Ximines was phenomenal in his 2018 senior season. In 2018, Oshane totaled 58 tackles, 11.5 sacks and 18 tackles for loss. He also added 4 forced fumbles, 2 passes defended, and even 1 interception. This type of playmaking ability and versatility could be exactly what the Giants need.

However, the question is, how much of Ximines’s talents will be on display in 2019? During OTA’s Oshane Ximines took occasional snaps with the first team defense, so Giants fans might see more of X-Man than expected. Especially with his underrated coverage skills.

While practicing with the first team defense, Oshane was put in coverage against Golden Tate. Tate is one of the better route runners in the NFL, but somehow, Oshane surprised everyone and stuck with him in coverage, forcing an incompletion. Ximines is a versatile pass-rusher with the ability to occasionally play in coverage. This could make X-Man a secret weapon for the Giants.