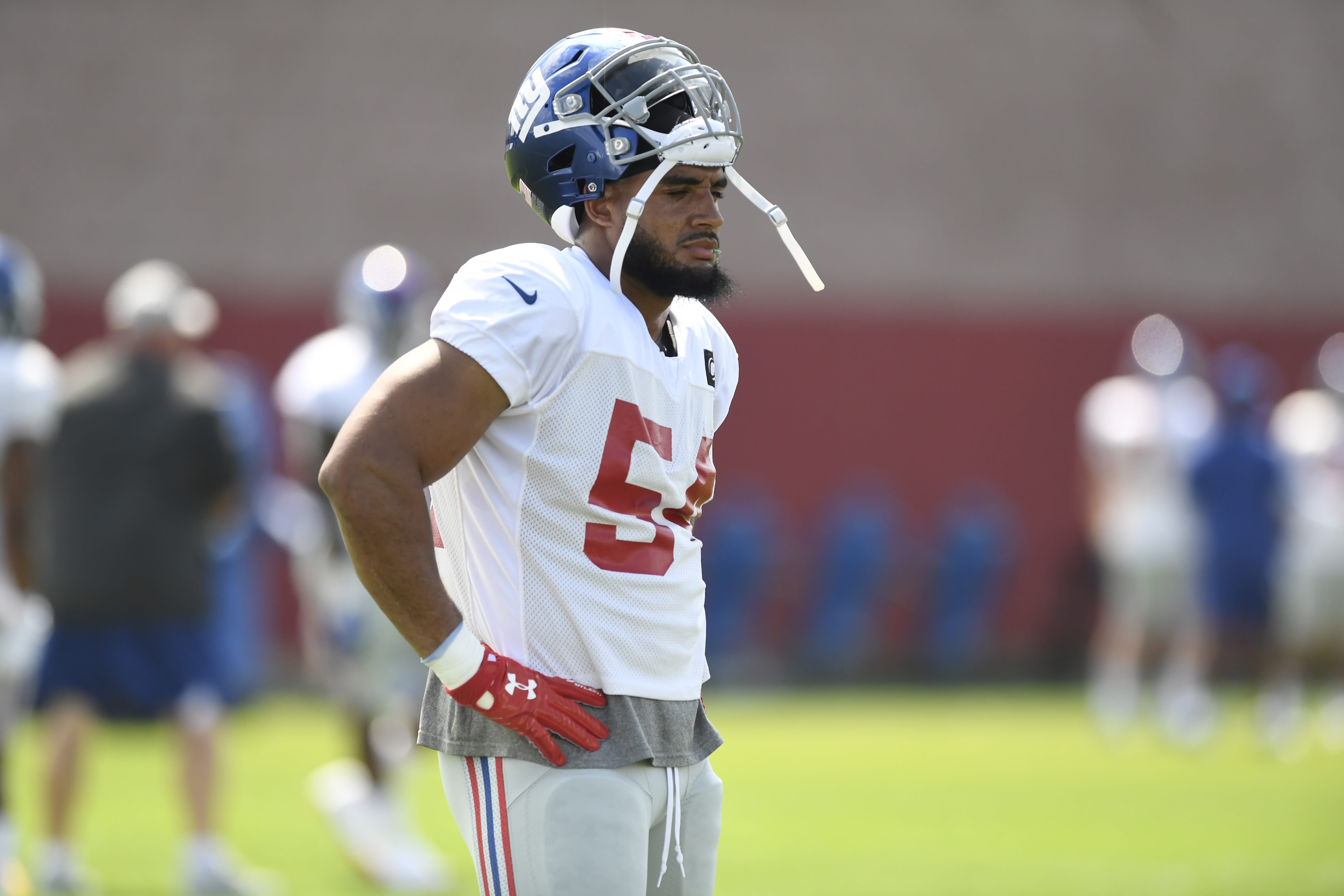 With rumors swirling that the Cleveland Browns were in talks with the New York Giants in regards to a potential Odell Beckham Jr. deal, the team managed to send a different, more expendable player as an alternative.

Outside linebacker Olivier Vernon has been reportedly traded to the Browns for an offensive lineman, Kevin Zeitler.

The #Giants are trading LB Olivier Vernon to the #Browns, sources tell me and @RapSheet.

Vernon has been with the Giants for three seasons and is set to count $19.5 million against the cap. Trading him ultimately opens up about $11.5 million in cap space and allows general manager Dave Gettleman to allocate resources toward the offensive line or linebacking corps.

The roster has several weak spots that need addressing, and free agents like right tackle Daryl Williams or safety Tryann Mathieu could fit the bill nicely with Big Blue.

I'm told Giants are sending a fourth rounder for the Browns' fifth rounder as part of the Vernon-for-Zeitler deal.

What does trading Vernon mean for the New York Giants?

Vernon’s departure leaves a massive void on the defensive line that could be addressed with the No. 6 pick in the NFL draft. The defensive line talent this year is immense, so filling the new hole with a quality pass rusher could be a viable option, as the alternative would be to draft a quarterback like Ohio State’s Dwayne Haskins.

With the Giants acquiring Kevin Zeitler from the Browns, they add the No. 6 rated guard in the NFL in 2018, according to PFF.

The Giants will eat $8 million in dead money from Vernon’s contract while saving $11.5 million. Those savings essentially will go to Zeitler, who is due $10 million this year. Zeitler is signed through 2021 with salaries of $10 million in 2020 & $12 million in 2021. No dead money after this season for the 29-year-old.