What does New York Giants 1st Round Pick Deandre Baker Bring to the Defense? 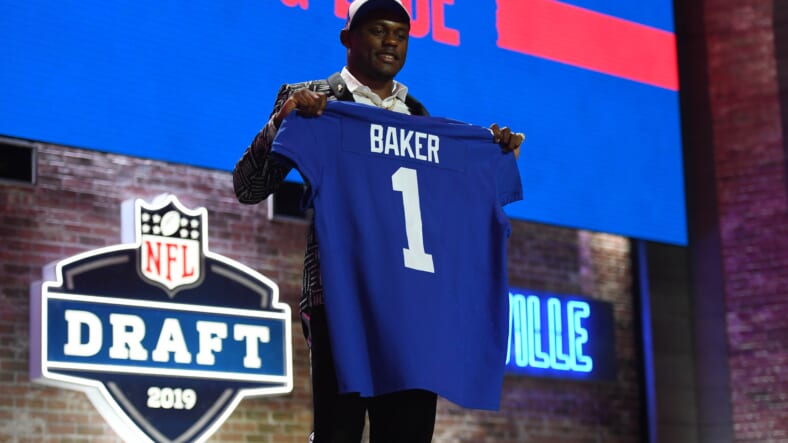 The New York Giants came into the 1st round of the 2019 NFL draft with two picks. At the end of the night, the Giants left with three total players taken in the 1st round.

With their 6th pick, the Giants drafted quarterback Daniel Jones out of Duke University. This is a polarizing pick that stunned the NFL world. The Giants then drafted a defensive tackle, Dexter Lawrence, with the 17th pick.

The Giants were supposed to be done after the 17th pick, but Dave Gettleman had other plans. A player high on his board was falling and he made an aggressive move to get him.

The New York Giants traded up with the Seattle Seahawks to acquire the 30th overall pick and draft Georgia cornerback DeAndre Baker.

In 2018, DeAndre Baker played on a talented Georgia defense that made its way into the college football playoffs. Baker is a physical cornerback with nice size at 5 feet 11 inches, 193 pounds.

DeAndre Baker was the first cornerback drafted in the 2019 NFL Draft class and the only one selected in the 1st round. The Giants are weak in the secondary, so Baker is an excellent pick. He will fit nicely in defensive coordinator James Bettcher’s scheme. Dave Gettleman called DeAndre Baker the best cover corner in the draft.