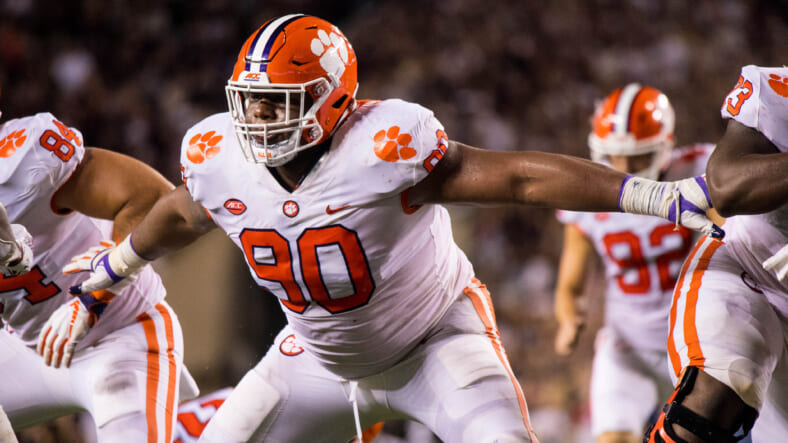 The New York Giants make another questionable but potentially valuable pick with defensive tackle from Clemson, Dexter Lawrence. Clemson’s dynamic duo, Lawrence and Christian Wilkins were one of the most powerful in collegiate football.

The Giants grabbed a great player in Lawrence who can rush the passer and disrupt the line of scrimmage. Pairing him with Dalvin Tomlinson and BJ Hill in DC James Bettcher’s 3-4 scheme will be very beneficial.

NFL.com stated in regard to Lawrence:

Massive defensive tackle with the size, length, power and relative athleticism to play a variety of positions in either a 3-4 or 4-3 front. While Lawrence certainly has his share of flashes on tape, he’s never really turned into the playmaker that many expected him to become after his freshman year. However, many of the best defenses in the NFL have had interior linemen with the traits and power Lawrence possesses. While he has the ability to play in any scheme, he might be at his best as a read-and-react run-stuffer with the ability to stymie running games with his size and force.

Impressive athleticism and health in 2018 built his draft stock to a point where the Giants and GM Dave Gettleman simply couldn’t pass on a strong option. Building out the trenches has been a priority for Gettleman, so this pick makes sense given the needs.