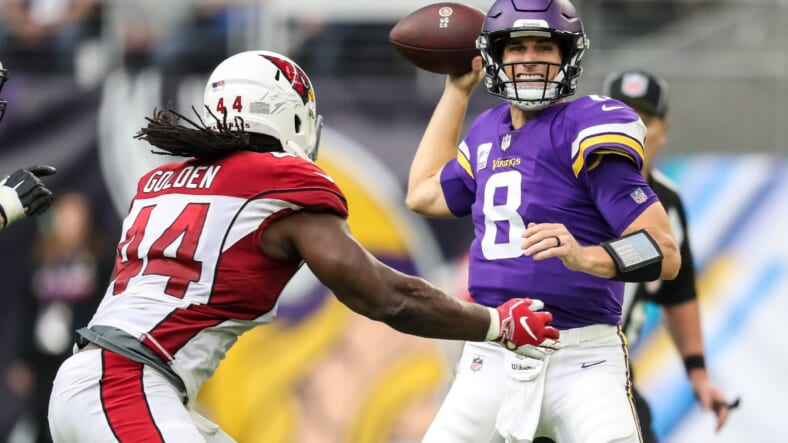 Who will replace Olivier Vernon as the main pass rushing outside linebacker for the New York Giants? That question has been asked by many and there’s not a clear answer yet. Lorenzo Carter, Markus Golden, and rookie Oshane Ximenes are all candidates in that discussion, and whether or not someone steps up and produces for the pass rush will be a major factor in whether or not the Giants defense bounces back from a bad year.

But despite having a down year and only picking up 2.5 sacks in 2018 while coming back from an ACL tear that happened the season prior, Golden is confident in being that player.

“Iâ€™m hunting. I feel good. I feel like myself again,” Golden told the New York Daily News. Golden also claimed that if he didn’t think he could bounce back from his performances last year, he wouldn’t be in the league right now.

“I would retire if I didnâ€™t feel like that. As hard as I work every day, to make sure I can put myself in that position. So of course you want to feel like that. I know I can help the team â€¦ I donâ€™t have no doubt [I can do that] at all. Thatâ€™s why I wake up and work hard,” Golden continued.

Golden’s last good season was 2016, the same year when the Giants last made the playoffs. During that season, Golden had 12.5 sacks and forced four fumbles. Those kinds of numbers would offer a big improvement to a Giants defense that nearly finished last in sacks last season, and if both Golden and Lorenzo Carter can step their game up together, the Giants might just climb out of the league basement in this category.

Golden has big expectations coming into a defense that has a desperate need for sacks, but at 28, Golden could still be considered a player in his prime – and has a lot to gain from returning to his 2016 form with the Giants.