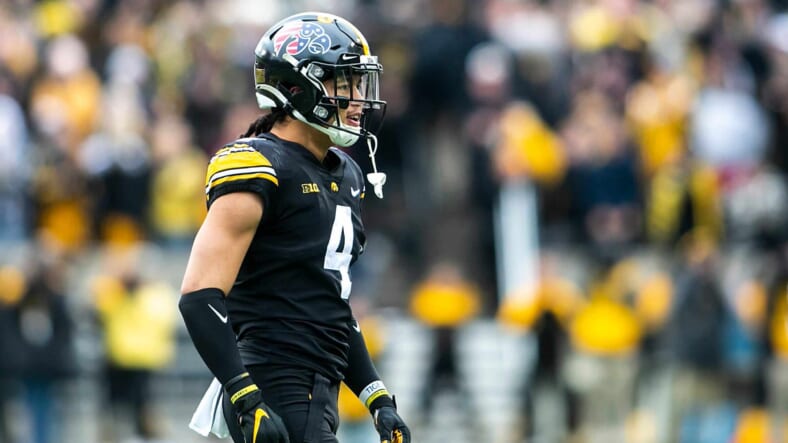 With full pads coming on during Monday’s practice, the New York Giants are preparing to start a more physical and aggressive portion of the off-season. Preseason games are right around the corner for Big Blue, so it is important they begin ramping up their process in the coming days, but they will be without several players due to injury.

On Monday, head coach Brian Daboll stated that center Jon Feliciano would miss another day after suffering from heat exhaustion last week. In his absence, Shane Lemieux will get snaps at center, which is a beneficial transition for Lemieux, while rookie Josh Ezeudu takes over at left guard in the meantime.

However, reporters spotted rookie safety Dane Belton wearing a sling around his left arm, keeping it elevated after suffering an injury last week.

Belton has been a frequent flyer in three safety looks with the first team on Wink Martindale’s defense. The Iowa stand-out is expected to make an impact as a rookie, but he could miss a bit of time after suffering the arm injury.

The New York Giants have a nice player in Dane Belton:

Last season as a Junior, Belton recorded 46 tackles, seven passes defended, and five interceptions. He’s not known for his abilities in man coverage but is a hard-hitting safety and reads the quarterback’s eyes well in zone coverage, which should provide plenty of value in hybrid situations.

Martindale is known for his heavy man coverage style but does incorporate a zone system to help balance out his defense. Belton would likely be competing for snaps at strong safety alongside Julian Love, the Giants’ longest-tenured player in the position.

For now, Love will likely remain as the starter, but the Giants recently signed Andrew Adams to help add more depth to the position. Hopefully, the injury to Belton isn’t a long-term issue, and he can make a return before the start of preseason games.