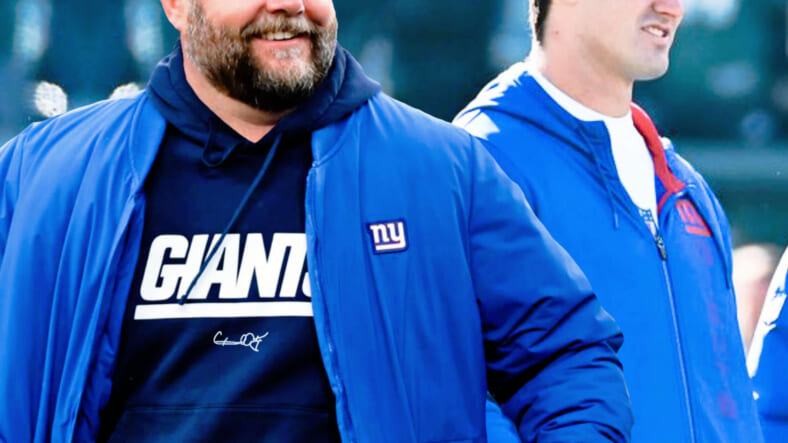 The last two years for New York Giants quarterback Daniel Jones have been tumultuous, to say the least. Jones experienced a career-worst season in 2021, recording 10 touchdowns and seven interceptions. While his fumbling issues seem to have fallen by the wayside, tallying just seven compared to 19 during his rookie campaign, he still has a long way to go before being coined a franchise-caliber quarterback.

The transition to Brian Daboll and Mike Kafka’s offense should help Jones tremendously. But it might be too late given the time required to integrate a new system. Jones is going into his third offense in four years, learning new terminology and building chemistry with his playmakers.

Injuries have significantly derailed Jones’s career up to this point, with most happening to his playmakers. Without Saquon Barkley’s presence and his receivers going down like flies, Jones was forced to pick up a lot of the slack himself, which got him hurt in the process.

A new offense should promote a better version of Daniel Jones:

Jones is excited for Daboll and Kafka to install a modern offensive scheme that will hopefully extrapolate on the strengths of each playmaker.

“I am excited. When you look at both of those guys and the success they’ve had on offense and places they’ve been, that’s been fun to watch,” the quarterback told the Giants Huddle podcast. “It’s exciting for all of us to be a part of that. We understand there’s a lot of work to do before we get there, but we’re excited for what we can be.”

Neal and Robinson expect to have an immediate impact on offense at right tackle and wide receiver, respectively. Jones should have far more manufactured yardage this upcoming season. The new offense will incorporate more screen passes and short route concepts with players in space.

Despite the improvements, Jones will need to have a magisterial 2022 campaign to justify a contract extension. Given he was a Dave Gettleman draft pick, current management doesn’t owe him any loyalty at the end of the day.