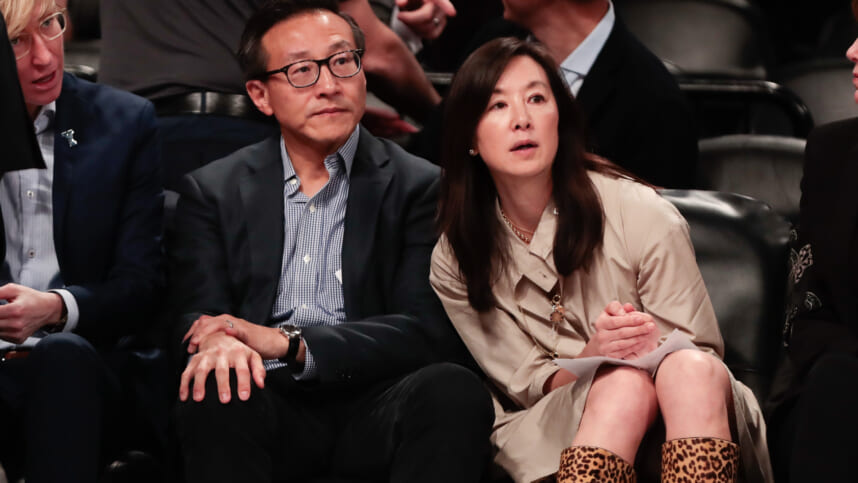 Irving “still has work to do,” Tsai told New York Post after the Nets guard reached the minimum five-game suspension Saturday for promoting an antisemitic film and repeatedly refusing to apologize.

The Nets won their fourth game in five games without Irving, soundly beating the Los Angeles Clippers, 110-95, in another solid defensive effort.

“[Irving] has to show people that he’s sorry. What’s important — and what people miss — is he only apologized after he was suspended.”

Irving must complete the last four remaining requirements — attending sensitivity and antisemitic training, meeting with ADL and Jewish leaders, and donating $500,000 to anti-hate cause — before getting reinstated.

Kevin Durant and the rest of the Nets still don’t know when Irving can rejoin them. But he said Irving is in high spirits after talking to him.

“Looking forward to playing the game, you know Ky, he’s a gamer, he loves to play. So hopefully all this stuff is over with, we can move past it and get him back on the floor soon.”

Durant wants to focus on hoops and hopes to continue the momentum of their rejuvenated player under new head coach Jacque Vaughn, who has guided the Nets to a 4-2 record since taking over from Steve Nash.

“[Irving’s return] has been out of our control. And as players we try to lock in on the game, practices. So we just try to lock in and whenever that figures itself out, it will. That’s over a lot of our heads right now, so we just got to control what we can.

The Nets will go for a Hollywood sweep Sunday night when they take on the Los Angeles Lakers, whose superstar LeBron James is a game-time decision due to left adductor strain.