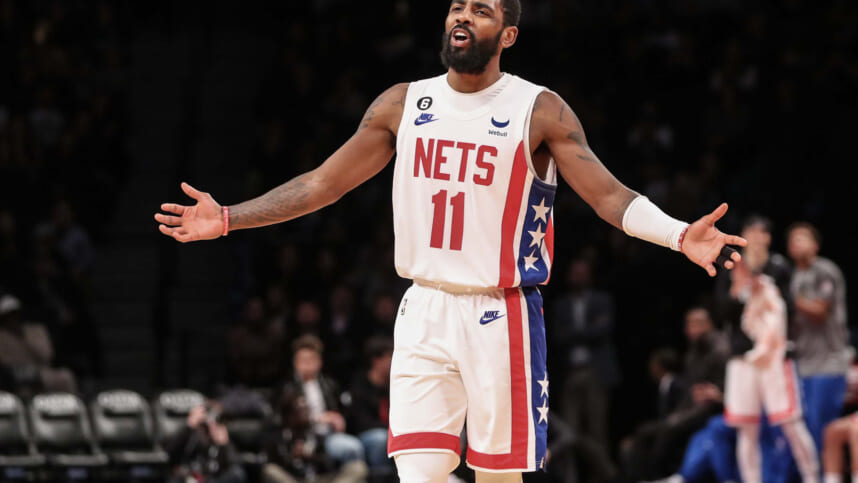 The public apology is not enough to reinstate the Brooklyn Nets‘ controversial star Kyrie Irving.

The Nets have reportedly informed Irving of the six-point action list that he needs to tick off before he can play again in the NBA.

Irving has since issued a public apology via his Instagram account hours after the Nets suspended him for at least five games without pay.

But the backlash continued as Nike suspended their deal with Irving and canceled the launch of Kyrie 8, his latest signature shoe.

“At Nike, we believe there is no place for hate speech and we condemn any form of antisemitism. To that end, we’ve made the decision to suspend our relationship with Kyrie Irving effective immediately and will no longer launch the Kyrie 8. We are deeply saddened and disappointed by the situation and its impact on everyone.”

Los Angeles Lakers superstar LeBron James also condemned his former Cleveland teammate for posting a link to a film with antisemitic tropes and defending it twice in public.

“I believe that what Kyrie did caused some harm to a lot of people. He apologized. But he caused some harm and I think it’s unfortunate. But I don’t stand on the position to harm people when it comes to your voice or your platform or anything. So it doesn’t matter what color your skin is, how tall you are, what position you’re in. If you are promoting or soliciting or saying harmful things to any community that harms people, then I don’t respect it. I don’t condone it.”

“I hope [Irving] understands what he did and the actions that he took are just harmful to a lot of people. I really didn’t get into it too much. But, I understand that when you’re hurting anybody, I understand that. That is just common sense.”

James and Irving won a championship together in Cleveland in 2016. But Irving was dissatisfied with being in the constant shadows of James and subsequently asked for a trade. It signaled the start of the downward path for Irving from the top of the basketball world.

From subscribing to Earth is Flat theories to the much more concerning wild conspiracies, Irving has become more of a distraction than a good addition to his next two teams, the Boston Celtics and Nets.

Irving has already lost more than $300 million for his controversial and sometimes misguided thoughts.

If Irving satisfies all the conditions, he could return as early as the Nets-Lakers matchup on Nov. 13.

He took the first step by taking full responsibility and issuing a public apology. But it’s still a long way to go.

“We’re going to give him some time. It’s up to him. Again, his actions will speak louder than words, and if he wants to participate in that, we’ll see where it goes.”

Irving’s NBA contract is expiring. His market value is shrinking. His beliefs are crumbling.

Staring at a life’s crossroads, Irving has to choose which path to take.