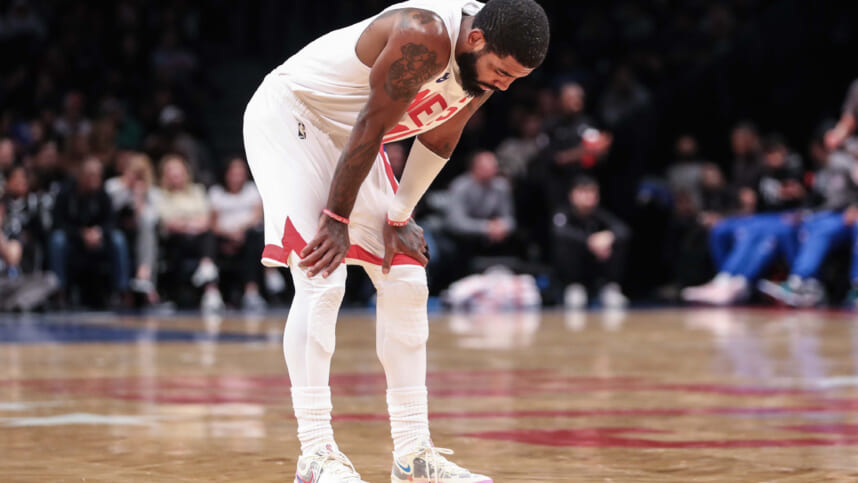 Shortly after the Brooklyn Nets slapped Kyrie Irving with at least a five-game suspension, the controversial superstar finally apologized for posting a film with antisemitic tropes on his Twitter last week.

Irving apologized late Thursday night through his Instagram, which has 17.6 million followers.

Irving conceded that the 2018 film “Hebrews to Negroes: Wake Up Black America” contained “some false anti-Semitic statements, narratives, and language that were untrue and offensive to the Jewish Race/Religion.”

“To All Jewish families and Communities that are hurt and affected from my post, I am deeply sorry to have caused you pain, and I apologize.”

Irving said his initial reaction was out of emotion for being unjustly labeled as Anti-Semitic. He received widespread backlash, including from NBA legends.

Irving had a testy media availability with reporters last Saturday night regarding his controversial Twitter post, which has been since taken down, following his team’s home loss at the hands of the Indiana Pacers.

Irving again refused to apologize Thursday morning during his first media session since the weekend. That’s when the Nets decided to slap him with at least a five-game suspension without pay “until he satisfies a series of objective remedial measures that address the harmful impact of his conduct.”

The public apology is the first step to his future reinstatement with the Nets, who are still reeling from the firing of Steve Nash owing to a poor start.

Irving, who earlier sent his father and his stepmother on his behalf to a dialogue with the Anti-Defamation League, vowed: “to move forward by having an open dialogue to learn more and grow from this.”

The ADL, through their CEO Jonathan Greenblatt, earlier declined to accept Irving’s $500 million donation for the anti-hate causes following his suspension and refusal to apologize during his media session.

The ADL and Greenblatt have yet to react to Irving’s public apology.

Irving’s suspension begins Friday night when the Nets visit the Washington Wizards. If he satisfies all the objective remedial measures required by the Nets, he could return as early as their marquee matchup against the Los Angeles Lakers on November 13.