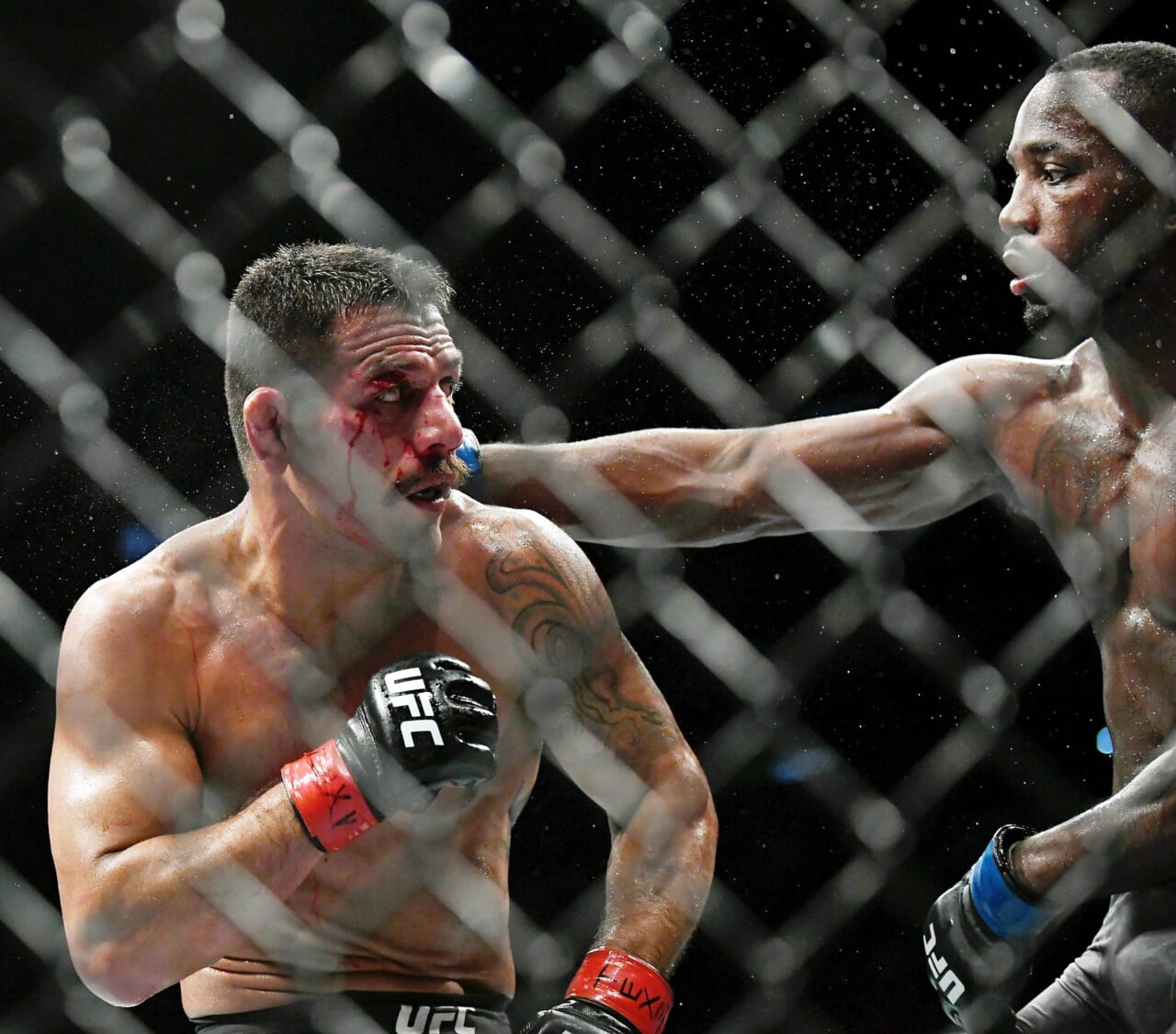 This past weekend in the co-main event of UFC 272, former lightweight champion Rafael Dos Anjos (31-13) returned to the octagon. In his return, the former champion took on the very tough and durable Renato Moicano (16-5-1).

Now, originally, this was not the fight for RDA at UFC 272. The former champion was set to take on Rafael Fiziev (11-1) in the co-main event. Well, actually, the two were supposed to headline a UFC Fight Night, but Fiziev struggled getting a visa to get to the US.

Then, after obtaining his visa, Fiziev came down with Covid and the fight was cancelled. The UFC tried to make RDA and Islam Makhachev happen, but the Makhachev camp turned down the fight. That’s when they landed on Renato Moicano.

Moicano had flown back to Brazil, but turned right around and came back for UFC 272. He cut a ton of weight on a couple of days notice to get a co-main event slot against RDA. Well, it wasn’t a cinderella story for Moicano.

Dos Anjos completely dominated the fight from the very beginning. It got to the point where many were calling for the fight to be stopped after four rounds, but Moicano hung in there. In fact, Moicano came on strong in the fifth, but it was still a dominant win for Dos Anjos at UFC 272.

I would like to see the former UFC lightweight champion get back in the octagon as soon as possible. The most obvious choice would be going ahead and rebooking the fight between RDA and Fiziev.

Personally, I think this is the path the promotion will likely go in. However, there are some additional options that RDA has expressed interest in. The UFC is working towards rebooking Islam Makhachev against Beneil Dariush. However, if there are any slip ups with Dariush, I think RDA should get that fight.

Dos Anjos has also expressed interest in fighting Conor McGregor. McGregor is targeting a UFC return in the summer and that would line up perfectly with RDA. These two were originally supposed to fight back at UFC 196, but an RDA injury nixed the fight and it was never remade.

One of those three should be next for RDA. He’s confident he’s got one more run in him back to the UFC lightweight title, but he needs a test from a top contender. Any of those three would provide that.

The UFC has scrambled and found a replacement opponent for Rafael Dos Anjos (30-13). Yesterday, we all learned that Rafael Fiziev had tested positive for Covid and was out of the UFC 272 co-main event against RDA.

With that, the promotion scrambled to find a new opponent for Dos Anjos. RDA desperately wanted to stay on the card and the UFC didn’t want to lose him off the card. The search went down many paths and one that got fans excited was Islam Makhachev (22-1).

Makhachev put out there on Twitter that he would face RDA at 170 pounds. Immediately, Dos Anjos agreed to the fight online and sources have said that he was more than willing to fight Islam Makhachev at UFC 272.

However, I cautioned in our article yesterday that I didn’t see Makhachev or his team accepting this fight. They believe they are in line for a title shot and I just couldn’t see them taking the fight. Turns out, the Makhachev team turned down the fight.

When it became apparent that Makhachev wasn’t a viable option for UFC 272, the promotion started zeroing in on Renato Moicano (16-4). Moicano is coming off of a big win against Alexander Hernandez at UFC 271.

It was Moicano’s second straight finish in the lightweight division. Moicano and his team immediately agreed to the fight and then the teams started working out the details. Moicano’s manager was the first to announce that the deal was done.

The fight will still serve as the co-main event of UFC 272 and it will remain five rounds. Moicano is currently in Brazil, but he will immediately fly back to the United States to take this fight on short-notice. Per Moicano’s manager, he’s currently weighing 180 pounds.

Moicano will meet RDA at a catch weight of 160 pounds. The deal has been agreed to and all that’s left is putting signatures on paper and RDA will officially have his new opponent for UFC 272.