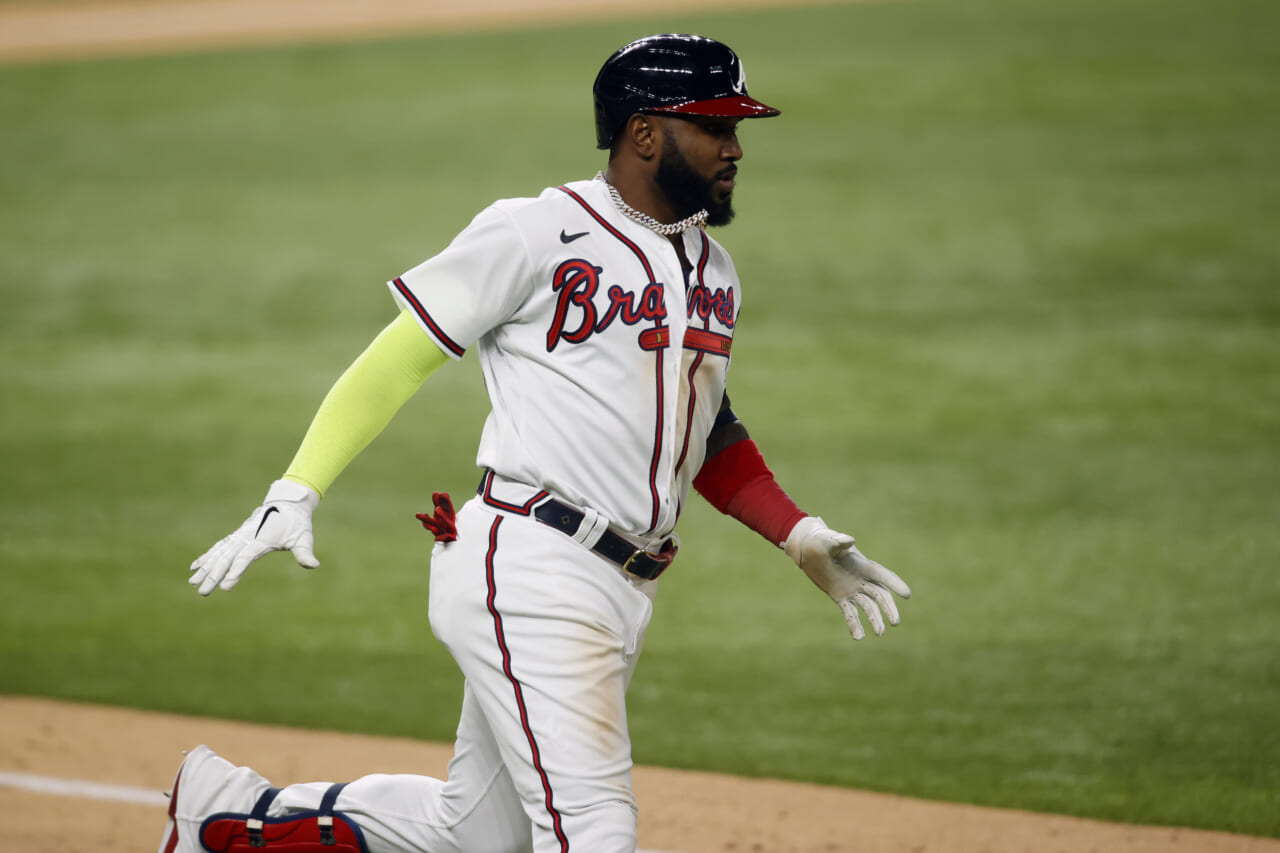 While reports indicated that New York Yankees general manager Brian Cashman had been scouring the market for potential trade partners regarding pitchers, it was certainly a surprise to see outfielder Marcell Ozunaâ€™s name pop up in connection with the Bombers.

Recently, Cincinnati Reds star Luis Castillo and Pittsburgh Pirates relief pitcher Jameson Taillon have both been connected to the Yankees, but adding Ozuna to the list throws a wrench into our expectations. The outfield seems to be settled for the Yankees, with the exception of Brett Gardner potentially returning on a one-year deal.

However, the expectation was that Clint Frazier would be a regular starter moving forward, and with Ozuna seeking a four-year deal, according to Hector Gomez of Z Deportes, Cashman might just be meddling in exterior business.

SOURCE: Marcell Ozuna is seeking a 4-year and up multi-year contract. Six teams have shown interest:

While the Yankees did sign Corey Kluber to a one year, $11 million deal, they still need pitching support in the starting rotation. Ultimately, relying on a bevy of pitchers who havenâ€™t performed in quite some time isnâ€™t a recipe for success, which is why Cashman continues to float trade opportunities to teams who might be looking to add prospects. The Yanks do have a few trade(able) pieces that can help start right away for other clubs, including Miguel Andujar.

What would Ozuna bring to the New York Yankees?

Nonetheless, circling back to Ozuna, who played in just 60 games for the Atlanta Braves in 2020 â€” he could be a fantastic addition to the outfield. Their interest in Ozuna could also indicate Frazier being a potential trade piece for a pitcher.

Over 60 games last season, Ozuna posted a .338 batting average with 18 homers and 56 RBIs. He earned a career-high 14.2% walk rate but did struggle defensively. He played 39 games in the designated hitter spot and 19 in left field, where Frazier would likely feature.

It is interesting to see the Yankees inquire about the free-agent outfielder, especially in left field. However, it seems as if he is doomed to a life at DH in the future, and the Yankees already have one monster slugger in Giancarlo Stanton who canâ€™t play defense anymore due to injury.

I feel as though Cashman might just be keeping tabs on Ozuna unless he has a master plan involving trading away Frazier and opting for a more offensive focused player in Ozuna with the idea of sacrificing his defense of issues for power in the batterâ€™s box.

It has been a painfully slow off-season for New York Yankees fans, as general manager Brian Cashman inches his way toward a DJ LeMahieu contract extension. However, preparing for the worst is something that is necessary, as DJ has told his representatives to continue exploring alternative options as Cashman plays the long game.

Both the Toronto Blue Jays and Los Angeles Dodgers have been in contact with his representatives, but LeMahieu still wants to stay in pinstripes, which might be playing a significant part in the stretching of this negotiation period.

LeMahieu has pretty solid grounds to stand on, as well, after winning the batting title in 2020 with a .364 average. After two consecutive fantastic seasons, DJ deserves a big contract, but at 32 years old, teams are skeptical about dishing out the greenery.

Nonetheless, Cashman is preparing for a backup plan, and his name is Marcell Ozuna. According to a well-known Dominican republic reporter, the Yankees and Dodgers have both inquired about Ozuna, who previously featured with the Atlanta Braves in 2020.

This comes from one of the biggest sports reporters in the Dominican Republic, where Ozuna is from https://t.co/vBP06sqtPr

What would Marcell Ozuna offer the New York Yankees?

Ozuna is a fantastic talent who has spent time with Miami Marlins, St. Louis Cardinals, and Braves over the past eight years. In 2020, he posted a fantastic .338 average with 18 homers and 56 RBIs. In fact, he actually fits the bill quite well for the Yankees, who tend to rely on sluggers.

Back in 2017, Ozuna had a career-high 37 long balls, and with the Yankees’ ability to maximize power, he could break another personal record if required. He is only 30 years old, so heâ€™s two years younger than LeMahieu. However, he does play in the outfield, which would pose a potential issue for players like Clint Frazier. He also featured in the designated hitter position for 39 games, where Giancarlo Stanton currently makes a living.

These rumors canâ€™t be confirmed from alternative sources, but it is quite interesting the Yankees would consider Ozuna as a potential target. As a primary DH hitter, they already have Stanton, and Clint Frazier is expected to take a more prominent role in 2021.

Nonetheless, it is nice to see a report regarding the Yankeesâ€™ interest in a big free agent since theyâ€™ve been relatively quiet over the past few months. 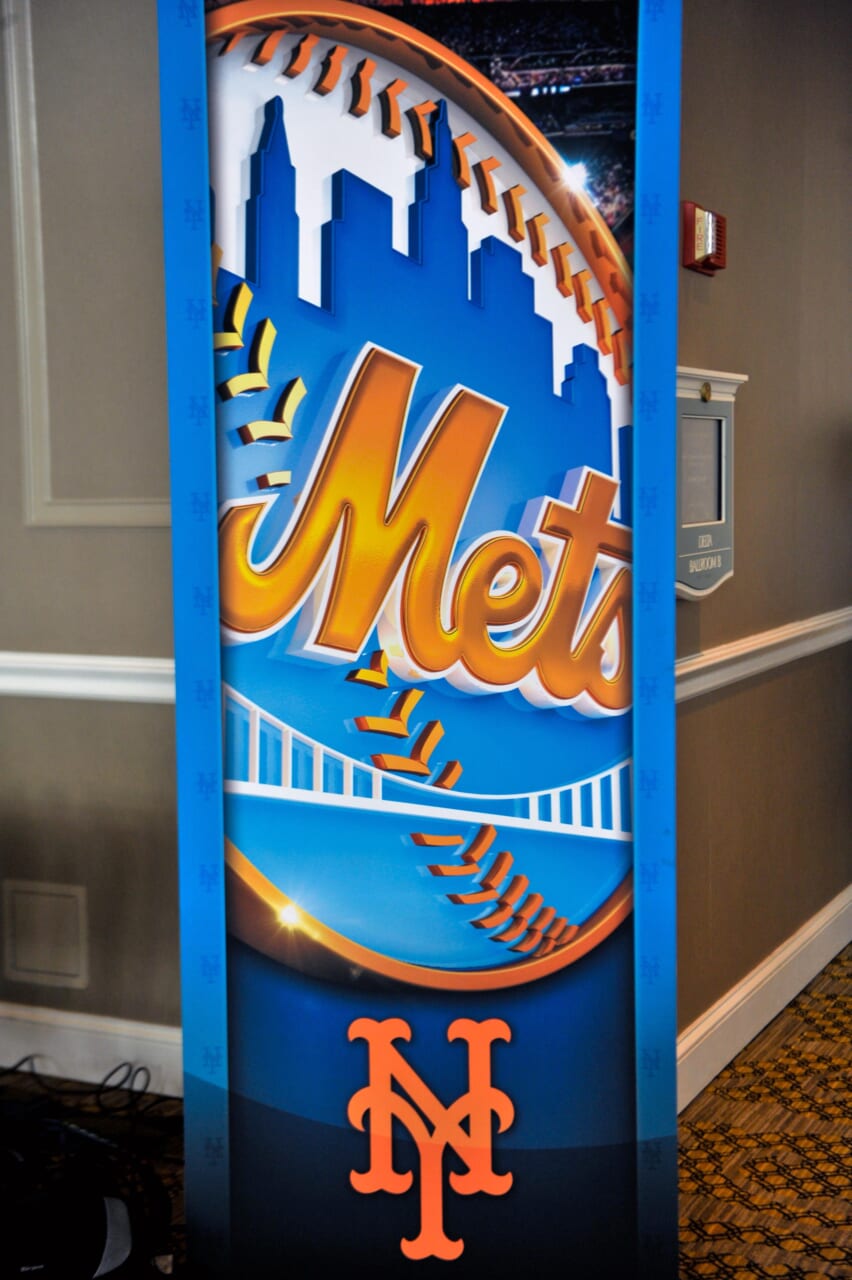 The New York Mets continue to check all the boxes when it comes to monitoring the free agent market. It seems like the new regime, led by owner Steve Cohen and president Sandy Alderson, is doing their due dilligence in analyzing every possible option to improve the roster for the 2021 season.

According to Ken Davidoff of the New York Post, the New York Mets are one of the teams showing interest in free agent outfielder Marcell Ozuna, who spent the last season with the Atlanta Braves.

Last week, Jon Heyman of MLB Network had said that Ozuna had been drawing interest from as many as 10 teams since the World Series ended. Now, we know for sure that one of those clubs is the Mets.

The Mets don’t have an urgent need for a corner outfielder, given that Michael Conforto, J.D. Davis and Dominic Smith are all under contract. However, adding a bat like Ozuna should always be worthy consideration for a club that wants to compete now.

While he is no elite defender, Ozuna can rake. As a right-handed hitter who destroys left-handed pitching (1.330 OPS against them in 2020) he would fit in nicely in the Mets’ lineup.

Another slugger for the Mets?

Ozuna hit .338/.431/.636 with 18 home runs and 56 RBI over 60 regular-season games for the Braves in 2020. Imagining a lineup with Ozuna, Pete Alonso, Jeff McNeil, Smith, Davis, Brandon Nimmo, Robinson Cano, Conforto and others is a fun scenario for Mets’ fans, although at least one of those names would lose everyday at-bats.

The Mets have specific needs in the catcher and starting pitching positions, so signing Ozuna may not be viewed as a priority. But it could be possible.

Ozuna, who finished sixth in the Most Valuable Player voting this season, is presumably looking for a long-term contract, and he clearly deserves one. Will the Mets be willing to give him one? 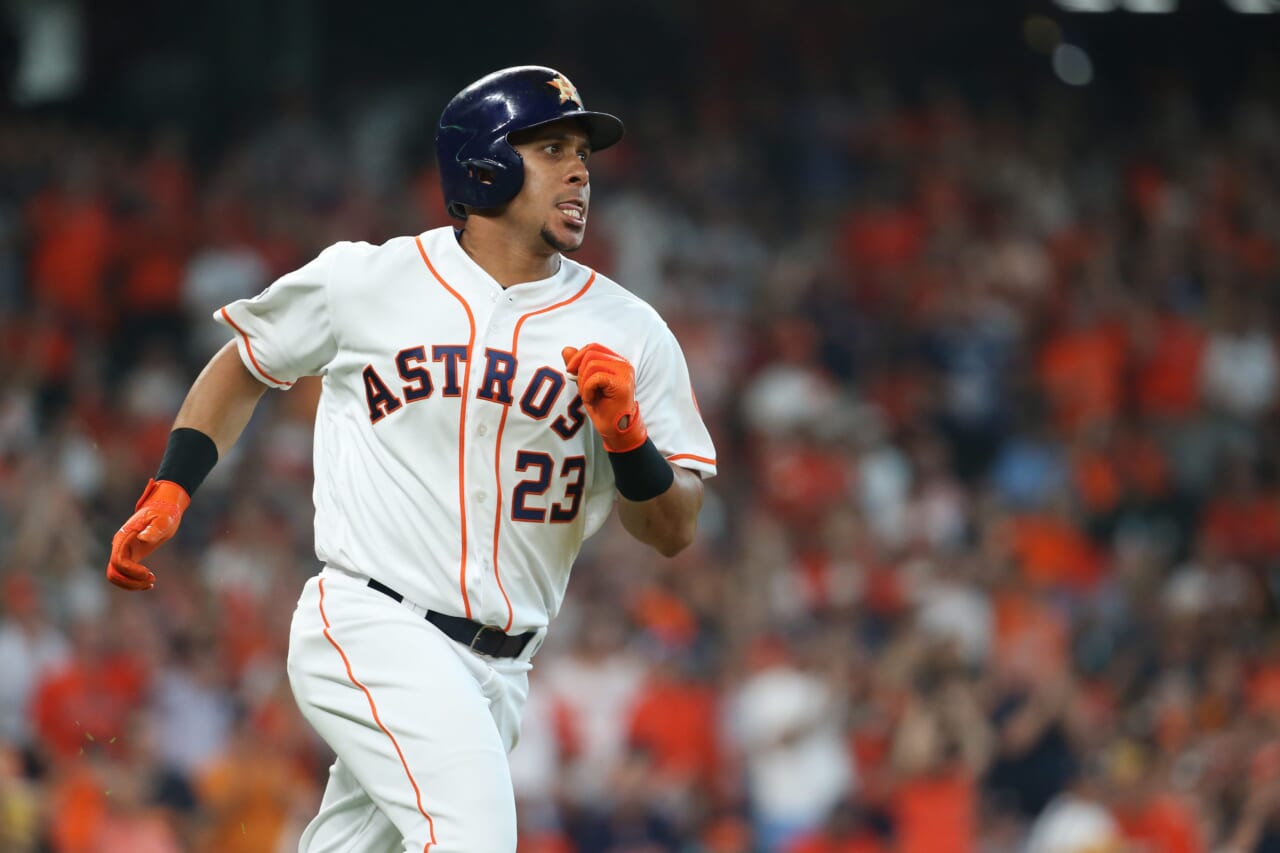 With the MLB postseason beginning to wind down, it means that the off-season is quickly approaching. This years free-agency market is set to be a big one with some huge names hitting the open market.

The New York Yankees are no exception, as some of their best players, such as DJ LeMahieu and Masahiro Tanaka, are free agents. However, the Yankees could still use a few pieces this winter, and there are some new names they could pursue.

Although Clint Frazier had a breakout 2020 season, there’s still some uncertainty on who will play left-field in 2021. It could be Frazier, or the Yankees could resign Brett Gardner. The other option would be to pursue a free-agent, and there are two stars hitting the open market that the team could pursue.

Brantley, 33, is coming off his second season as a Houston Astro. Prior to signing with Houston, he was a long-time outfielder for the Cleveland Indians.

Brantley is also a good defender, racking up 15 defensive runs saved as a member of the Astros.

The 29-year-old Ozuna had an MVP caliber season in 2020, batting .338 while leading the NL in home runs (18) and RBIs (56). Â He’s shown some inconsistency between seasons, but he could be a risk worth taking.

The Yankees have a few options on how to fill left-field in 2021, but pursing a free-agent like Brantley or Ozuna could improve the team the most.