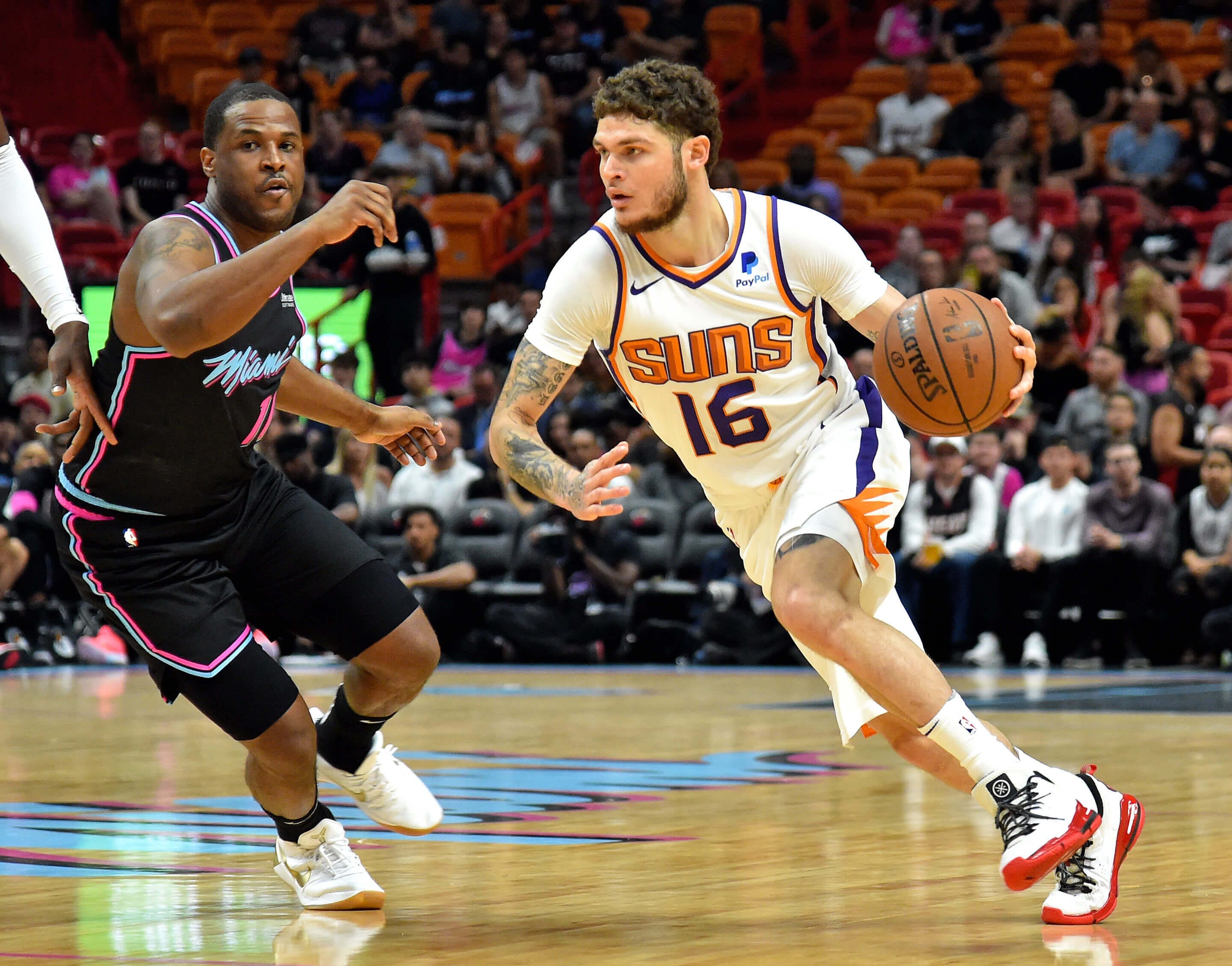 Tyler Johnson will be one of the handful of new faces suiting up for the Brooklyn Nets in the NBA restart later this month.

Ironically, Johnson signed a four-year, $50 million offer sheet with the Nets in 2016, but the Miami Heat matched the contract, as the guard was a restricted free agent.

Johnson is “ecstatic” to finally be playing for the Nets (quotes per Brian Lewis of the New York Post).

“My mom still says Sean is one of her favorite people of all time. We’re very fortunate to be in this position. I signed that offer sheet four years ago, so I was ready at that time to become a Net,” Johnson said, referring to a restricted free agent offer sheet.

“Obviously we know the story, Miami matched it. But … we were very interested in what was being built here. So we actually did sign that offer sheet and I was ecstatic when we got that call to come back over here.”

Nets interim head coach Jacque Vaughn says Johnson “fit into the description of what a Net is.”

“I did meet Tyler and overall impression was this was a guy we’d love to have with us in our organization, a guy that understands what it means to play and consider more than just himself when he’s on the floor. So he fit into the description of what a Net is,” Vaughn said.”

“Part of life’s twists and turns. We get him a little later, and fortunate to have him on the team now.”

The Heat traded Johnson to the Phoenix Suns two and a half seasons into his four-year deal. The Suns released Johnson in February.

Johnson ponders whether he was “100 percent” in Phoenix.

“Maybe I wasn’t at 100 percent. I was working through it, trying to get right. But I didn’t have that pop, that bounce I used to have where I’d try to go up over the top of people. Who knows if that played a role in anything,” said Johnson, adding his knee is OK now. “I don’t put any blame anywhere but myself. At the end of the day I can only control myself.”

Johnson views being with the Nets as a chance at “redemption.”

“Obviously it didn’t work out the way I would’ve wanted. There was a handful of things that could’ve gone better, not necessarily being anybody’s fault. Coming in and having the quick change, it took a long time for everyone to get on the same page. Unfortunately it didn’t work out. But fortunately, I’m here. I find myself in a position where I can have a little bit of redemption.”

Johnson averaged 5.7 points and 1.6 assists per game while shooting 38.0 percent from the field across 31 games with the Suns this season. 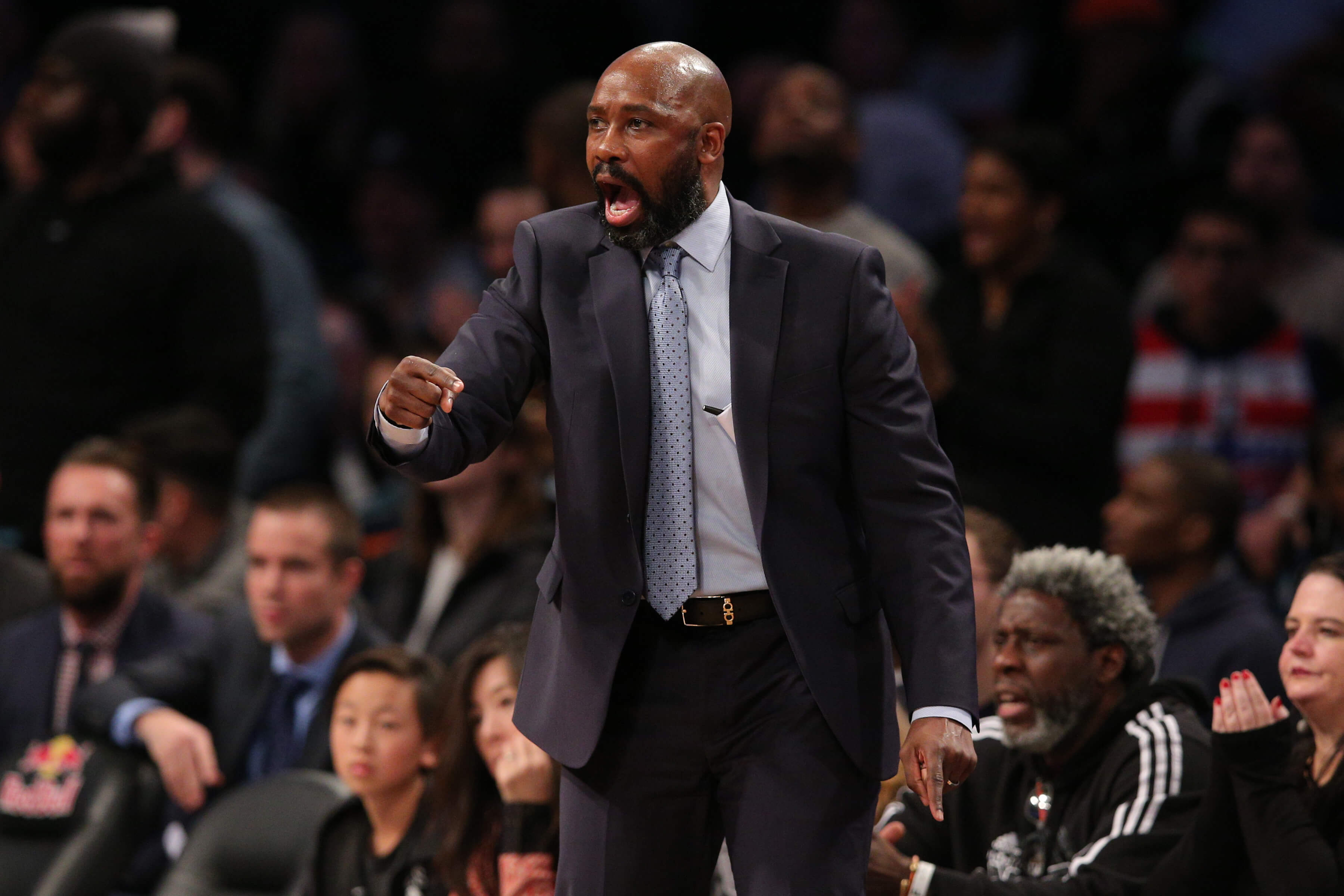 Among the many storylines surrounding the Brooklyn Nets is their head-coaching future. Jacque Vaughn took over as interim head coach after Brooklyn and Kenny Atkinson parted ways in March.

Vaughn coached two games before the NBA season was suspended and will be traveling to coach the Nets in Walt Disney World later this month. According to ESPN’s Adrian Wojnarowski, Vaughn could be roaming the Nets’ sidelines beyond the summer festivities.

On the latest edition of “The Woj Pod,” Wojnarowski said he’d take Vaughn “against the field” to be the Nets head coach next season.

“He’s the head coach. They didn’t make him interim coach. I think the Nets are considering the possibility of a search, but I would still give Jacque Vaughn — I would take Jacque Vaughn against the field right now.”

Prior to his head-coaching promotion Vaughn was an assistant under Atkinson for three and a half seasons, the head coach of the Magic from 2012-15 and an assistant coach under Gregg Popovich with the San Antonio Spurs from 2010-12.

The Nets have been connected to other coaches around the league such as Tyronn Lue, Tom Thibodeau, Mark Jackson and Jeff Van Gundy, among others.

Forward Wilson Chandler and center DeAndre Jordan have opted out of the NBA season, and big man Nic Claxton is out for the season with a shoulder injury. The Nets signed guards Tyler Johnson and Justin Anderson. Jarrett Allen recently discussed the challenges of players living in the NBA bubble and his role in the Nets rotation with the aforementioned players absent.

The NBA regular season is scheduled to resume on July 30. 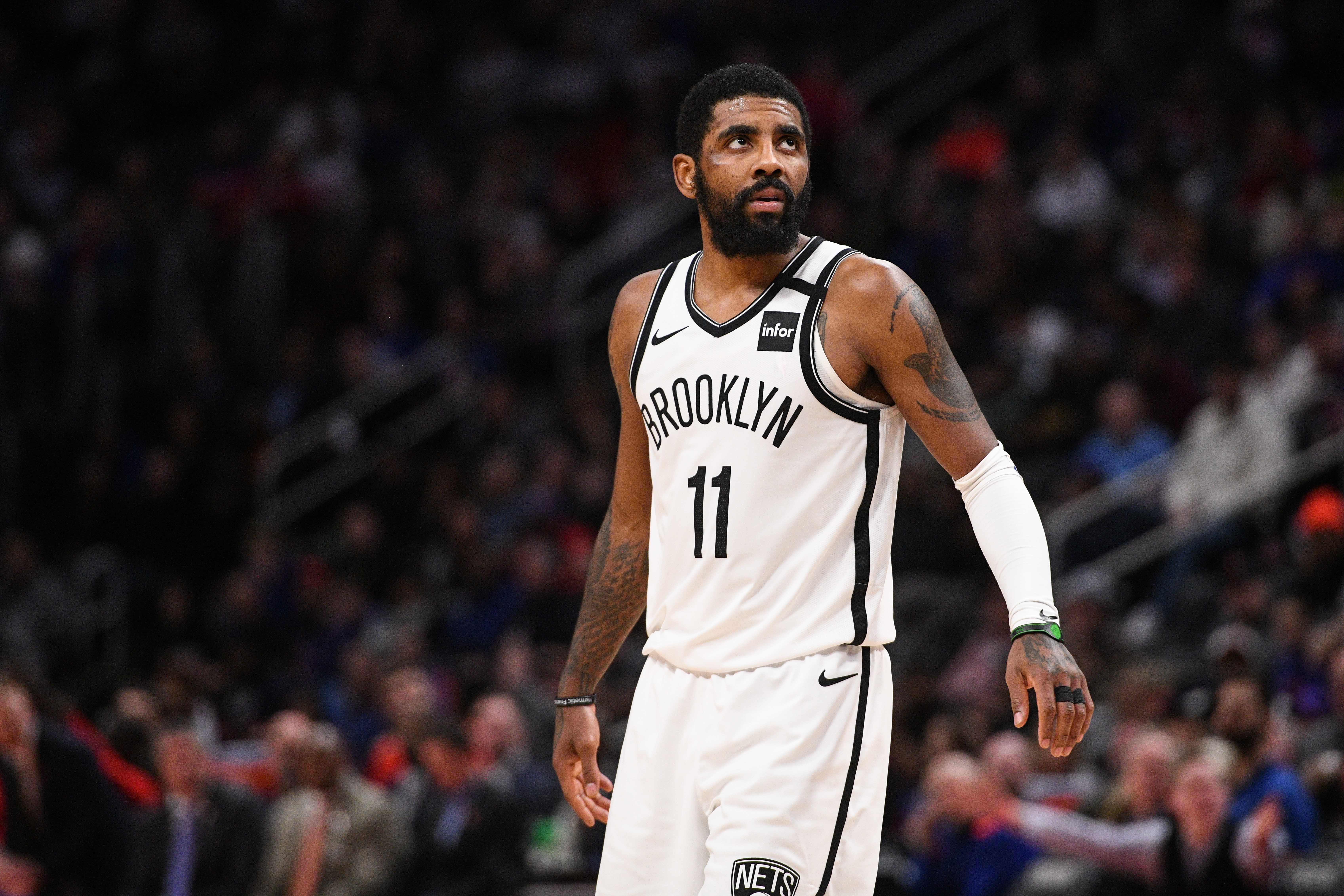 Last summer, the Brooklyn Nets signed Kevin Durant and Kyrie Irving to four-year, max-level contracts. Durant has missed the entire 2019-20 season as he rehabs from a torn Achilles tendon suffered in the 2019 NBA playoffs. Meanwhile, Irving has been limited to 20 games this season due to a handful of injuries.

As the NBA gears up for the resumption of the 2019-20 regular season, Nets general manager Sean Marks feels it’s important to take into account the long game with Durant and Irving regarding them playing this season (quotes by means of Brian Lewis of the New York Post).

“[Irving] is doing well. But like Kevin, you have to look at the risk-reward. When you have a lot of money and your future tied to a couple guys — the whole team, but these two guys are an integral part of it — they haven’t had the appropriate buildup,” Marks said Friday on WFAN. “The last thing you want to do is put these guys out there when they haven’t had the appropriate workload and buildup.”

Marks feels that Durant and Irving should have some input on the team’s head-coaching future.

“It would not be smart of us if we were not to involve some of these key players in this decision,” Marks said. “Kevin, Kyrie, we’re going to pick their brains on what they’re looking for in a leader, what they need. They’ve been brutally honest so far.”

Marks makes it clear that the two stars want to win a championship with the Nets.

“I’m not going to be asking Kevin to come down to Orlando to evaluate anybody. When you get to the level of those elite players, they have ultimate goals in mind. They want to be held accountable. Kevin and Kyrie have told me they want to win a championship in Brooklyn.” 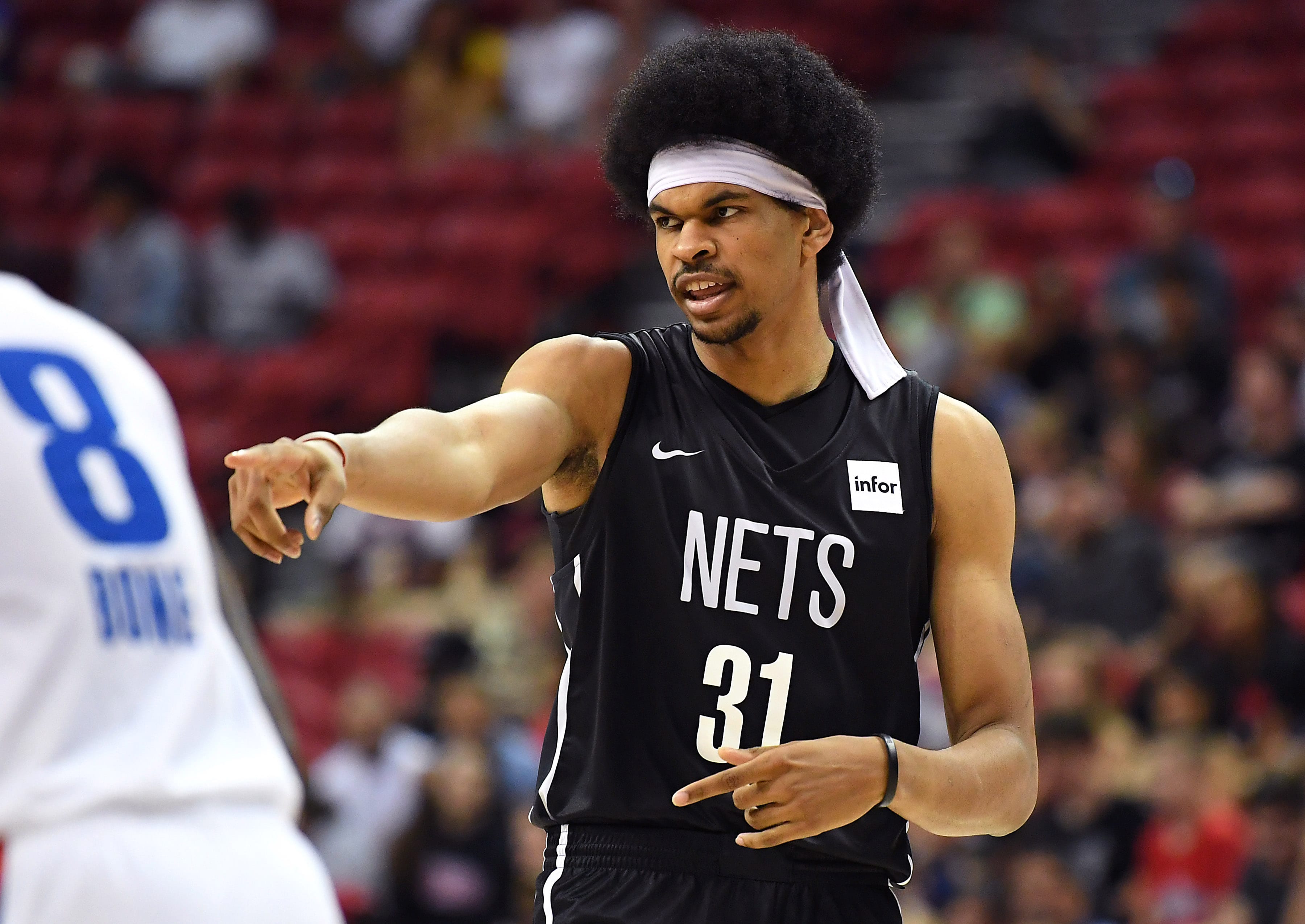 In an interview with Brian Lewis of the New York Post, Brooklyn Nets big man Jarrett Allen expressed uncertainty about whether players will be able to fully abide by the rules of the NBA bubble in Walt Disney World later this month.

“It’s going to be 310 players or something like that. Take NBA players out of it: That’s a lot of people to make sure you have complete control and complete guidelines over. Then you add the NBA aspect, a bunch of grown men in this situation. We have our needs, we have our wants, and you know how we are,” Allen said with a smile. “I agree there’s going to be some level of hardship like Dame [Damian Lillard] said.”

Despite the varying levels of apprehension Allen feels the players are in good hands with the NBA and Walt Disney World.

“For everybody, including myself, it’s a little bit of worry. We’re all going to an unknown,” Allen said. “But at the end of the day, I have no doubt the two powerhouses — Disney and the NBA — are coming up with the best solution for us. Obviously, there’s a little doubt in my mind; we’re all human. But I’m confident.

Allen ultimately determined his best choice was to suit up for Brooklyn this summer.

“I did question myself whether it’s worth risking my health. But at the end of the day, weighing the options, it’s better for me to go.”

The Brooklyn Nets could use some more big men

Head coach Jacque Vaughn’s rotation will be thin inside, as center DeAndre Jordan will be sitting out the resumption of the NBA season in the wake of testing positive for COVID-19. Meanwhile, fellow big man Nic Claxton is out for the season with a shoulder injury, and forward Wilson Chandler announced he will also be sitting out.

Allen feels there’s “some” pressure on him to answer the bell.

“There is some pressure. I don’t want to say I’m the last big standing, as bad as that sounds. There’s some pressure for me to be able to stay healthy and help the team succeed,” Allen said.

“I’ve been in this position before… Rookie year I was the main big playing, then last year when Ed [Davis] got hurt I had the load, and this year this happened. I just need to come out and prove I’m able to play at this level again.”