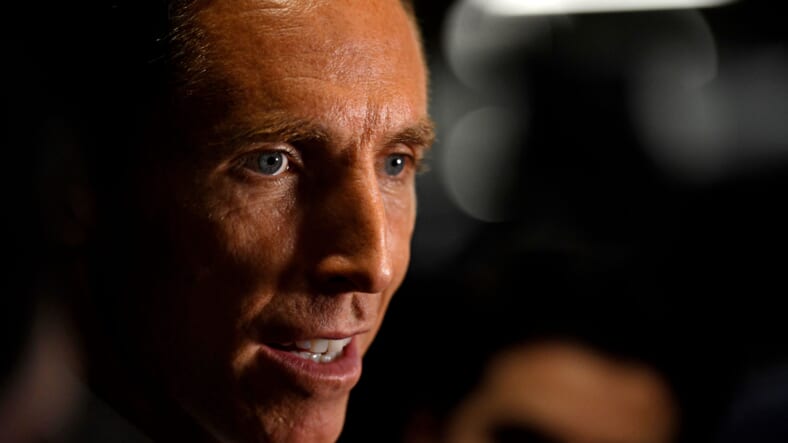 The Brooklyn Nets will reportedly hire Steve Nash as the 27th head coach in team history. Interim boss Jacque Vaughn will be retained.

Hall of Fame guard Steve Nash has signed a four-year contract to become the next coach of the Brooklyn Nets, sources tell ESPN.

Per ESPN Adrian Wojnarowski, the Brooklyn Nets are set to name Hall of Fame point guard Steve Nash the 27th head coach in team history. Nash’s initial contract will be for four years.

Wojnarowski also reports that interim head coach Jacque Vaughn will be retained as an assistant and “become the leagueâ€™s best compensated assistant coach”.

This will be the first coaching job for Nash, 46, who spent 18 seasons with Phoenix, Dallas, and the Los Angeles Lakers.

The Johannesburg, South Africa native entered the league as a first-round pick (15th overall) of the Suns in 1996 out of Santa Clara. Nash is generally regarded as one of the best point guards in NBA history, winning two MVP awards (2005, 2007) and reaching eight All-Star Games. He also leads NBA players with four 50-40-90 seasons, shooting at least 50 percent from the field, 40 percent from three-point range, and 90 percent from the foul line. Larry Bird is the only other player in NBA history to earn multiple such seasons. Nash was inducted into the Naismith Memorial Basketball Hall of Fame in 2018 alongside fellow former Suns teammates Jason Kidd and Grant Hill.

After retiring in 2015, he took on part-time consultant duties with the Golden State Warriors, partaking in the team’s most recent two championship runs (2017, 2018). He also held a similar role for the Canadian national basketball squad, previously serving as the team’s general manager for nearly seven years. The team earned a silver medal at the 2015 PanAmerican Games in Toronto, their best finish in the tournament’s history.

Vaughn returns to assistant duties after taking over for the fired Kenny Atkinson in March. He went 7-3 during his time at the helm, including a surprising 5-3 mark in the NBA’s Orlando bubble proceedings. Brooklyn was swept in the first round of the Eastern Conference playoffs by the defending champion Toronto Raptors.

This story will be updated pending further information.