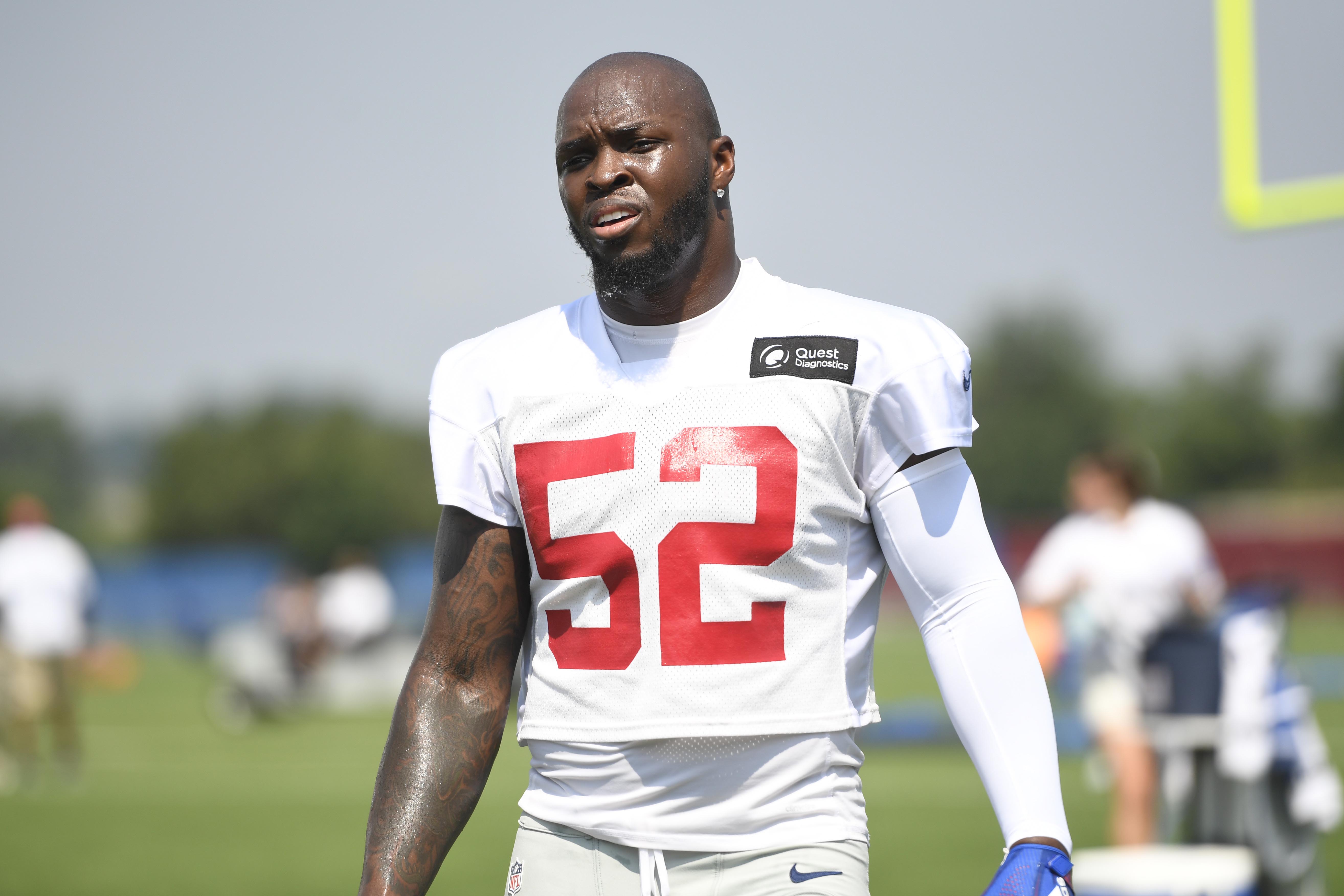 Last offseason, the Giants attempted to improve their linebacker position via trade. The Giants acquired Alec Ogletree and a 2019 7th round pick from the Los Angeles Rams in exchange for a 2018 4th round pick and a 2018 6th round pick.

Despite this trade, the Giants’ linebacker position was still below average in 2018. Alec Ogletree finished the season with a 50.7 overall grade, ranked 81st out of all linebackers in the league. He was inconsistent in coverage and missed many tackles that left fans frustrated with the defensive captain. B.J. Goodson performed better (66.2 overall PFF grade), but was still only the 41st ranked linebacker in the NFL.

Luckily for the Giants, there are plenty of options to upgrade the linebacker position in the 2019 offseason. There are options in the 2019 free agency class. The Giants can certainly find quality linebackers to start for 2019 and beyond.

One big-name linebacker they could sign is Anthony Barr from the Minnesota Vikings. Barr is a jack-of-all-traits. He can rush the passer, defend the run, and play in coverage. Anthony Barr has been selected to the Pro Bowl each of the past four seasons.

Anthony Barr accumulated 23 pressures on just 94 pass-rush snaps in 2018. On top of that, 2018 featured a career high in sacks for Barr 3 total sacks. This is especially impressive considering Barr’s high number of pressures and low number of pass-rush snaps. This prompted some to believe he should be converted to a full-time edge defender like he was in college

However, it would not be surprising if Barr remained at linebacker because of his ability to play in coverage. His 22 total passes defended in only 5 seasons proves he is a playmaker at the linebacker position.

He had a down year in 2018. He posted a career worst tackle total with only 55 but that could work to the Giants’ benefit. His 2018 campaign could lead him to a lower market value this offseason. If Barr could return to form, he could take the Giants’ defense to the next level.

Jordan Hicks is another big-name free agent that the Giants could look to sign. Stealing an impact player from a division rival could reap plenty of benefits. He could give the Giants some insider info on how to beat the Eagles’ defense. On top of that, Hicks is one of the best coverage linebackers in the NFL. He had 5 passes defended in 2018.

After missing 9 games in 2017 with a leg injury, Hicks bounced back with a solid campaign in 2018. In only 12 games, Hicks posted 91 total tackles. Hicks also totaled 3 sacks and one fumble recovery.

Hicks was still working his way back from injury in 2018, but if he is completely healthy in 2019, he could return to form as one of the best linebackers in the NFL. In 2016, Hicks played all 16 games and was lockdown in coverage. He had 5 interceptions and 11 passes defended in 2016. The Giants’ defense would welcome that production with open arms.

Bucannon used to play safety for the Cardinals, but Bettcher had the wits to convert him to linebacker because of his tackling ability. In 2015, when Bucannon was playing both safety and linebacker, he racked up 109 tackles. He also had an interception, 3 passes defended, and 3 forced fumbles.

Unfortunately, Deone’s production has not been as stellar as 2015 in recent years. In 2018, Bucannon only started in 6 games, played in 13, and racked up just 38 tackles. He has become more of a rotational player. However, it is possible that a reunion with Bettcher could bring out the best in Bucannon. 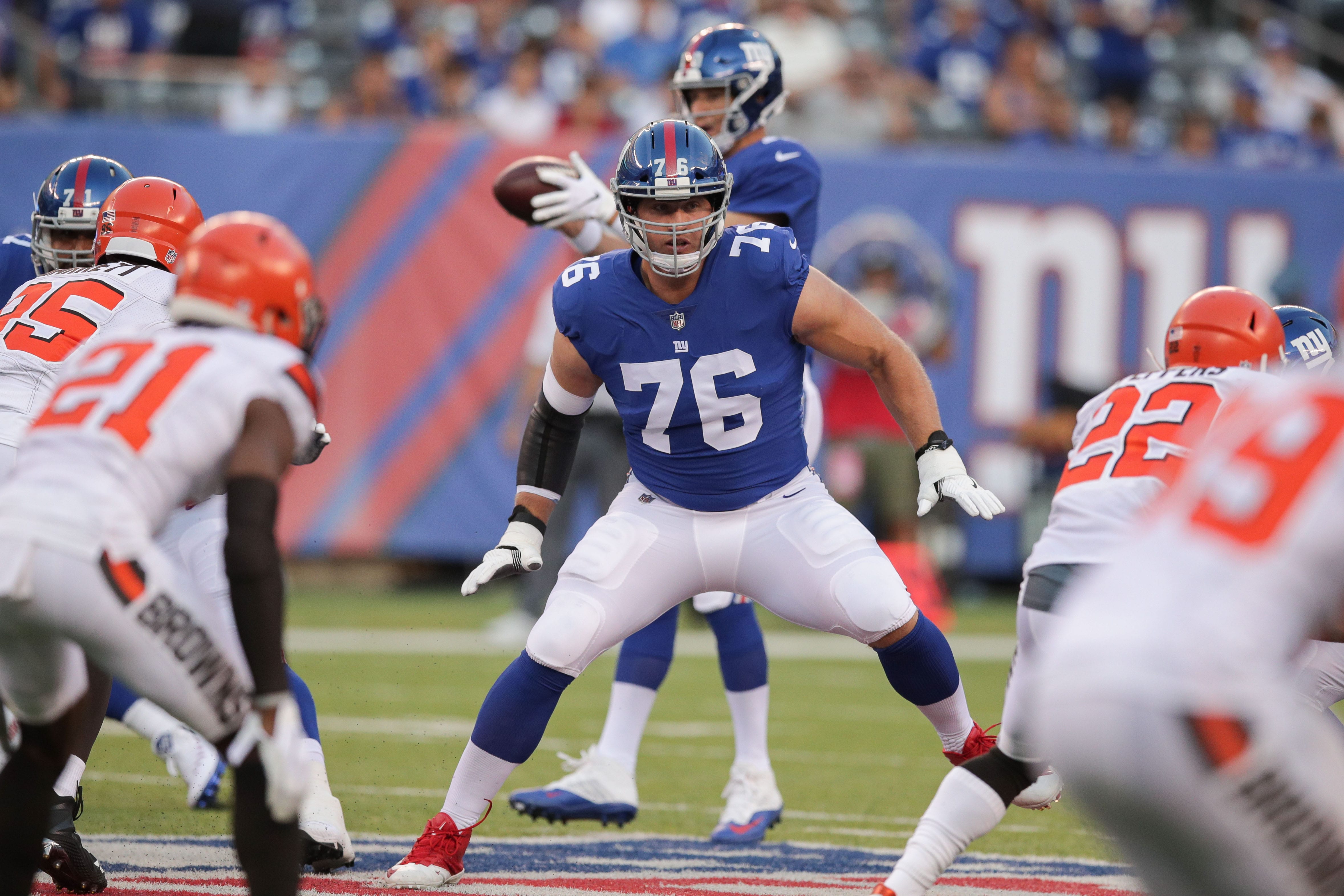 The New York Giants’ offensive line struggled all throughout the 2018 NFL season. Giants’ General Manager Dave Gettleman will certainly be grinding the film sessions to evaluate the offensive line’s performance. The line improved in the second half of the season, however, it was still inconsistent and below average. Pro Football Focus’s grading system helps add context and aid in the evaluation process.

The center position also looks set for 2019 and beyond, if the players can remain healthy. Jon Halapio was playing great football until he went down with a lower leg injury in only the second game of the season. He missed the rest of 2018, but Dave Gettleman has made it clear he intends to resign Halapio this offseason. Halapio started the season off with a 69.4 overall grade before his injury. He was playing the best out of any lineman on the Giants’ roster at the time. 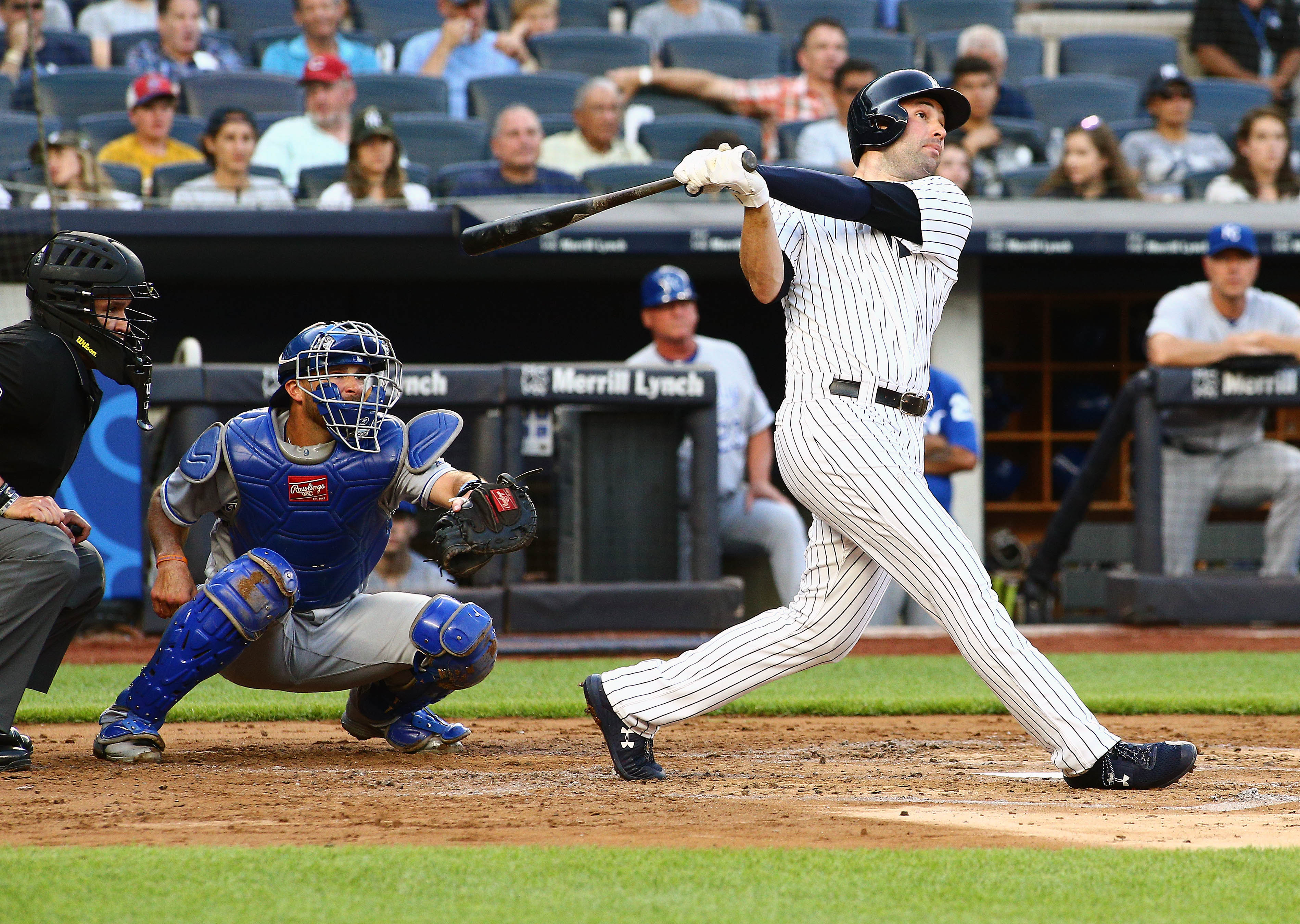