New York Yankees: How Concerned Should We Be About Luis Severino’s Injury? 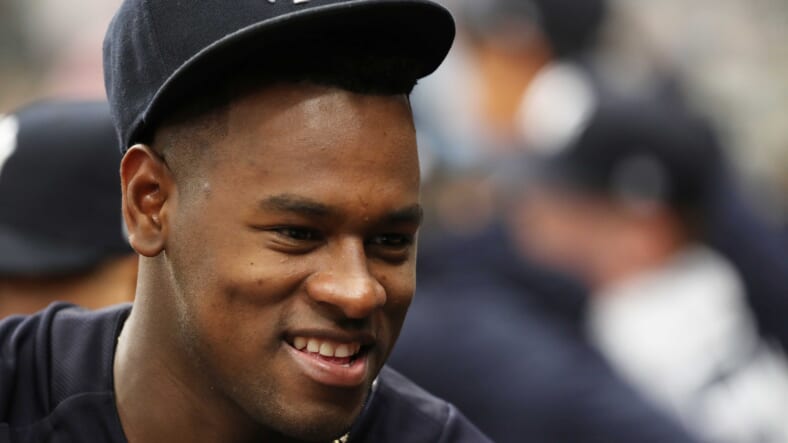 On Monday, the New York Yankees presumed ace Luis Severino was scratched from his first spring start due to what the team called “rotator cuff inflammation” and will be shut down for two weeks. Yankees skipper Aaron Boone said that it is “highly unlikely” that Severino will start the season with the team, forcing the Yankees to look for a new opening day starter. Severino was warming up in the bullpen and felt pain in his shoulder at about 1PM, 10 minutes prior to first pitch.

With Severino likely not on the 25 man roster to start the season, this leaves the fifth starting pitcher position wide open. Plus, how severe is Severino’s injury anyway? We’ll look into all of it right now.

From what we hear, the Yankees are not particularly concerned about Severino…. yet. When he had his MRI Tuesday, the results came back quite clean. With that being said, he should be cleared after two weeks if his shoulder isn’t hurting. No Tommy John surgery has been recommended, but if he continues to have pain after the two weeks, the team will grow more concerned.

The plan is to begin a throwing program after the two weeks, then get him some in-game action before camp breaks and the team heads to Washington for an exhibition. My guess is that he would spend a week or two in extended spring training before going to Trenton and/or Scranton for a few rehab stints. Remember, CC Sabathia is also a few weeks behind due to his offseason heart surgery and will also likely not be on the opening day roster.

When talking about free-agents, two names come into the minds of Yankees fans: Dallas Keuchel and Gio Gonzalez.

In 2018, Dallas Keuchel had a rather down season, his ERA at 3.74 in just over 200 innings. A lot of people thought that the Yankees might push towards him more than signing JA Happ or acquiring James Paxton. But the team didn’t and now heading towards the middle part of March and spring training, he remains a free-agent.

Gio Gonzalez had an ERA last season of 4.21, but remained effective with a 10-11 record in just over 170 innings. Gonzalez, now 33, was a former first round draft pick in 2004. He could still be a fit for any team, and his stats show those of an average fifth starter.

But which one is the better option? In my opinion, Gonzalez is. Gonzalez is older than Keuchel and is now fit to be a five starter, and will not want a whole lot of money. Keuchel was the Astros number one starter just a few years ago, but is now settling as more of a two or three starter.

If Keuchel was available after the 2019 season, the Yankees would jump right on board with him, but they have a solid rotation when healthy. Signing Keuchel would be expensive, and would force the Yankees to really rearrange their pitching staff once everyone is healthy. With Gonzalez, you can DFA or release him and not lose much of anything for your team or salary.

The Yankees have a few guys who could replace both Severino and CC in the first few weeks of the season.

Luis Cessa is the first name Yankee fans jump to. Cessa hasn’t had it that great so far in the big leagues, an ERA a bit under five and a 5-11 record. He is slowly improving, but the problem is that he’s out of options. If he starts in the MLB this season, to send him to Scranton they must DFA him and hope he clears waivers.

Domingo German struggled last year for the Yankees, making some starts for injured pitchers in the springtime. His ERA was over 5.50 and won just two games in 14 starts. But his start this spring has been promising, giving up no runs thus far in 4 2/3 innings.

Jonathan Loaisiga, or “Jonny Lasagna” also made a few starts last season, but had an ERA over five despite going 2-0. He definitely needs some more work, and got hammered on Tuesday against the Cardinals, giving up four runs in 2 1/3 innings.

It remains unknown how the Yankees will fill Severino’s hole to start the season, but either way the team goes, there are options.