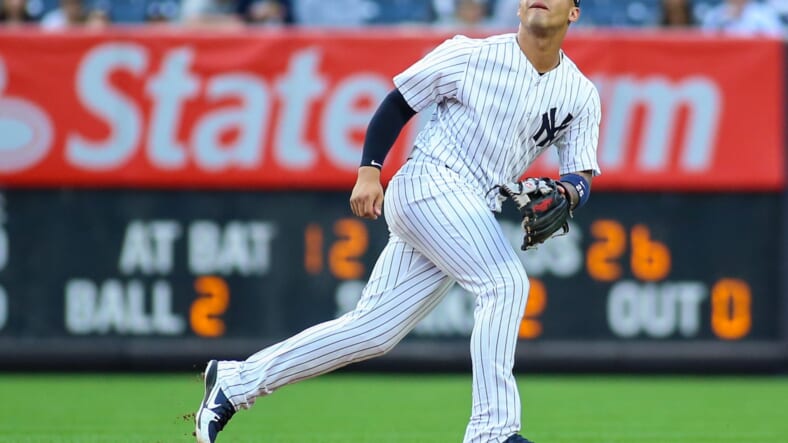 With the New York Yankees electing to reject shortstop Didi Gregorius’ qualifying offer of $17.8 million next season, they have a decision to make. Do they go out and sign a top-notch shortstop to fill the void, or follow their original game plan?

Before we dive into the nitty-gritty, let’s take a moment to remember Didi’s accomplishments, he deserves that much. Over the past few seasons, Gregorius has been a staple for the Yankees at short. Coming up with big hits time and time again, the locker-room connoisseur will undoubtedly be missed, and after having Tommy John surgery, paying him $17.8 million just wasn’t in the cards.

However, a game-tying homer in the 2017 Wild Card game, two homers against Corey Kluber in the ALDS (2017), and a grand slam in the 2019 ALDS, all highlight what he meant to the Bombers and his best clutch moments. Didi has been a fan-favorite for years, but ultimately, baseball is a business, and spending far too much on a shortstop who the Yankees see as replaceable, doesn’t make much sense.

How will the New York Yankees replace Didi Gregorius?

Gleyber Torres is your answer. This season, the Yankees were able to inject Torress into the shortstop position to give him some much-needed experience will Gregorius recovering from Tommy John. That experience will now pay off, as DJ LeMahieu can slide into his preferred second-base position while Torres takes over at short.

Torres’ natural position is short, which is why this move makes too much sense. While the youngster’s offense is impeccable, his defense at the position needs a bit of work. His 11 errors over 77 games are unacceptable, but it’s part of his progression in the infield.

This is a solid group of infielders. However, Urshela and Voit scare me. Two combined seasons of decent play doesn’t scream efficiency. If they cannot replicate their production, the Yankees will suffer a reality they did not expect. Bringing in some capable reserves should be a priority.