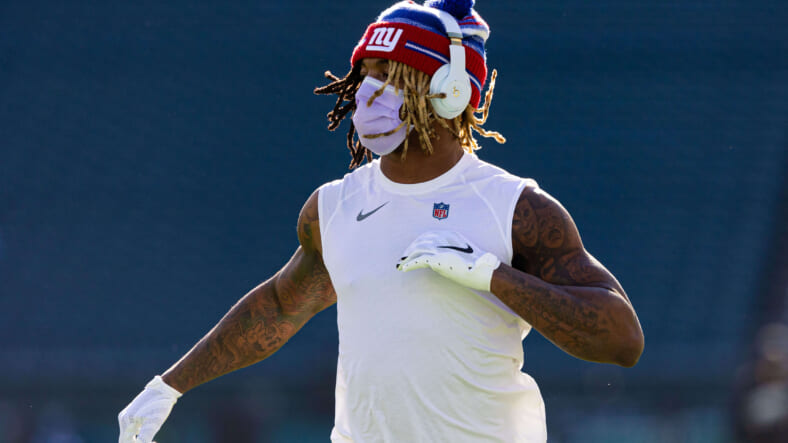 The New York Giants went with a polarizing approach toward rebooting the front office. Joe Schoen and Brian Daboll are near exact opposites compared to Dave Gettleman and Joe Judge, presenting a more player-friendly technique rather than a disciplinary and authoritative structure.

Early in the process, Giants’ safety Xavier McKinney is noticing major differences. Focusing in on the practice procedure, the aggressive defensive scheme they will implement in 2022, and the addition of a former teammate, McKinney had nothing but great things to say.

Xavier McKinney is bullish on the New York Giants so far:

McKinney broke down the differences in how Brian Daboll is approaching the players’ bodies and taking care of them via Steve Serby from the New York Post:

They’ve done a great job of taking care of us. Dabes [head coach Brian Daboll] has done a great job of communicating with us. There were some days where he would come talk to me and be like: “How’s the defense feeling? Guys tired?” … There’s some things where it was like, “We’re sore.” He would make sure that he chopped some stuff down that we weren’t putting so much on our bodies. That really sunk in with us because it told us that he actually cared about how we felt.

Injuries have been a significant issue for the Giants the past few years, notably on the offensive side. Daboll has done a tremendous job mitigating and aggravating injury, making sure to communicate properly with his players. That is a major shift compared to the past two regimes, which overworked the players.

The hiring of Wink Martindale, former Baltimore Ravens defensive coordinator, should present an entirely different system. Martindale is known for his aggressive style, utilizing linebackers and safeties as blitzers rather than keeping them at their specific spots.

Former DC Patrick Graham was extremely versatile in the way he calls defensive plays, but he had a bend-don’t-break approach. Martindale is all-out aggression, which should be exciting to watch this upcoming season.

The Giants’ top safety details the aggressive defense they will play in 2022:

The Giants had a tall task of rebuilding the offensive line this off-season. Schoen and Daboll lucked out and landed Evan Neal with the 7th overall pick. Neal is a mammoth of a human being, standing at 6’7″ and 337 pounds.

Neal is a Day 1 starter at right tackle, presenting a massive upgrade over Nate Solder. At the very least, he will be a dominant run blocker for years to come but has some growing to do.

McKinney on Evan Neal, his former teammate from Alabama:

You would never question how hard this dude plays. He’s the definition of like a dog. He can literally destroy you. He’s one of those guys that If you’re going to war, you want to bring him with you.

The early returns in hiring Schoen and Daboll seem to be lucrative, but nothing matters unless they can put wins together. The Giants have a long way to go in the first year of a rebuild, but the arrow is pointed in the right direction.