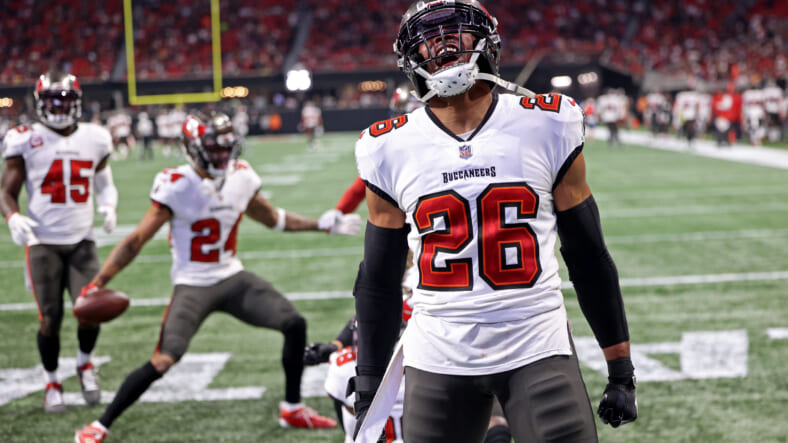 New York Giants general manager Joe Schoen has been active in the free agent market for veterans as of late. One player Schoen ended up signing just yesterday was a familiar face in former Giants safety Andrew Adams.

Adams joined the Giants back in 2016 as an undrafted free agent. As an undrafted rookie, Adams started 13 games and played 747 snaps. Since being let go by the Giants shortly before the start of the 2018 season, Adams has bounced around playing with the Tampa Bay Buccaneers, Detroit Lions, and Philadelphia Eagles. Adams was a part of the Buccaneers’ Super Bowl-winning season in 2020.

Adams last season playing a significant amount of snaps defensively was 2019 when he played 616 in 11 starts. He did play 214 snaps defensively in 2021. Adams recorded one interception, and four passes defended in coverage. He recorded 24 tackles, one tackle for loss, and one quarterback hit.

What Adams provides to the Giants at this point is veteran safety depth and a likely role on special teams. Since his role defensively decreased after 2019, Adams played 297 special teams snaps in 2020 and 244 last year. Those were the second and third most amount throughout his six-year career. Both were also over 60% of the Buccaneers’ special teams snaps.

With three young safeties in Xavier McKinney, Julian Love, and Dane Belton, adding an older presence with some more experience in Adams to replace what was lost in Logan Ryan and Jabrill Peppers makes sense. Adams now enters year seven of his NFL career at 29 and will turn 30 years old in late October.

If needed, Adams has the playing experience from the past to go in and contribute at safety. Ultimately though, the seven-year veteran will provide Don Martindale with proven depth behind McKinney, Love, and Belton.