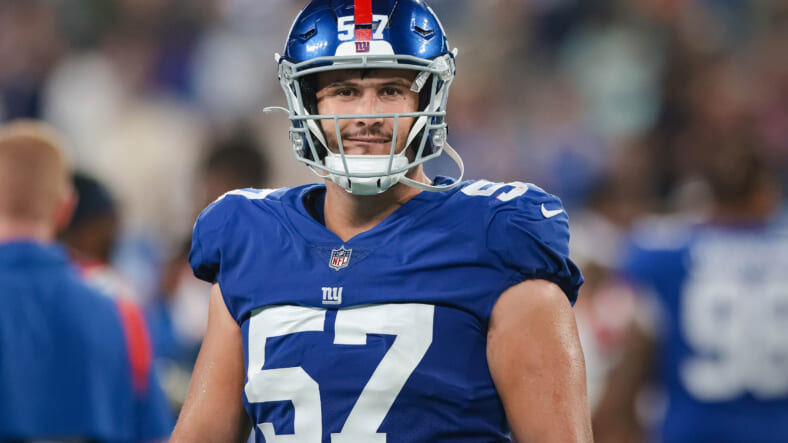 Earlier this week, offensive lineman Matt Gono, projected to be the team’s swing tackle, left with an undisclosed injury. It is believed that Gono could miss the rest of the season if not end his career prematurely due to a neck injury.

In his place, Holden will take over, having played just 27 games with nine starts as a part of the Arizona Cardinals, Baltimore Ravens, Indianapolis Colts, and Detroit Lions.

What is Will Holden bringing to the New York Giants?

Last season with Detroit, Holden made one start but played in 14 games. He totaled 169 offensive snaps, giving up a sack and 10 pressures in 95 pass blocking snaps. He has experience playing left tackle, left guard, and right tackle. While he undoubtedly offers far less than Gono as a serviceable swing, the Giants had to make a shift on short notice.

Ultimately, Holden could end up being a camp casualty at the end of the day, given he’s already a few weeks behind and needs to learn the offensive system. The more likely scenario is the Giants keep one of their international players around, notably Roy Mbaeteka.