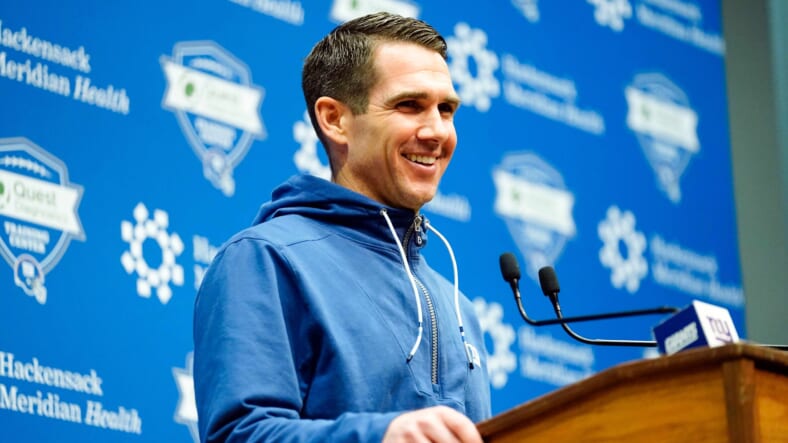 Training camp is terrifying for coaches and general managers given the prospect of injury. The New York Giants have lost several players during camp the last few seasons, notably Xavier McKinney and Kadarius Toney last off-season.

However, new GM Joe Schoen will be monitoring things closely to try and keep his players healthy ahead of the 2022 regular season. All it takes is one wrong turn or step and things can go wildly wrong.

Having a full and healthy roster is necessary for competition, but Schoen will be watching the attrition of his roster diligently under a microscope.

“As roster attrition sets in, that’s stressful, because there’s 90 guys on 32 rosters, there’s only so many players out there at each position that can still function in a camp,” Schoen said, via the NY Post. “It’s always very stressful for me.

“You’re watching the football but you also want to make sure you have enough bodies that you can practice and you want enough competition where guys have to put their best foot forward. It’s a delicate balance between guys getting enough work in and being ready to play and contact and also keeping everybody healthy. We’ve got a really good sports science department, medical department, they’ve been working closely with Daboll on the practice schedules. I think we got a good plan in place.”

The Giants made as many moves as they could with the available assets:

This off-season, the Giants made a number of moves to help bolster the roster. They rebooted the offensive line with four new players and several draft selections. They signed Mark Glowinski, Jon Feliciano, Max Garcia and drafted Josh Ezeudu and Evan Neal.

Despite the team’s advancements on paper, Schoen would like to have a bit more cash to spend, taking an indirect shot at former GM Dave Gettleman.

“Could we have done better? Yeah, if we had $40 million in cap space, yeah,” Schoen said. “With what we had, I think we executed a plan.We were able to upgrade the roster with the resources we had.”

Schoen needed to clean up the salary cap significantly to put the team in place of health moving forward. They started the off-season with -$8 million in funds and currently have $6 million after restructuring the contracts of Blake Martinez and Sterling Shepard. They also had to make a few difficult decisions, cutting James Bradberry and Logan Ryan.

Big Blue has a young team now looking to develop their fundamentals and chemistry in two brand-new systems. They have a few holdover players that are expected to lead in veteran roles, but don’t get things twisted, this is a true rebuild, and quarterback Daniel Jones is on a short leash.