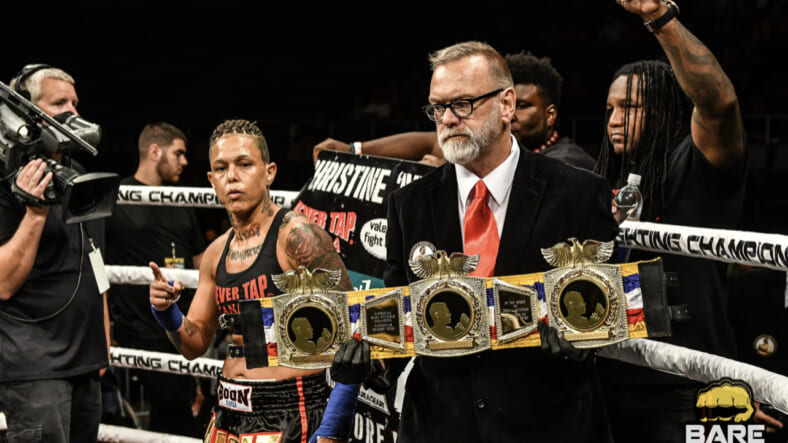 “She’ll face an undefeated professional boxer. We’re gonna announce that [Thursday]. She has a good test in front of her,” Feldman told Empire Sports Media ahead of the BKFC 19 this Friday.

“[Christine] is certainly in the mix for that 125 lb belt. She’s been here for a long time. She has always fought very well and dominated a lot of her opponents.”

Ferea hadn’t fought since September 11 last year, when she won over Callie Cutler via TKO in the second round. Ferea has a 3-1 record in the BKFC, with her only loss coming at the hands of former women’s champion Helen Peralta.

Feldman said that a BKFC women’s championship is in the works down the line. If Ferea makes a successful comeback, she will be a strong contender to take the belt.

“We have a lot of different girls that could really compete in that little tournament for a championship. We’re gonna go over that next week. We want to see the results first of the Paige VanZant-Rachael Ostovich and the Britain Hart-Jenny Paige fights,” Feldman said.

Ferea beat Hart in BKFC in 2019, while she defeated Ostovich at Invicta back in 2017.

Meanwhile, VanZant hopes for a knockout win against Ostovich Friday to redeem herself from a disappointing BKFC debut loss to Hart. A VanZant and Hart win at BKFC 19 will make the women’s division more interesting, with Ferea returning to the picture. A Ferea-Hart or Ferea-Ostovich rematch is also an intriguing possibility.