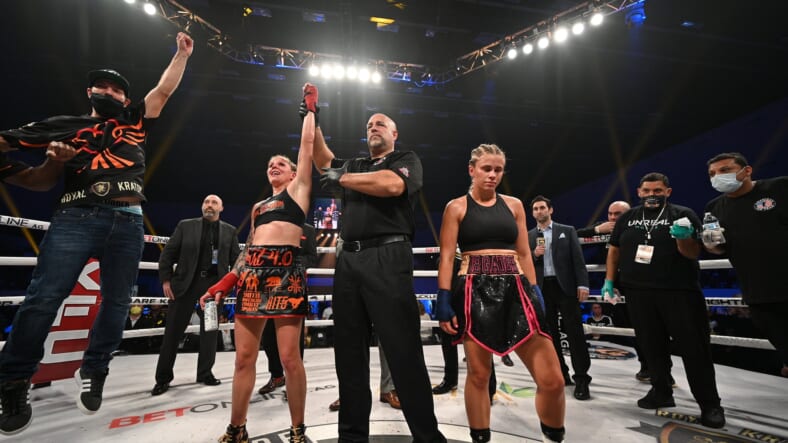 A BKFC referee raises Britain Hart's hand after unanimous decision win over Paige VanZant in the main even of KnuckleMania. BKFC Photo