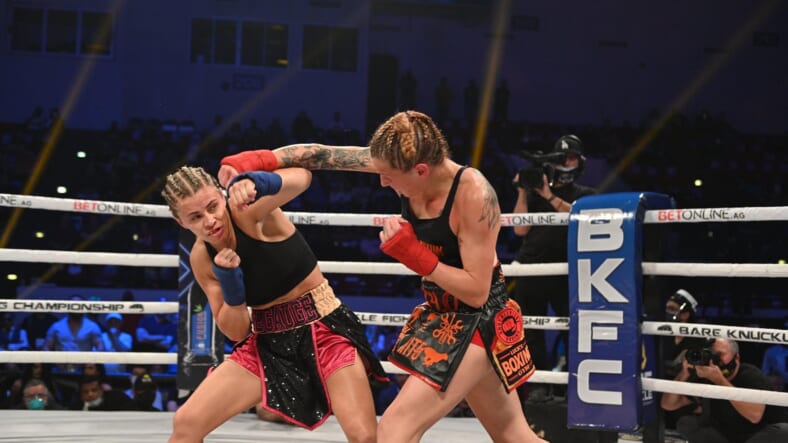 With the addition of a world-renowned boxing trainer to her camp, Paige VanZant goes for a knockout in her second fight in the Bare Knuckle Fighting Championship.

VanZant is out to prove that her debut loss to Britain Hart was just a fluke when she fights Rachael Ostovich on Friday at the main event of the BKFC 19 at the Florida State Fairground in Tampa.

Vanzant has enlisted the services of Pedro Diaz, who has trained seven world boxing champions, including Miguel Cotto and Guillermo Rigondeaux. She’s splitting time with Diaz and at the American Top Team.

“I had an amazing training camp in Miami, Florida. Pedro Diaz will be in my corner. It’s been a great experience, and I’m really confident going into this one,” VanZant told Empire Sports Media on Wednesday.

VanZant is familiar with her second BKFC opponent. She has previously beaten Ostovich in the UFC two years ago via submission. While she has the mental edge and the BKFC experience, VanZant isn’t leaving anything to chance.

“Of course, I’m going to go for a knockout. But the most important thing is really for me to fight smart. That’s gonna get me the win,” VanZant said.

VanZant is coming to this fight with the momentum of her solid showing in the final two rounds against Hart, where she started to look comfortable with the new combat sport.

“I think it was just getting the experience of knowing what to expect, knowing how the fight is going to feel. There were a lot of changes coming from MMA, especially in terms of the style of fighting,” Vanzant said. “Hopefully, you’ll see a better boxer. That’s the plan.”

BKFC President David Feldman expects an explosive fight between the two women who are out to prove that this sport is for them.Â

“People say it’s a rematch but it’s not really a rematch since it’s a different sport,” Feldman told Empire Sports Media. There’s a lot of storylines in this fight. And a lot of curiosity here.”

The VanZant-Ostrovich fight headlines a stacked BKFC 19 card that also includes Hart vs. Jenny Savage grudge match and the heavyweight fight between former BKFC heavyweight champion Arnold Adams (4-1) and the undefeated Michael Terrill (4-0), where the winner could have a shot at reigning champion Joey Beltran.