Armed with a pick-heavy package, the Grizzlies are targeting Durant to elevate their 56-win team past the second round of the playoffs. 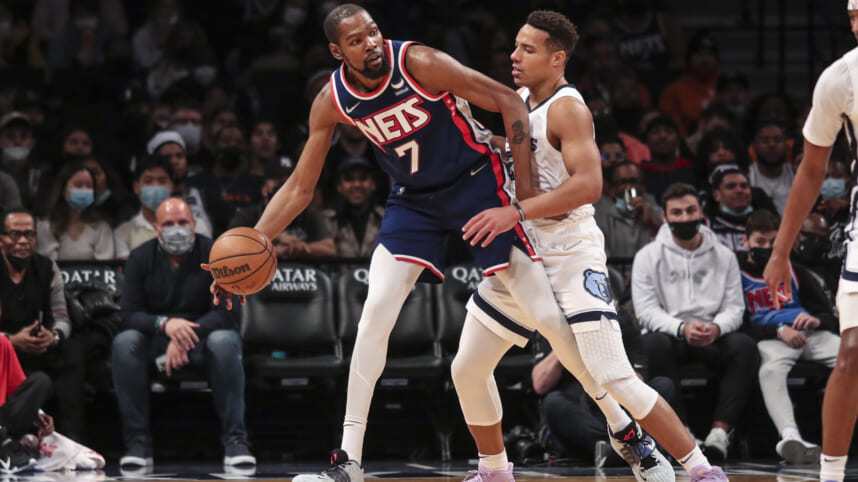 Armed with a pick-heavy package, the Grizzlies are targeting Durant to elevate their 56-win team past the second round of the playoffs.

Ja Morant, fresh from inking a five-year max extension, a franchise-record, that could reach up to $213 million, appeared to have been pushing the Grizzlies to trade for Durant. He tweeted Durant’s nickname — “easy money” — after news broke out that the Nets’ disgruntled superstar requested a trade out of Brooklyn on June 30.

But while the Grizzlies have made new inquiries, their pick-heavy offer seems far from the ideal package the Nets have desired in any potential Durant trade.

The Grizzlies, so far, do not appear inclined to include Jackson or Bane in a potential offer for Durant, sources said, but rather a package built around their bevy of draft picks.

The Grizzlies have five first-round draft picks, including four unprotected selections of their own, at their disposal. Other than that, they still fall short in supplying the Nets with an All-Star type of player and high-level starter.

Outside Morant, Bane and Jackson, Jr., Memphis can offer Ziaire Williams, Brandon Clarke, Kenedy Chandler and David Roddy but none of them project to be an impact player right away.

The Nets made their intentions clear to Durant’s suitors that they do not intend to go into rebuilding.

The Grizzlies have joined a long list of teams eyeing Durant after the two-time NBA champion delivered an ultimatum to Nets’ governor Joe Tsai in London two weeks ago.

Tsai hasn’t been budged and instead threw his support to his GM Sean Marks and coach Steve Nash.

Boston reportedly remains the frontrunner if Brad Stevens steps up his Jaylen Brown offer. The Nets initially asked for both Brown and Jayson Tatum but have since countered the Celtics’ latest offer by seeking Marcus Smart and additional picks. Boston expectedly shot it down.

Phoenix, Miami, Toronto, Philadelphia and New Orleans have reportedly shown interest, but there remain to be significant hurdles in their bid.

Phoenix cannot include DeAndre Ayton in any trade until January. Miami cannot trade Bam Adebayo straight to Brooklyn as long as Ben Simmons is still there. Toronto is unwilling to include Rookie of the Year Scottie Barnes. Philadelphia is still awaiting the result of the tampering investigation surrounding the signing of PJ Tucker, Danuel House and James Harden’s discounted extension. New Orleans views Brandon Ingram as untouchable.

The Nets have also reportedly rejected Atlanta’s offer of John Collins, De’Andre Hunter and a draft pick for Durant.

With Durant’s options dwindling, the Nets are hoping to convince him to run it back with Kyrie Irving and a healthy duo of Ben Simmons and Joe Harris.

With a few more weeks from the start of the training camp, Durant’s situation still looms large over Brooklyn and the entire NBA.