What’s the latest with the New York Yankees and DJ LeMahieu? 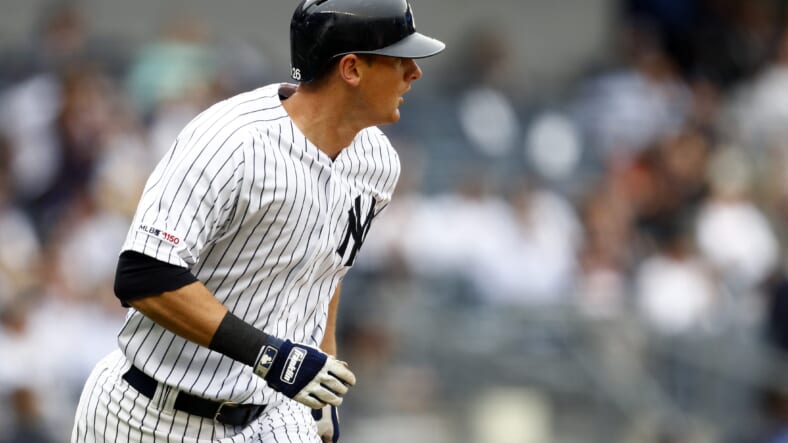 A couple of weeks ago, I reported that the New York Yankees and DJ LeMahieu were making progress on a potential deal. Since then, we have continued to hear from a variety of outlets that talks have gone well between the two sides.

However, there’s still work to do on a potential deal. Two weeks after my initial report and there’s still no deal between the Yankees and DJ LeMahieu. So what exactly is holding things up at this point?

I think it’s pretty well known by virtually everyone that LeMahieu is the top priority for the Yankees. They aren’t even really looking into additional moves at the moment. They are laser focused on bringing LeMahieu back.

The Yankees have a limit on where they will go for DJ LeMahieu and that is where this whole thing is being held up. I was told a couple of weeks ago that a deal was heading in the right direction and it would be four years with a potential option on a fifth year.

We are now hearing that the fifth year is the holdup in this entire thing. Dan Federico also reported yesterday that LeMahieu was seeking a 5-6 year deal around $20+ million AAV.

The Yankees are sitting at four years and my understanding is they are only wanting to do a fifth year if it’s optional. LeMahieu and his camp are good with the first four years of the Yankee offer. However, that guaranteed fifth years is why it hasn’t crossed the finish line just yet.

Will the Yankees budge?

What fans should know is that the Yankees and LeMahieu want to renew the relationship. LeMahieu wants to return and the Yankees want their MVP candidate back for the next few seasons. However, business is still business at the end of the day.

There are plenty of additional suitors for LeMahieu including the Blue Jays and the Mets. From my understanding, those teams are far more willing to go to that fifth year than the Yankees are at this point.

From everything I have personally heard and everything that has been reported, I truly believe the deal would be done if the Yankees would guarantee a fifth year. However, they continue to stand firm in their current offer.

I expect the LeMahieu deal to be finished before Christmas this year. The deal could happen as early as this week. However, it should still be known that the Yankees aren’t guaranteed to bring back DJ LeMahieu.

If they go to a fifth year right now, I believe the deal would get made today. However, if the Yankees wait too long or if LeMahieu doesn’t budge, the odds go up that another team could swoop in with an offer that’s too good to pass up. Something like a six year $135 million deal.

This is a situation we will continue to watch. It’s far from a done deal, however, I still believe that LeMahieu will be back with the Yankees. The two sides want to be together, but again, business has to be taken care of first.