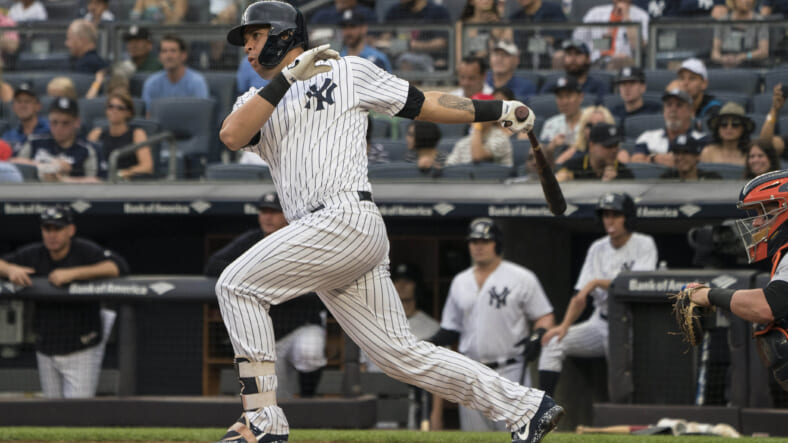 The New York Yankees came out swinging on a sunny Sunday in the DMV, hitting seven home runs to beat the Orioles 15-3.

Gary Sanchez led the New York Yankees by smacking three home runs, while just missing a fourth in the final inning. Two of his long balls came off a fastball, one first pitch, and the third was off a slider.

Clint Frazier built off of Saturday’s game by going 4-for-5 with two home runs and an RBI single. Gleyber Torres went 2-for-5 with a home run, and Austin Romine mashed a home run in the ninth.

New Yankee Giovanny Urshela added an RBI while going 2-for-3 as well as playing a good third base.

The Yankees accumulated 15 hits while drawing nine walks during the game, with Gardner drawing three. Aaron Judge went 0-for-4, but didn’t strikeout at all.

Luke Voit went 1-for-5, and despite him having a .182 average, he has reached safely in all but two games thus far.

Domingo German was dominant on Sunday in possibly his best start yet. He pitched 6+ innings, allowing two hits and two runs. German actually had a no-hitter going through 5 1/3 innings. In the seventh inning, he gave up a hit and a walk before he was pulled.

Once pulled, Steven Tarpley came in and allowed both runs to score, as well as one of his own runs as he struggled to make it through the seventh.

Luis Cessa came in for the eighth and ninth, giving up just one hit. Cessa is looking better and better each time out, and we are finally starting to see why Brian Cashman thinks so highly of him.

Speaking of Brian Cashman, the Yankees won their 2,000th game with Cashman as the GM. What an accomplishment for one of the best general managers in all of sports.

The Yankees now travel down to Houston to take on the Astros in a three game series. Masahiro Tanaka gets the ball for the Yankees against Houston ace Justin Verlander. First pitch is set at 7:00PM (ET) on ESPN, Watch ESPN, YES Network, and FOX Sports Go.