With the Yankees still considered one of the favorites to win the championship, there are still a lot of position battles yet to be settled. 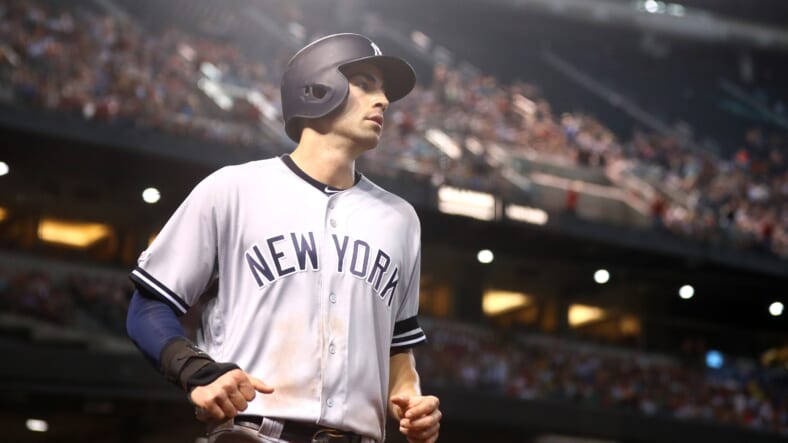 With James Paxton out until May/June, and Happ sliding in for Domingo German until his suspension is over, there’s an opening in the rotation for the next couple of months. Jordan Montgomery is the odds on favorite, but Luis Cessa and Johnathan Loaisiga have a distinct edge. That edge being… they aren’t coming back from Tommy John Surgery. Devi Garcia is also coming to camp for the first time and can make a legitimate claim for the spot, leapfrogging over the three veterans.

Rightfully, third base is Gio Urshela’s to lose. However, Miguel Andujar, who will be tried out at several other positions, will have a chance to take it back. His rehab for his labrum tear began in earnest in September and has more on his side than Urshela. Urshela has to prove that his subpar defensive statistics for 2019 were an anomaly and that his offensive output can be maintained throughout the 2020 campaign.

Until Aaron Hicks can come back from Tommy John surgery, the likely outfield configuration will be Aaron Judge, Brett Gardner, and Giancarlo Stanton. Countless Yankee fans want to see Clint Frazier given his opportunity, that his bat is worth the chance in the outfield. But if he can’t improve his defensive capabilities, why would the Yankees need him? Urshela and Andujar will see some time in the outfield, Tyler Wade can play outfield in a pinch, and you’ll have Stanton, Andujar, Voit, and Sanchez all seeing regular time in the DH slot. Where does Frazier fit in if his defense is just as sloppy as it was in 2019?

The Yankees have been STOCKPILING on backup catchers in the past few months. This is after Brian Cashman admitted that he’d be comfortable with Kyle Higashioka as the backup after Austin Romine left for the Detroit Tigers. You just signed 3 veteran catchers, all of whom could easily be backups for Gary Sanchez. If they REALLY were feeling comfortable with Higashioka at the backup role, you wouldn’t go out of your way to sign three catchers. I am seriously beginning to question if Higashioka will make it out of Tampa.

These are just some of the position battles to keep an eye on as Spring Training progresses. New York Yankeesâ€™ Masahiro Tanaka feels Astros cheated them out of World Series