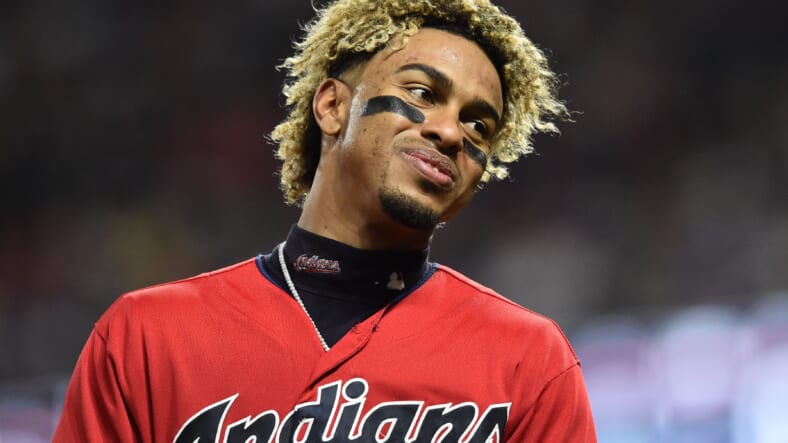 This week it was reported that Indians All-Star shortstop, Francisco Lindor, would likely be dealt this offseason. The New York Yankees have reportedly put Lindor at the top of their offseason wishlist per Dan Federico.Â

This shouldn’t come as a surprise to anyone. The New York Yankees have a long-term need at shortstop. Of course, fans could say that Gleyber Torres is their shortstop, however, I think last season taught us that Torres isn’t a solution there long-term.

Lindor is one of baseball’s true superstars. Lindor is just getting ready to turn 27 years old. He’s one of the best defensive shortstops in the game, he’s a switch hitter, and he’s got power from both sides. Not too mention he hits for average.

Lindor has one year left before he hits free agency. One would have to imagine that if the Yankees could pull off a trade for the superstar, they would likely immediately work on an extension. Just like the Dodgers did with Mookie Betts last year.

What should the Yankees do?

If the Yankees were to pull off a deal for Lindor, it would likely mean the end of the Yankees tenure for DJ LeMahieu. The Machine has been the backbone of the Yankees for the last couple of years and for the second straight year, he will finish near the top of the MVP race.

LeMahieu can play all around the infield at a gold glove level. However, it’s been his consistency at the plate that has been where he’s really shined. LeMahieu is a free agent, and the Yankees have been having dialogue around an extension.

However, it’s worth noting that LeMahieu is going to be turning 33 years old during the year next year. That might give the Yankees some pause in offering him a big contract. We’ve seen the Yankees baulk at signing guys in their 30s despite their superstar team status (Robinson Cano).

Federico reported that the Yankees won’t overextend to get Lindor despite him being at the top of their wishlist. However, should they reconsider that position? Lindor is truly one of the best players in baseball and he’s going to be for a very long time.

Imagine building the Yankees future around an infield that includes Gleyber Torres at second and Francisco Lindor at shortstop. I understand I’m in the minority, but if I could pick between LeMahieu or Lindor, I’m going with Lindor. I mean just think you’d have Lindor for nearly six years before he reaches LeMahieu’s age.

Realistically, I don’t believe that the Yankees will do what it takes to pull off the Lindor deal. I think the bombers are going to end up brining back LeMahieu and that’s a great thing. I just think they should strongly consider what Lindor could mean for the Yankees over the next ten years.