Could the New York Yankees reunite with David Robertson? 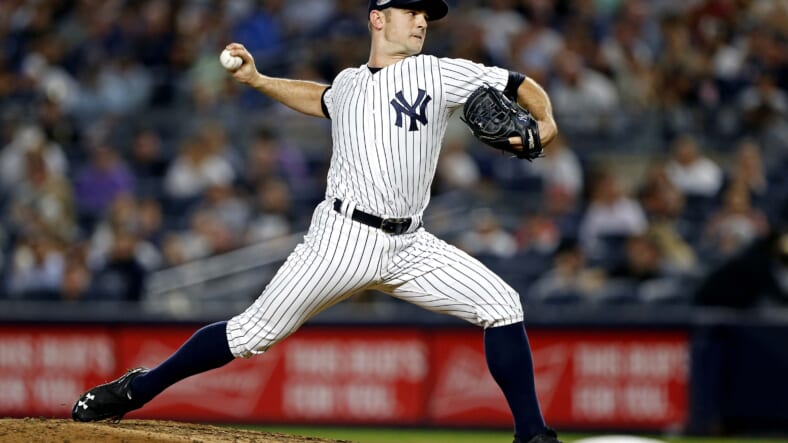 After an extremely slow start to the offseason, the New York Yankees have been moving over the past couple of weeks. They resigned DJ LeMahieu, they signed Corey Kluber, and then they traded for Jameson Taillon.Â

While they’ve been conservative, fans have to be happy that the Yankees are actually making moves. After they signed Kluber, I was told that the focus for the Yankees would remain upgrading the pitching.

They were looking at another starter and the relievers that were available. I reported that they had made contact with reliever Trevor Rosenthal. As of yesterday, I was told that the Yankees still have interest in bringing in Rosenthal depending on the deal.

In the past couple of days, we’ve seen rampant rumors surrounding the Yankees desire to bring back Brett Gardner. I was told they are talking a one year deal likely in the four or five million range. I completely detest this potential move, but I’m not running the team so I digress.

The Yankees dealt Adam Ottavino to the Red Sox to free up some cash. With the extra money, it appears that Gardner will be the next move for the bombers instead of a reliever. My understanding is that they will likely work out a deal for Gardner then figure out where to go in terms of relievers based on what money is left.

I’m personally hoping it’s the other way around. I’d love to see the Yankees sign a reliever then give Gardner whatever is left with an offer of take it or leave it. However, I’m not too optimistic about that.

Familiar face back with the Yankees?

Depending on how talks go with Gardner, the Yankees have some cheaper options out there on the reliever market. We’ve already seen them bring back Adam Warren this offseason on a minor league deal.

However, there’s another familiar face they could take a flyer on. That pitcher is former closer, David Robertson. Robertson is coming off Tommy John surgery and he’s planning on doing a pitching showcase in February.Â

Robertson might be a guy the Yankees can get on the cheap end given his recent injuries. A David Robertson reunion will ultimately come down to Brian Cashman’s priorities. If Cashman is set on overpaying a little to bring Gardner back, a cheap reliever is likely in the cards.

However, if Cashman prioritizes getting another top bullpen arm before Gardner, then Robertson is less likely. We should know more soon, but the Yankees will likely attend the showcase if they haven’t secured another reliever by then. Definitely a situation to watch.