Are the New York Yankees in on Trevor Rosenthal? 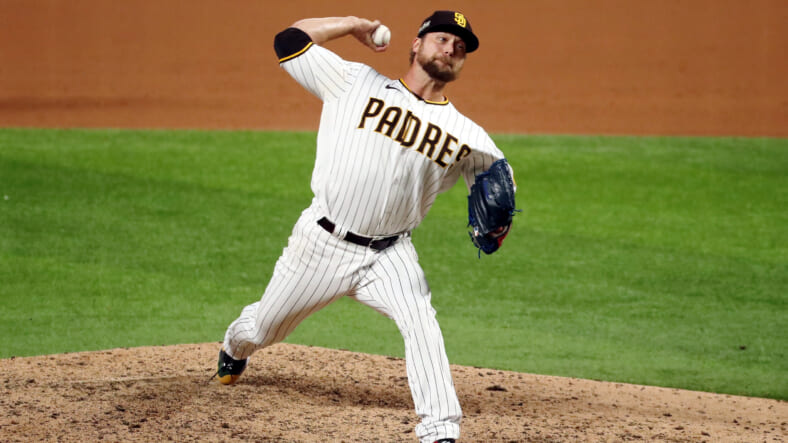 The offseason was going incredibly slow for the New York Yankees. Fans were getting extremely restless and it just felt like the bombers were never going to get anything done. All of that changed last week starting with the resigning of DJ LeMahieu.Â

After months of back and forth, the Yankees finally got the deal done. However, they didn’t stop there. Once that deal was done, they turned their attention to the starting rotation. It didn’t take them very long to secure another arm for the rotation.

The same day as the LeMahieu agreement, the bombers came to terms with former two-time Cy Young award winner, Corey Kluber. Kluber and the Yankees agreed to a one year deal that will pay him $11 million for the 2021 season.

With LeMahieu and Kluber secured, I was told the focus would remain on pitching. Of course, over the weekend, we saw Luis Castillo rumors running wild. While there have been talks there, there is certainly nothing close or even momentum towards that happening.

Per my understanding, the Yankees are active on a number of fronts. They are definitely working on some trades especially considering they have to free up space on the roster for LeMahieu and Kluber.

They are looking into arms via the trade market, however, they are still looking at the available free agent relievers that are on the market. One of those relievers is someone who they are familiar with. That pitcher is Trevor Rosenthal.

Over the weekend I was told that the Yankees had made contact with Rosenthal last week. Now, I was not told if those were serious talks or if the bombers were simply doing their due diligence with what’s available on the market.

DJ LeMahieu controlled everything for the Yankees. He was the big domino and now Cashman is exploring every possible option he has to improve the club. By all indications, Trevor Rosenthal is someone they are interested in.

It’s been no secret that the Yankees are looking for another bullpen arm. They like Rosenthal and even took a flyer on him in 2019 by signing him to a minor league deal. Rosenthal was sensational in 2020 and would be a good fit in the bullpen.

It’s worth noting that Cashman is looking into everything. At this time, I just know that there’s been contact, but I’m not sure how serious it is. Last night, Rosenthal tweeted out a gif of Batman in Gotham. Perhaps it’s a sign or maybe just a coincidence.

What I do know is that the Yankees are looking for more pitching help. I would expect to see a move sooner than later with the bombers improving upon either their rotation or their bullpen.