What would the New York Yankees have to give up for star pitcher Luis Castillo? 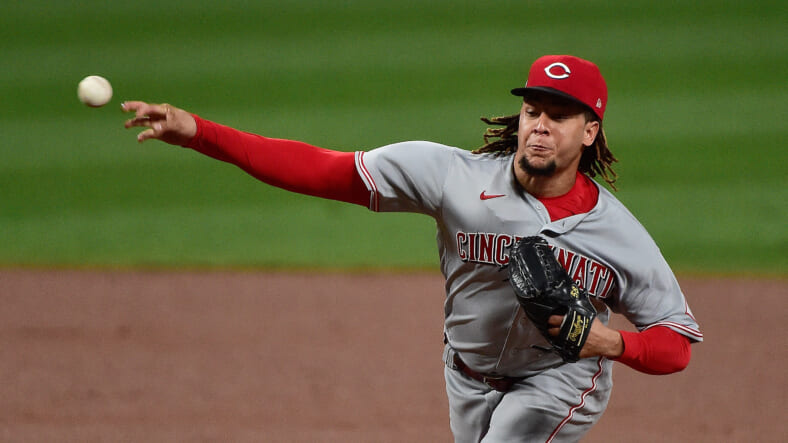 The New York Yankees stayed utterly silent until this past Friday when general manager Brian Cashman emerged from his cave like a hibernating bear. He was seeking fresh food and ended up with a massive haul following his silence. He walked away with star infielder DJ LeMahieu on a six-year, $90 million deal, and former Cy Young pitcher Corey Kluber on a one year, $11 million deal. Cashman went above and beyond with his available finances this year, and he still has a bit of wiggle room to capitalize on.

While LeMahieu is a proven commodity who has proved himself in pinstripes over the past two years, the Yankees are thin in the starting pitching rotation. Kluber represents one of the best pitchers in the MLB, but two years ago in 2018. Heâ€™s only pitched 36.2 innings since suffering a broken right forearm in 2019. A bevy of different injuries have taken their toll, and during a workout, on Wednesday he reached 90 mph with his fastball. His career average is 92, so the difference isnâ€™t too significant, and he should be able to work his way back up over the course of the next few months.

Nonetheless, having a more established starter in the rotation would be beneficial, which leads us to Cincinnati Reds star Luis Castillo.

While Blake Snell and Yu Darvish were plucked up by the San Diego Padres, the Yankees stayed in the back-burner, waiting for their opportunity to pounce. Castillo is 28 years old and the Reds are looking to deal. Heâ€™s a free agent in 2024 and arbitration-eligible in 2022, which would give the Yankees multiple years to utilize his services.

The question is, how much would it take to acquire him. Here is a potential deal they could consider.

The New York Yankees would solve their pitching problems:

This would be a major, blockbuster trade for the Yankees, and it wouldnâ€™t come cheap by any means. Giving up Andujar and Frazier would mean parting ways with two starting level players, something the Yankees probably donâ€™t want to do.

However, Castillo is that good, posting a 3.21 ERA in 2020 and 11.44 strikeouts per nine. He has the ability to be a bonafide ace, and with the depth in the starting rotation currently, he can slide in right behind Gerrit Cole with Kluber in the third spot.

This was shore up the rotation for years to come, and the Yankees can afford to part ways with Andujar and Frazier if they feel comfortable relying on Mike Tauchman and signing Brett Gardner to another one year contract.

In addition, I included Reds prospect Rece Hinds in the deal, as a potential third base option down the line. Heâ€™s a 6-foot-4, 250-pound infielder, providing some great size.

Let me know in the comments if you think this is a reasonable trade for the Yankees, who could acquire a fantastic starting pitcher in Castillo with four years of control.