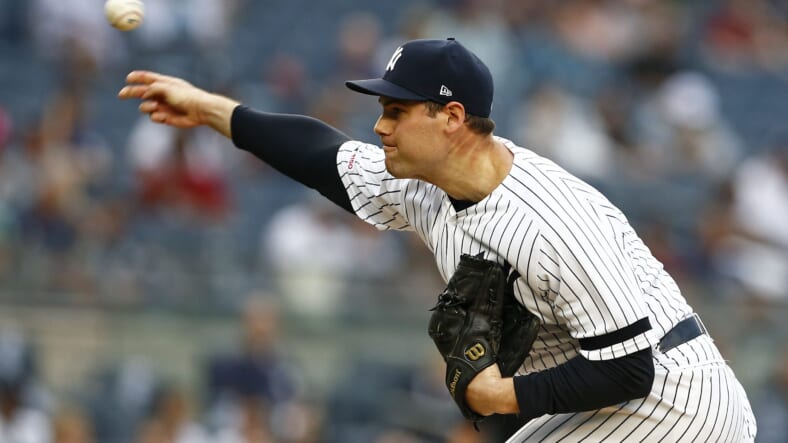 In a surprising turn of events, the New York Yankees traded reliever Adam Ottavino to the Boston Red Sox. The Athletic’s Lindsey Adler was the first to report that a transaction was in place.

Ottavino has one year left in the three-year pact he signed with the New York Yankees before the 2019 season.

It was the first trade between the Red Sox and Yankees since the teams swapped Stephen Drew and Kelly Johnson back in 2014.

The Yankees attached a prospect (pitcher Frank German) to get Boston to pay most of his salary in the 2021 season, thus giving the Bombers more flexibility as they look to improve the bullpen and add a left-handed bat before spring training begins.

As Joel Sherman of the New York Post pointed out, Ottavino is due $8M this year and counts $9M for luxury tax purposes. “Getting out of most of it gives the Yankees more maneuverability to try to go for more SP, another RP, LH bat or SS depth. Gave up prospect to get out of most of the $ and create flexibility,” he wrote via Twitter.

Ottavino’s stay with the Yankees was short