Windhorst: Knicks not a surefire playoff team but not an easy team to beat 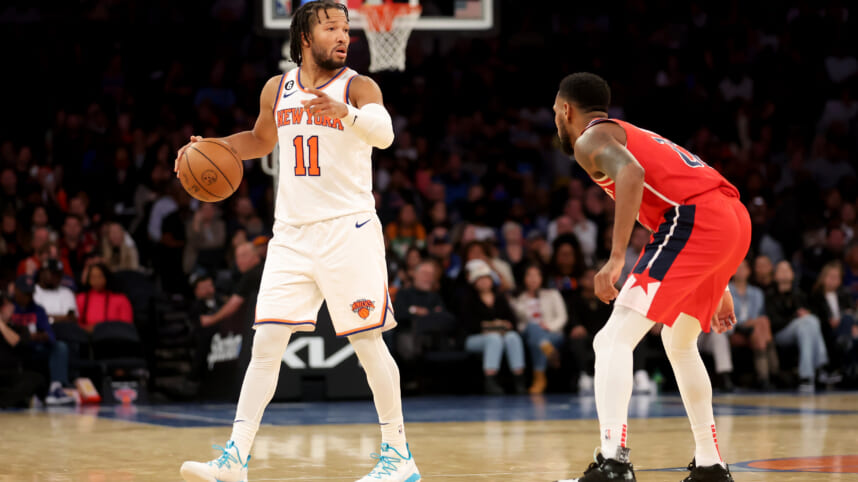 Brian Windhorst became the latest ESPN media personality to think that the New York Knicks are heading in the right direction.

Even after missing out on three-time All-Star guard Donovan Mitchell, the Knicks have been solid in the preseason, buoyed by the addition of Jalen Brunson.

Brunson has commanded the team’s respect and got the Knicks starters to play unselfish basketball. The Knicks starting five is averaging 14 assists against only 5.3 turnovers per game. They have outscored their opponents by 64 points when Brunson was on the floor.

Windhorst believes Brunson’s addition is a boon to the Knicks.

“I don’t think that [the Knicks] are going to be a surefire playoff team. I don’t think they’re necessarily going to be in the play-in (tournament) and they played a whole bunch of games last year with Alec Burks as their lead guard. They did that because of injuries and other circumstances. And this is just a huge upgrade and so they won 37 games last year that was in 11th place, and they may not win that many more this year but winning 41 or 39 games this year, might be a real good accomplishment considering how competitive the Eastern Conference is.

And I think it is a step forward for the Knicks and I don’t think they’re going to be an easy team to beat especially going into the Garden. There are going to be a lot of teams that go in there thinking this is a rare, easy night and the ease and they’re gonna walk out of there with a loss and Jalen Brunson is going to be a reason why more because of the upgrade that he is of what they had on the 37-win team last year.”

Windhorst joins his ESPN colleagues Bobby Marks and Zach Lowe who are bullish on the Knicks this season.

Marks thinks the Knicks can win 45 games, while Lowe is betting on them to win more than 39 games.

Despite the addition of Brunson and stretch-five Isaiah Hartenstein, the Knicks still face tall odds as the Eastern Conference has gotten deeper.

The Boston Celtics, Milwaukee Bucks, Miami Heat, and Philadelphia 76ers are still in the upper tier. Ben Simmons’ return could boost the Brooklyn Nets back into the conversation. The Cleveland Cavaliers went all-in with the Donovan Mitchell upgrade. Then the Toronto Raptors, Chicago Bulls and Atlanta Hawks along with the Knicks, Washington Wizards and Charlotte Hornets are bunched together in the play-in tier.

A return path to the playoffs remains tough for the Knicks. But with Brunson bringing stability to their backcourt and their depth, the Knicks might pull off another miracle run like they did two seasons ago with some luck.