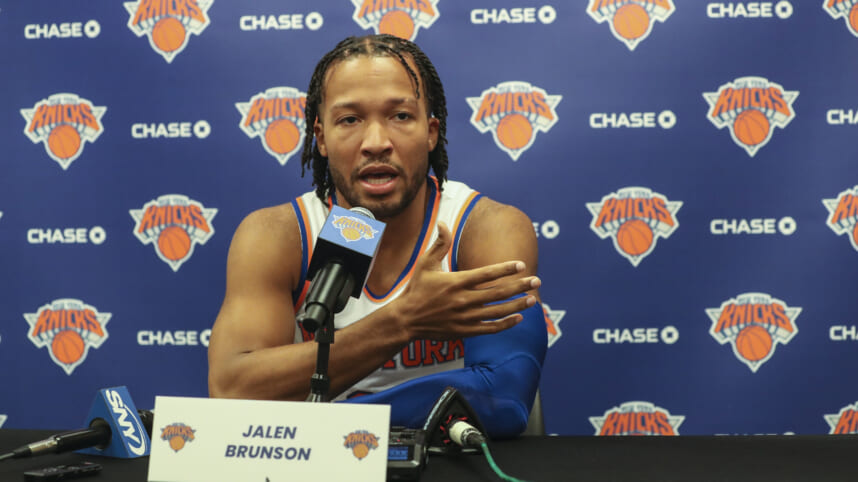 The New York Knicks could have easily topped this survey among NBA general managers: Which one player acquisition will make the biggest impact?

But that ship has sailed.

But it wasn’t all dim for the Knicks as they got the third-best player who relocated this season.

Brunson signed a four-year, $104 million contract to become the Knicks’ new lead guard after a revolving door of has-beens and wannabes.

He was one of the only two Knicks members mentioned in the annual survey among the league’s decision-makers. Tom Thibodeau was the other, who ranked fourth among the coaches with the best defensive scheme.

With the raucous Madison Square Garden crowd, the Knicks earned fourth place in the best homecourt advantage rankings. But they were nowhere near the top-six teams in the Eastern Conference rankings.

“I don’t think we have to lower our expectations. I think it starts with us in the locker room, how do we want to take that information? For most of us, we don’t really look at it and we don’t like to think about it. Deep down, we know people are doubting us. How can we prove to ourselves we’re type of team we want to be. So I mean, it is what it is. We can’t control that. We can only control the things that we can. So it’s whatever.”

Brunson will bring stability to the Knicks backcourt which they didn’t have for more than a decade. But in a stacked Eastern Conference, they remain to be heavy underdogs.

The Knicks are 20th on the Vegas Insiders championship odds. Their over-under win total is pegged at 38.5.

But some prominent media personalities are bullish on this Brunson-led Knicks. ESPN’s Bobby Marks could see them winning 45 games while Zach Lowe, on his Lowe Post podcast, bets on the Knicks to win more than 39 games.

With a healthy roster, the Knicks have the depth that could fuel another inspiring playoff run or at least a play-in tournament spot. The addition of Brunson and backup center Isaiah Hartenstein provide a new dimension to a reimagined Knicks offense.

Brunson embodies that underdog tag as he worked his way up to earn the biggest contract for a second-round pick.

He can’t wait to prove their doubters wrong.