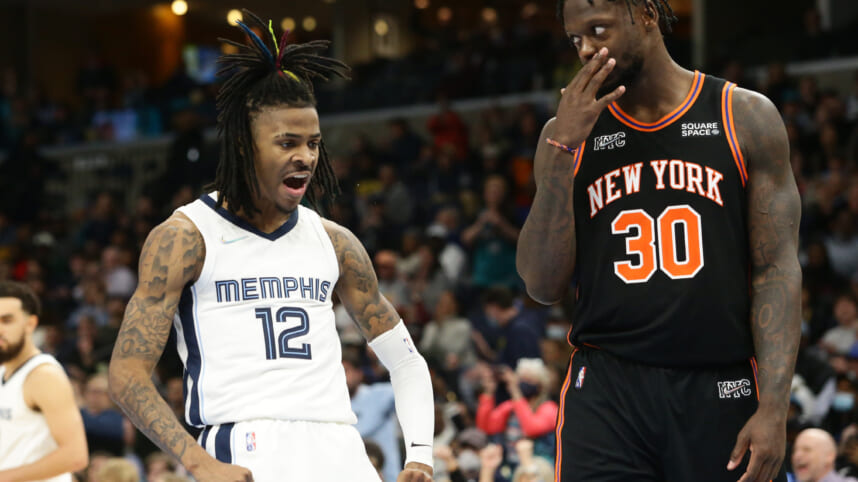 That’s how Tom Thibodeau wanted the New York Knicks to play this season. They showed a glimpse of that in their 3-1 preseason run.

Despite missing out on three-time All-Star Donovan Mitchell, the Knicks still had a solid offseason.

They went younger, trading away their veterans to sign 26-year-old Jalen Brunson to become their new lead guard. They got rid of the injury-riddled Nerlens Noel and replaced him with Isaiah Hartenstein, one of the best backup centers last season.

Brunson was as good as advertised in the preseason even though he dismissed it as ‘nothing’ since those wins didn’t count in the standings. But for the first time in a long while, the Knicks have a competent point guard who is just entering his prime.

“Jalen (Brunson) makes everyone around him better so, and I think that becomes contagious.”

The proof is in the pudding.

With Brunson at the helm, the Knicks starting five have outscored the opponents by 78.3 points in the preseason. They were playing off each other (13.4 assists to 5.6 turnovers).

Although the preseason play is hardly a gauge, those were encouraging signs that this unit is more cohesive than the Kemba Walker/Alec Burks-led starting fives last season.

Only 24, Hartenstein is just starting to scratch his potential as a modern big man — a stretch five who is also a solid rim protector — something that Thibodeau’s Knicks teams didn’t have over his first two seasons.

Their reimagined offense that came with the personnel changes will face an early test against a much younger Memphis Grizzlies team in what is expected to be a fast-paced and explosive season opener for both teams Wednesday night 7:30 p.m. E.T. on ESPN.

The Knicks enter the season as the 11th youngest team, with 34-year-old Derrick Rose as their only player above 30. On the other hand, the Grizzlies are the sixth youngest team in the league led by 23-year-old speed demon Ja Morant, the reigning Most Improved Player of the Year.

But don’t be fooled by the Grizzlies’ youth. They are not lacking in experience. Fresh from a franchise-tying 56-win regular season record and a trip to the Western Conference semifinals, the Grizzlies are a rising powerhouse.

With Morant, the Grizzlies like to push the tempo. They placed fourth in pace (100.52) last season. The Knicks placed second to the last (96.42), which is expected to change with Brunson. They played with a 102.38 pace in the preseason.

While all eyes will be on Brunson’s official debut with the Knicks, RJ Barrett will also be another player to watch.

Barrett has an extra motivation to show up after securing the least valued contract extension among prominent members of his draft class, which includes Morant.

The Knicks have a golden opportunity to spring an upset with the Grizzlies set to begin the season without some of their key players — Jaren Jackson, Jr. (right foot surgery recovery), Ziaire Williams (right knee soreness) — while their starting wing Dillon Brooks is doubtful to play with left thigh soreness.

Only Quentin Grimes (left foot soreness) is on the Knicks’ injury report. Thibodeau has so much depth left in his rotation.

Robinson enters the season in the best shape of his career. He’s also raring to prove he’s worthy of the $60 million contract extension. His preseason play was one of the biggest surprises next to Randle’s newfound style of play.

Without Jackson, Jr., Randle can bully Memphis’ second-year forward Santi Aldama. That will tempt Randle to get into the dreaded isolation plays that have stalled the Knicks’ offense in the past. Which version will the Knicks get: ‘Euro Ju’ or ‘Iso-Ju’?