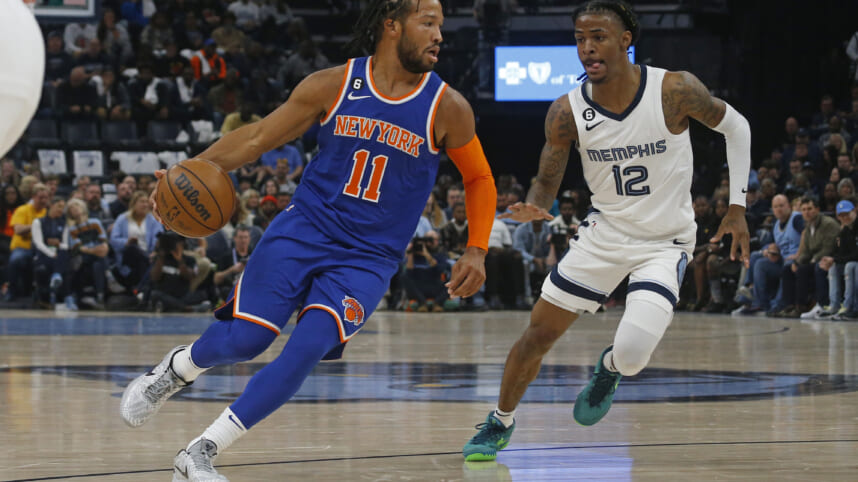 Jalen Brunson did not shoot well in his first official game as the New York Knicks‘ starting point guard. But he still had a positive impact on the team after shaking off early two quick fouls that kept him off rhythm.

Brunson was at his best in crunch time, assisting the Knicks’ final two field goals including Cam Reddish’s overtime-sending triple. He preserved Reddish’s heroics in the regulation by drawing an offensive foul from Memphis superstar Ja Morant in the final play.

But it was not enough to complete the Knicks’ comeback from a 19-point third-quarter deficit.

“I like the way we fought back. We made some players down the stretch. We didn’t make enough. It’s going to be easy for us when we play well and then win games that way. But for us to be a really good team, we got to win when it’s ugly. That was a chance for us but we’re going to learn from it and get better.”

The Knicks will likely figure in many ugly games, given the much-improved depth of the Eastern Conference. Winning close games would enhance their playoff chances. But they also have to take care of business at home, especially against rebuilding and tanking teams.

That opportunity presents itself Friday against the Pistons.

The Knicks easily won against them in the preseason, 117-96, but the Pistons are coming in confident after opening the season with a come-from-behind 113-109 win over fellow rebuilding team, Orlando Magic.

The Pistons are hungry for payback and want to spoil Brunson’s Garden debut.

“I’m excited [on my Garden debut as a Knick]! It’s going to be a fun night. But we need to win. That’s all I care about.”

Brunson is all business — the type of leader the Knicks sorely need to turn things around in New York.