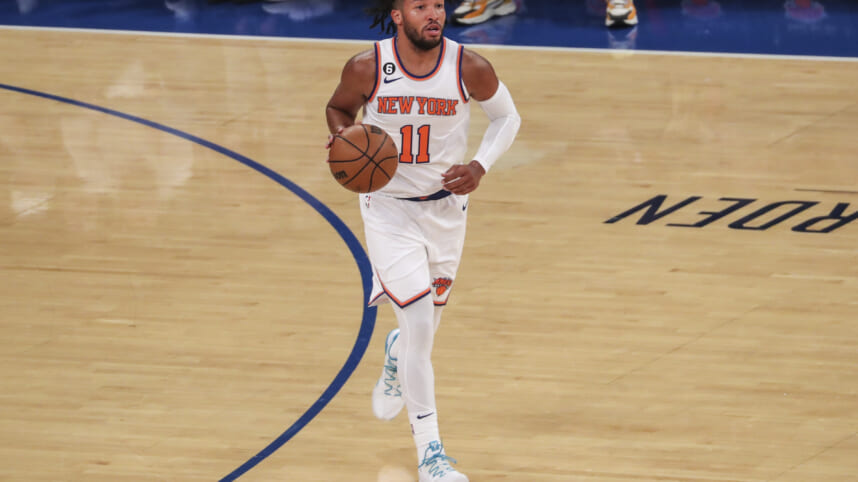 Finally, the New York Knicks have a legitimate point guard and a true stretch five.

Newcomers Jalen Brunson and Isaiah Hartenstein were good as advertised as they fueled the Knicks’ huge 117-96 win over the Detroit Pistons Tuesday night in their preseason opener.

Brunson electrified the Madison Square Garden crowd in his Knicks debut, delivering an ultra-efficient 16 points on 7 of 9 shots in only 19 minutes. He also dished out five assists against only one turnover and was a pesky defender, drawing two offensive fouls in the first half.

It did not take long for Brunson to get accustomed to the bright Garden lights. He scored off Pistons rookie Jaden Ivey, whom the Knicks coveted in the draft, for his first basket.

Brunson had six of the Knicks’ first eight points while the rest of the starting unit was rusty.

It took the second unit’s sharp shooting to shake off a young Pistons team.

Hartenstein hit two triples in a Knicks’ 13-0 run that broke the game wide open from a 27-27 deadlock at the onset of the second quarter. The German center was productive off the bench with eight points, seven rebounds and two steals. He was 3 of 5 from the field, including 2 of 3 from behind the arc.

While starting center Mitchell Robinson played just under 18 minutes, he was terrific on defense. He swatted away three Pistons attempts and disrupted several more. He added six points and four rebounds.

RJ Barrett and Julius Randle shook off their slow starts and finished with 21 and 15 points, respectively. Brunson eased their burden to create, and it led to an efficient shooting night for the long-time Knicks duo.

Barrett was 8 of 14 while Randle overcame missing his first three three-point attempts and wound up with 6 of 10 overall shooting from the field.

More importantly, all the starters ended with a double-digit positive net rating.

It all started with Brunson’s heady playmaking and stabilizing presence.