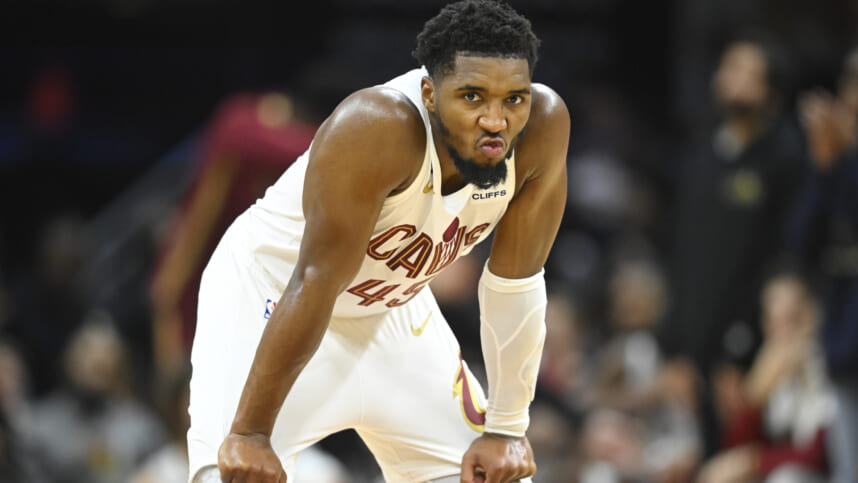 Donovan Mitchell did not have his customary rest at the start of the fourth quarter. Not with the Cleveland Cavaliers trailing by nine. Not against his hometown team New York Knicks, where he thought he was headed last summer.

“[Mitchell] told me he could go. And where we were at, we needed him to go. So we used our timeouts wisely to give him a couple of blows. …He said if we need him, he’s going to go [play].”

Mitchell played all but 40 seconds of the fourth quarter as he carried the Cavaliers on his back to erase an early nine-point deficit. By the time he was subbed out with 40.3 seconds left, the outcome had already been decided in the Cavaliers’ favor, 119-106, a massive 27-point turnaround.

Mitchell’s sensational 38-point, 12-assist performance lift the Cavaliers to a come-from-behind 121-108 win over the Knicks that put them second in the Eastern Conference with a 5-1 win-loss record behind the undefeated Milwaukee Bucks (5-0).

He destroyed every Knicks defender thrown at him, bending their defense to his will.

His two-man game with Kevin Love in the fourth quarter was unstoppable as they combined for 28 of the Cavaliers’ 37 fourth-quarter points.

Mitchell accounted for 25 points — a season-high 12 points and four assists on four three-pointers, including a four-point play from Love — in a masterful performance that will haunt the Knicks’ front office.

“I always love playing against my own team. I mean it’s easy to point to the summer and say that but I’m pretty much friends with everybody on that team so it’s always great to play against your guys. And I got nothing but love for them and [Knicks associate head coach] Johnnie Bryant is like a big brother to me. So it’s always fun to go against them.

I wouldn’t say I used [that failed trade as a motivation] for that but definitely everybody probably will make that but that’s not what it is. I got nothing but love for those guys over there. But when it’s when your home team, you want to go out there and play hard and that’s all I was trying to do.”

Last summer, everybody, including Mitchell, thought he was going home to become the new face of the Knicks. But as it turned out, the Knicks reportedly did not want to give a third unprotected pick to the Utah Jazz, and they pivoted to handing RJ Barrett a $120 million, four-year extension, the most lucrative contract in franchise history.

Barrett came out with his best shooting night — 15 points on 6 of 10 field goals and 3 of 4 three-pointers — but his numbers and his presence were not up to par with Mitchell’s MVP-type production.

Still 22, Barrett has time to approximate Mitchell’s status. But the Knicks could have had a superstar without gutting their roster. Barrett, Immanuel Quickley, and Evan Fournier (heading to a third team), plus three unprotected first-round picks were reportedly amenable to the Jazz. But the Knicks haggled with the third pick, trying to put protections on it that basically killed the deal. And the Cavaliers swooped in.

Mitchell was everything they hoped he would and more.

So, you know, again, I could be wrong. He was in the Western Conference. I didn’t see him all but he just seems to be a better complete player than I thought. There’s nothing that he’s not capable of doing on the basketball court.”

Mitchell is an early MVP candidate with his production that heavily contributed to the Cavaliers’ 5-1 start. The Westchester native is averaging 32.2 points, 4.2 rebounds, 7.3 assists and 1.7 steals while shooting 50 percent overall and 46 percent from the three-point range, all career-highs.

The Knicks have dropped three games against contenders and won over projected lottery teams, a clear sign that they are a middling team at the moment. Though they still have their treasure trove of draft picks, there’s no telling when the next star, willing to come and play in New York, will become available again.

Asked if he thinks the Knicks would like a do-over of the nixed trade, the Cavaliers star quickly bounced it back to his home team that had already passed up on him twice (in the draft and last offseason).

“You gotta ask them. I’m happy. I’m happy to be here, and [I’m] over with. We got a good win. We’re five and one, and I will see these guys again in a month or two or whatever it is, so they’re going to be ready.”

With the way Mitchell has been playing, the Knicks, whether they admit it or not, must have been thinking about what could have been.