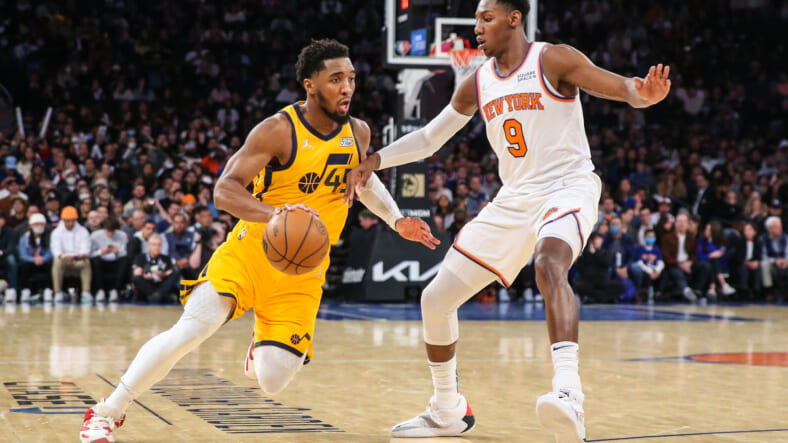 File Donovan Mitchell on the list of “The One That Got Away” from the New York Knicks.

Cleveland Cavaliers, who reportedly backed out and then came sneaking back from behind, outbid the Knicks to win the Mitchell sweepstakes.

The dealbreaker was the Knicks’ reluctance to give a third unprotected first-round pick. They were only willing to add a top-5 protected pick, according to ESPN’s Adrian Wojnarowski. Rose delivered an ultimatum to Utah and set Monday as artificial deadline for Barrett to be included in the package. The Jazz didn’t budge.

After Utah called New York’s bluff, which led to Barrett’s $107 million, four-year rookie extension that could end up to $120 million if he hits bonuses, Cleveland found the opening to get back into the negotiation table.

Now, the pressure is on Rose to show he did the right thing of keeping their draft capital and investing in Barrett long-term.

Part of the reason Rose was reluctant to give up more than two unprotected picks was the belief that they had the best offer available. It turned out that was not the case.

The Knicks were believed to be the frontrunner to land Mitchell owing to their eight first-round picks (four unprotected and four conditional picks from other teams).

But in the end, Rose’s conservative approach did them in. He will have to settle with last season’s playoffs breakout star Jalen Brunson as his prized acquisition this offseason.

The Knicks’ hunt for a bona fide star continues.