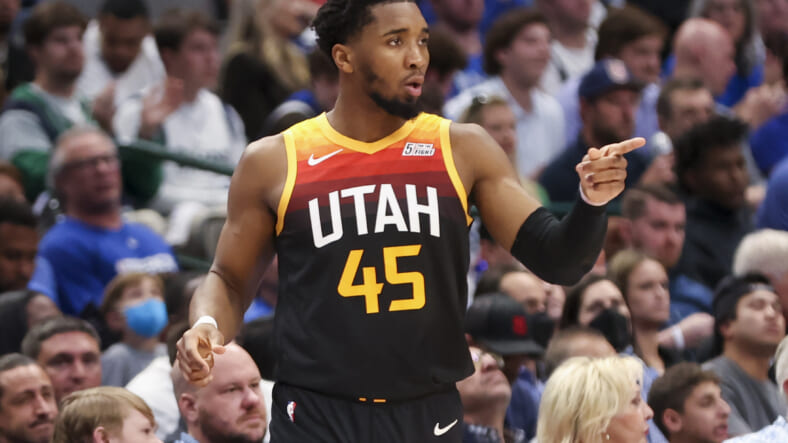 With the NBA training camp just a few weeks away, the clock is ticking for the Utah Jazz and the New York Knicks to complete a Donovan Mitchell blockbuster trade.

The Jazz are reportedly looking to trade Mitchell sooner rather than later.

“The Jazz are beginning their business. They made their first post-Rudy Gobert move earlier this week when they traded Patrick Beverley to the Lakers. [Tim] MacMahon, you said I believe last week that you thought that the Jazz would make a Donovan Mitchell trade before the [regular season] opener. And it sounds to me in talking to people around the league that the Jazz want to try to go even sooner than that. They want to go before training camp.”

The uncertainty of the futures of Mitchell and the Knicks’ players who would be involved in the trade hanging over both teams is not the ideal situation to start their preseason buildup. It could mess up the psyche of a Knicks team trying to bounce back from a disappointing season and the Jazz’s plans to tank for the loaded 2023 NBA Draft.

The high-stakes poker game is reaching the river, and there’s a sense of desperation among the Jazz’s front office based on the recent reporting coming out of Utah, including a leak of “intriguing multiple offers” perceived as a leverage move to pressure the Knicks to cave into Danny Ainge’s demands.

“It does sound as I talk to folks in the league that the Jazz are trying to apply the gas here — to try to juice the offer, especially juice the offer from the New York Knicks.”

But the Jazz suffered a big blow Friday when the Cleveland Cavaliers reportedly backed out from the Mitchell sweepstakes.

The Cavaliers have Collin Sexton and own six of their next seven first-round selections (their 2023 pick would go to Indiana if they fall outside the lottery).

Still, the Cavaliers cannot compete with the five first-round picks the Knicks have offered, as they could only do with three first-round selections and pick swaps.

The Mitchell trade is still for the Knicks to lose. But the Jazz, whether they admit it or not, can’t hold on to their star player, whose value will diminish as his contract years dwindle and wasted in tanking, longer than they are trying to project.